Dear Reader,
To begin with, the article title only tells part of the story.
Most people who have any familiarity with Employee Stock Ownership Plans (ESOPs):

a. don’t understand what ESOPs actually offer
b. don’t elaborate on the current benefits to ALL of the employees, but will instead,
c. espouse the usual scenario where a business owner wants to exit their business and pass it on to their own children.

In exploring that particular option, some discover that their plan to pass their business to their own children is no longer viable, since one now wants to be a famous blogger/influencer, and the other wants to quit business school and go off to “find themselves” while selling shaved ice on the beach in Waikiki or other some such adventure.

This scenario leaves the owner with the only viable option being to sell to an outside buyer. And if successful, be taxed heavily on the capital gain (such as, in California for example, incurring a tax as high as 38%). But as is often the case (over 80%), owners sell whatever depreciated assets are remaining, close the doors and walk away.

Enter what is becoming a favorite alternative: sell the company to the employees via the ESOP. This option avoids the closure of the business, doesn’t trigger a capital gains tax, and provides a better chance for valued employees to keep their long-term jobs and be participants in the future profits and growth of the company.

The essence of this article is to add one more option. This option describes the fact that under the new environment for qualified plans and tax related issues, the ESOP now becomes one of the premier ways of accelerating the growth of the business and to a higher, eventual value. Therefore, with the business owner’s collaboration, at an earlier stage than the succession-exit, perhaps as early as their late 30s or 40s, with some proprietary designs, the ESOP is no longer limited to the tax-favored selling of a viable business. It has become one of the most effective ways to BUILD the business.

As well, we are helping to insulate many current companies from the “Silver Tsunami.” This term was recently created to describe the increasing number of companies owned by baby boomers that will enter the seller’s market over the next 10 years. Boomers have become a factor in the reduction of the ratio of buyers for those companies. The result is many viable businesses just close their doors and walk away.

HISTORY OF ESOPS
ESOPs are not just a current program. Historically, ESOPs have been around (in practice), for a few hundred years, going back to the days of the sharecroppers, working in concert with the landowner. In the post-Revolutionary era, some of our founding fathers spearheaded by George Washington, Thomas Jefferson and Alexander Hamilton enacted legislation for tax breaks to the remaining companies in the fishing industry, to assist them in their recovery of the damages caused by the Revolutionary War. But ONLY if ALL the employees were sharing in the profits and equity of those companies that were accepting the tax-savings aid.

Later, in the 1800’s, a few companies (such as Proctor and Gamble and Sears & Roebuck), did a similar arrangement by giving shares of stock to long-term employees for their retirement. This model was formalized in the Revenue Act of 1921 as a framework for Stock Bonus Plans.

In the 1950s, economist and lawyer Louis Kelso established many models that enabled employees to use the company assets to facilitate loans for the purpose of buying the company from the departing owners.

Enter what is becoming a favorite alternative: sell the company to the employees via the ESOP. This option avoids the closure of the business, doesn’t trigger a capital gains tax, and provides a better chance for valued employees to keep their long-term jobs and be participants in the future profits and growth of the company.

Several other financial and legislative actions encouraged the growth and spread  of the ESOP. It became legitimized as part of ERISA, right alongside pensions, profit sharing, Keough, etc. Going forward, ESOPs kept their value to companies for many different uses (avoiding collapses, expansions, exits, etc.) with the selling-succession and exit model being the mainstay. This is how Kelso first designed the ESOP and the programs that followed stayed in that lane. Since that model is structured to allow the employees to attain a loan to buy the stock, the general terminology labeled those transactions “leveraged ESOPs.” This is how I was introduced to them, at a conference I attended during my first month in the life insurance business, where the main speaker was Louis Kelso. Of course, I was still memorizing my sales talk, and trying to stay alive, selling individual, personal policies to my friends, my family and Kappa Sigma fraternity brothers.

… Under the new environment for qualified plans and tax related issues, the ESOP now becomes one of the premier ways of accelerating the growth of the business — and to a higher, eventual value.

As I later worked my way into the business market, from ages 28-30, my market wasn’t filled with 65-year-old business owners, selling or gifting their businesses. My business owner profiles were in their early to mid-40s. They were focused more on minimizing taxes, starting pensions and 401k(s) and thinking that they should be buying term insurance, since it was “cheaper” to have more profits to reinvest back into the business or to support their lifestyle.

When discussing estate planning with an older alumnus of my fraternity, we discussed different forms of depreciation as a tool to redirect profits back into a real estate company. This could work, since the depreciation was a NON-
cash deduction instead of actual expenditures such as improvements. This created more capital to accelerate acquisitions of more and more rental units, etc.

I examined that principle, and made the connection to that seminar on ESOPs. Using the concept of transfer of non-cash, depreciation to an operating business, such as construction, restaurant, etc., I could advise a contribution of company stock into an ESOP instead of cold-hard-cash into a pension plan. It would be the very same deduction, but my approach would be a “code” deduction (as with depreciation), as opposed to a “checkbook” deduction. This would allow the owner to retain their profits for growth by reallocating them to what I would later trademark as “TERC”™ (Tax-Exempt-Retained-Capital™). This created what I would later trademark as “FIFI”™ (Fully-Insured, Financial Infrastructure™). In the same process, this established the foundation that would later allow businesses to avoid the capital gains tax, via a 1042 exchange.

NEW ERA OF ESOPS
This brings us to the new era of ESOPs by employing the seldom-used format of contributing newly-issued shares of stock on a year-to-year basis. With solid support by Congress and think tanks both conservative-capitalistic and progressive-socialistic — ESOPs are now being implemented on a wider scale. ESOPs are being employed as one of the only ways to solve the problems that exist for the majority of businesses in the United States today — moving profits to Main Street instead of Wall Street. One legislative program that reinforces that is “The Main Street Employee Ownership Act of 2019” along with many others now in process in Congress as well as in various state legislations.

Other good examples include the recently passed Secure Act and Cares Act. These benefit companies with ESOPs, or those that are contemplating an ESOP. In the past, an ESOP would have to be completed by Dec. 31 of the year in which participants contribute to the stock on a deductible basis. Now, participants can wait to complete in the next year by the time (in the next year) that they file their taxes to affect the legal installation of that ESOP for the previous year. This is somewhat similar to being able to take a tax deduction for last year on an expense for this year essentially a retroactive ESOP.

Let’s look at a scenario that is now newly available. Say we have a company with a gross revenue of $40 million and a net, taxable profit of $1 million. It has a qualified payroll of $8 million allowing a tax-deductible contribution of stock into the ESOP for as much as $2 million. This is more than the amount needed to eliminate the current $1 million, thus allowing us to create a $1 million net operating loss (NOL) which can be carried forward indefinitely.

In many of our more recent cases, we also examine the possible use of an 831b Captive Insurance Company. This will insure the property casualty risks of the operating business cost segregation, enterprise zone, etc. and many others to employ the highest use of deductions, to carry forward indefinitely with minimum amount of cash expenditures. For example, in the case we just described between only the ESOP and the 831b Captive Insurance Company, we can provide for a deduction of more than $4 million of NOL. This impacts the amount of future taxes owed to the IRS and whichever state tax body, allowing the business owner to continually retain those profits. To maximize this TERC, we will possibly use premium financing on the life insurance, and even sometimes the 831b Captive Insurance Company to insure the property casualty risks of the operating business. All of this will enhance this newly created growing structure and vector all of the components to match the timeline-runway for the business owner’s maximum exit amount.

But the ESOP is the usual starting point, due to the new, increased congressional support and growing awareness and popularity.

There are multiple scenarios to add, including how we manage hypotheticals in multiple models and comparative studies, the viable options, with case studies.

That bears waiting for a future opportunity to “drill down” much deeper, whether in a workshop or a series of articles or seminars. 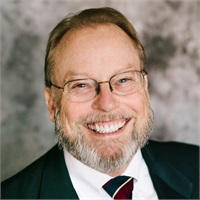 KELLY SMITH SR CLU ChFC, has worked in the insurance and financial services Industries for more than 40 years. He obtained undergraduate degrees in finance and marketing, with a secondary emphasis in accounting and economics.

Smith consistently qualified as a life member of the Million Dollar Round Table (MDRT) for all of his 42-years of membership, including his rookie year. He holds a 17-year membership of the Court of the Table and an 11-year member of the Top of the Table. As the youngest member of the MDRT Quarter Century Club, Kelly stays very active in MDRT through the MDRT Mentoring program as well as the MDRT Knights Foundation.