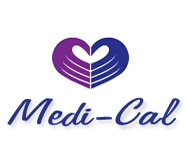 Doctors and dentists who see low-income patients on Medi-Cal are getting a raise for the second year in a row under a budget deal approved by California lawmakers Monday.

The Assembly and Senate approved more than $2 billion for higher medical and dental payments and to forgive loans for doctors and dentists who spend much of their time treating Medi-Cal patients. Gov. Jerry Brown, who negotiated with lawmakers on the plan, is expected to sign it.

The money comes from a $2-per-pack tobacco tax increase approved by voters in 2016 and federal matching funds.

The plan passed the Legislature without debate following a contentious fight last year over how to spend the tobacco tax money. Brown wanted to use the money to cover normal growth in Medi-Cal costs, angering health care provider groups who funded the campaign to raise the tobacco tax and said voters were told the money would be used to boost provider payments.