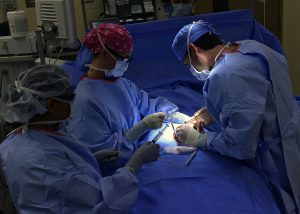 In case you missed something, here’s a roundup of what’s going on with the unfolding drama of U.S. health insurance…

No Repeal but Maybe A Replace
In the waning hours of Monday night, Senate Majority Leader Mitch McConnell pulled the plug on Republican-led efforts to repeal and replace the Affordable Care Act. The decision came after several Republican senators said they could not support the replacement BCRA as proposed. McConnell then hatched a plan to have a vote on ACA repeal and deal with replacement later. Though at least three Republican senators immediately said they would not support a repeal now and replace later effort, McConnell has said Republicans will press on and try to repeal the ACA next week. The White House blames Democrats for the BCRA collapse, according to The Washington Examiner.

In the meantime, Employee Benefit News reports that health insurers, hospitals and doctors are trying to figure out how to approach the next chapter in American healthcare:

The healthcare industry is facing an accumulation of “ifs.” Obamacare’s insurance markets still have problems, with insurers pulling out of some areas and raising premiums in others. President Trump has many powers at his command to undermine them further — and has threatened to do so. And there’s no map and no timeline by which lawmakers might find a resolution.

“There is no clear path out of this,” says Robert Laszewski, an insurance industry consultant who’s critical of Obamacare. “Individual markets continue to spiral downward partly because of the inherent issues in Obamacare’s market architecture and partly because of Republican efforts to make things even worse.”

The consequences of that uncertainty are already showing in the ACA’s individual markets. Insurers have pulled out of some areas and are boosting premiums in others, meaning consumers in some regions will face fewer options and higher prices next year. In a few parts of the country, there are currently no Obamacare insurers at all.

Read the full article on EBN.

Despite the healthcare reform setback, The Hill reported that Trump cast his presidency as a string of victories, saying the United States was winning in the war of terrorism and that it would secure an overhaul of the tax code.

HSAs in the Spotlight
Bloomberg contends that Health Savings Accounts (HSAs) may be just the thing to bring Republicans and Democrats together. Already 20 million Americans have HSAs, but these seem to be the people least need help. According to the Congressional Budget Office, HSAs cost around $2.4 billion a year, with the benefits heavily weighted toward the upper end of the income range. Some argue that HSA flaws like these should be fixed and be made more accessible and inclusive. Read the full story at Bloomberg. And don’t miss more HSA coverage in the August issue of California Broker magazine.

NBC News/WSJ Poll: Very Low Support of GOP Health Care Even In Trump-land
About 12 percent of Americans – including Republicans, Democrats and Independents – living in the counties that fueled Donald Trump’s 2016 presidential victory now support the Republican Party’s efforts on health care reform, according to a new NBC News/Wall Street Journal poll specifically of these regions. By contrast, 41 percent said that the AHCA, the health care legislation that the House of Representatives passed in May, was a bad idea while 47 percent had no opinion or say they’re not sure.

Among Trump voters in these counties, only 25 percent believe the AHCA is a good idea, 16 percent think it’s a bad idea and 59 percent have no opinion or are unsure.

Last month’s national NBCNews/Wall Street Journal poll found 16 percent of all Americans believed the AHCA is a good idea, versus 48 percent who see it as a bad idea. Go to NBC News for more about the poll’s findings.

Where Is the CBO With Cruz Amendment?
The Washington Examiner reported that lawmakers said they think the CBO’s analysis of the new draft will take longer than expected because the score will now include the complicated Cruz amendment. Some Republicans may be waiting for the CBO’s analysis before deciding whether to support the ACA repeal. But The Hill reported that lawmakers may not even use the nonpartisan CBO to review the Cruz amendment. Apparently, there’s talk that they will use analysis from the Trump administration — including the Health and Human Services Department and the White House Office of Management and Budget. These offices could provide a much more favorable analysis for the bill

WarnerFest Broker Events- July 26 and 27
The Central Valley is the focus of Warner Pacific’s popular WarnerFest event this year. WarnerFest 2017 Central Valley will be held July 26 in Bakersfield and July 27 in Fresno. Experts will get brokers up to speed on single-payer health care, time-saving tech tools and fourth quarter readiness. Carrier partners will also be in attendance at this complimentary event and breakfast meeting. For more information, visit the WarnerFest webpage.

NAFA Webcast- July 26
Eat lunch at your desk on Wednesday, July 26, 2017, noon. That’s when the National Association of Fixed Annuities will host a webcast with Ben Ayers, senior economist at Nationwide. Ayers will discuss the current state of the U.S. economy and share a forecast for 2017 and beyond. He’ll also take a closer look at:

Register for the NAFA webcast here.

LAAHU/VCAHU Senior Products & Marketing Summit- August 24 Studio City
Don’t forget…The Los Angeles Association of Health Underwriters and the Ventura County Association of Health Underwriters have teamed up for a joint Senior Products & Marketing Summit. The event has moved to a larger venue, which allows for two learning tracks of education, additional sponsors and exhibitors to be a bigger part of the day. The summit will take place August 24, 2017, 8:30am-4:30pm at the Sportsmen’s Lodge in Studio City. There’s still time to register or inquire about sponsorship opportunities.

Don’t miss the Insurance Industry Charitable Foundation (IICF) Women in Insurance luncheon at the City Club in downtown Los Angeles August 24, 11am-1pm. The theme is “The Power of Diverse Thought and Innovation.” Admission is $75. Sponsorship opportunities are also available.  Register online via the event website.

Atlanta-based Hodges-Mace, a leading provider of benefit management software and services, announced that in recognition of his ongoing contributions to the company, Kevin Andrews has been appointed to president. Andrews has been serving as chief technology officer since SmartBen was acquired in 2014. In his dual role as President and CTO, he will continue to lead the advancement and innovation of technology solutions for Hodges-Mace.