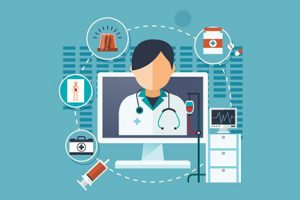 Doctors there were stumped, and the nearest pediatric specialist was 100 miles away in Sacramento.

Fortunately for Avery, the ER doctors were able to make a two-way, online video connection to consult with a UC-Davis neonatologist, who viewed high-resolution images of the infant and her vital-signs monitor. The specialist suspected a congenital heart condition and prescribed a drug that stabilized her breathing.

“Without telemedicine, our daughter would have died that night,” Griffiths said. She was relieved that her family’s insurance company reimbursed the cost of the remote services her child received. “Nobody should be denied the health care they need because of where they live,” she said. Full Article here.