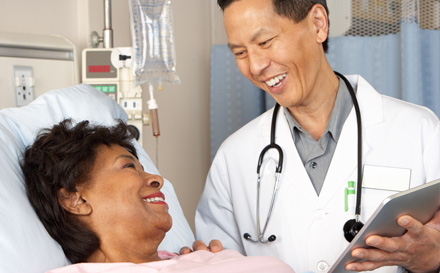 HEALTHCARE
Final Rule On Excepted Benefits
The U.S. Departments of Labor, Health and Human Services, and the Treasury published a final rule to amend the definition of benefits under the Affordable Care Act (ACA). Generally, excepted benefits are not subject to the ban on dollar coverage limits or pre-existing conditions clauses in the ACA. These non-medical benefits offer medical coverage, such as auto liability, workers’ compensation, dental, vision, and long-term care. Employees who only get excepted benefits by their employers can still get premium tax credits to purchase individual coverage through the ACA’s public exchanges. In limited circumstance, the final rules permit group health plan sponsors to offer wraparound coverage to employees who are purchasing individual health insurance in the private market, including in the Health Insurance Marketplace.

The rule sets forth two pilot programs for limited wraparound coverage. One pilot allows wraparound benefits only for multi-state plans in the Health Insurance Marketplace. The other allows wraparound benefits for part-time workers who enroll in an individual health insurance policy or in Basic Health Plan coverage for low-income individuals established under the Affordable Care Act. These workers could, under existing excepted benefit rules, qualify for a flexible spending arrangement alternative to this wraparound coverage. For more information, see the March 18 edition of the Federal Register at federalregister.gov.

Kev Coleman, head of Research & Data at HealthPocket said, “With 10,000 seniors aging into the Medicare program a day and many on fixed incomes, industry analysts and government researchers must remain vigilant in monitoring Medicare insurance costs. Medicare Advantage, one of the most popular Medicare insurance options, can be very cost competitive but we found that there are pronounced regional disparities in average premiums and drug deductibles.” For more information, visit HealthPocket.com.

“Seniors cannot afford another cut to their Medicare Advantage coverage. Policymakers should take action to stabilize Medicare Advantage funding for the millions of beneficiaries who depend on the program,” said AHIP President and CEO Karen Ignagni.

The chart below highlights states most affected by the change in payments from 2013-2016:

As CMS prepares to finalize payment rates for next year, a growing number of voices are asking the agency to protect seniors from any further cuts. Bipartisan majorities in Congress—including 53 senators and 239 representatives—recently sent letters urging CMS to prevent additional cuts to coverage and benefits. Final payment rates will be released on April 6, 2015. For more information, visit www.ahip.org.

Expanding Medicaid Helped to Identify Undiagnosed Diabetics
States that have expanded their Medicaid programs under the Affordable Care Act (ACA) are capturing more people with previously undiagnosed diabetes, allowing them to begin treatment earlier, potentially reducing complications and other negative outcomes, according to a study being published online and in the May issue of Diabetes Care. For more information, visit diabetes.org.

Patients Want Access to More Health Plan Information
Thirty-six percent of exchange consumers with chronic conditions have a hard time finding information about covered providers and medications, according to a survey sponsored by the National Health Council (NHC) and conducted by Lake Research Partners. Thirty-eight percent have a hard time finding a list of prescription drugs on the exchange site. Only 37% of patients who are enrolled in silver plans say they have all the information they need when making a decision.

At the same time, only seven state exchanges analyzed by the NHC have additional website resources and tools beyond the federal minimum requirements, and only one state has passed contracting requirements to enhance plan information transparency. Consumers said the following would be helpful:

While federal rules set minimum requirements for the exchanges, some states have taken extra steps to make their insurance markets more patient focused. With the assistance of Avalere Health, the NHC evaluated 32 states on 15 metrics identified as important to the patient community and spread across five principles – non-discrimination, transparency, state oversight, uniformity, and continuity of care. All states analyzed have taken steps to enhance the patient experience, but to widely varying degrees. Twenty out of the 32 states have addressed five or fewer of the metrics as of January 1, 2015. For more information, visit nationalhealthcouncil.org.

Another issue facing employers is the ACA’s 2018 excise tax on high-cost health plans including retiree health benefits. Thirty-nine say the tax is a major reason to evaluate retiree medical strategy over the next few years. Only 38% say their retiree medical benefit is effective in attracting and retaining workers. Just 26% say the benefit is integrated with broader workforce management and retirement strategies.

“Employers have tried to reduce the cost and risk exposure of retiree medical benefits by changing plan design, capping subsidies, changing eligibility requirements and limiting or ending the benefits for new hires. However, many employers recognize that these traditional cost- and risk-control solutions have run their course and that other alternatives may better connect with business goals,” said Julie Stone, a Health and Group Benefits leader at Towers Watson.

Seventy-eight percent of employers are using or considering a private Medicare exchange to help retirees select individual coverage. Forty-one percent are funding or considering funding retiree medical benefits through a voluntary employee beneficiary association or 401(h) to reduce their risk profile. And 21% of employers are converting their subsidy to a retiree medical savings account, with another 18% considering this by 2017.

New options for pre-Medicare retirees include public and private health insurance exchanges. While only 8% of employers are very confident about public exchanges for 2015, confidence rises to 35% by 2017. Fifty-two percent will reassess their approach to providing pre-Medicare retiree health care benefits and consider public health insurance exchanges by 2017. In fact, 31% are considering these changes for 2016. One new strategy involves employers purchasing group annuities for retirees. The annuities transfer the financial responsibility and liability for employer-provided subsidies to a highly rated insurer, which guarantees lifetime funding of health care benefits for retirees. Reports that employer-sponsored retiree health care will disappear are exaggerated. New alternatives allow employers to attract talent and help workers plan for retirement, concludes Parson. For more information, visit towerswatson.com.

IN CALIFORNIA
Heffernan Hires VP of Health Benefits
Heffernan Insurance Brokers, one of the largest full-service, independent insurance brokerage firms in the United States, recently hired Seth Holmberg to join its Walnut Creek office as Assistant Vice President of Health Benefits. Holmberg will be responsible for business development for the Employee Benefits division. Holmberg comes to Heffernan from the country’s largest employee benefits general agency, where he spent three years working directly with benefit brokers, learning products, and underwriting guidelines from various partners such as Aetna, Anthem, Cigna, California Choice, Health net, and United Healthcare. During his tenure, he achieved elite sales awards in 2012, 2013, and 2014.

Two More Insurers Agree to Appropriate Use of Death Master File
Insurance Commissioner Dave Jones announced multi-million dollar settlement agreements with Guardian Life and Pacific Life related to their use of the Social Security Administration’s Death Master File database. Insurers agreed to reform their business practices and use the database to search for policyholder beneficiaries that might be owed benefits from a life insurance policy.

As part of the settlements, Guardian Life will pay $2 million to the states participating in the national investigation of life insurers, and Pacific Life will pay $2.45 million. To date, 18 life insurers have agreed to reforms in using the Death Master database to search for deceased policyholders and make benefit payments.

Insurance Commissioners for California, North Dakota, Florida, Illinois, New Hampshire and Pennsylvania, are leading the national investigation of life insurers to ensure compliance with California’s Unfair Insurance Practices Act and similar laws in other states. California led the market conduct examination of Pacific Life and New Hampshire led the exam of Guardian Life, each with assistance from the other lead states.

Insurance Commissioner Dave Jones said, “The Ledesmas knew it was illegal to file for and collect disability benefits while still working. Their criminal activity is part of the health insurance fraud epidemic that totals billions of dollars annually and results in higher premiums for all consumers.”

In 2008, Jonathan Ledesma filed a disability claim with Unum, indicating that he was also unable to work due to medical reasons. He denied knowing Dr. Glenn Ledesma even though he listed the doctor as his employer. Investigators discovered that Jonathan Ledesma was the CEO of one of eight of Dr. Ledesma’s medical corporations and his adopted son. From 2010 to 2013, Jonathan Ledesma collected more than $200,000 in disability benefits while performing administrative duties as CEO. Suspects have been arrested and booked into the Inmate Reception Center in Los Angeles. Bail is set at $50,000 for each and they may face 20 years in state prison if convicted on all counts. This case is being prosecuted by the Los Angeles County District Attorney’s Office.

And the Award for the Worst Employer Goes to…
Harry Minassian, 55, of Granada Hills and owner of Pacific Construction was arrested on four felony counts of workers’ compensation insurance fraud after refusing to report an employee’s serious injury to the State Compensation Insurance Fund. A Pacific Construction employee received a puncture wound to his foot while on a jobsite, which became infected. The infection led to the employee’s leg being amputated below the knee. The employee reported the injury to his employer, but Minassian refused to report it to the State Compensation Insurance Fund, his workers’ compensation carrier and denied workers’ compensation coverage for his employee.

In this case, the employer was negligent and allowed his employee to suffer unnecessarily and end up with a permanent disability. The employee was awarded permanent disability after he filed a claim with the insurer. The department’s investigation began after the State Compensation Insurance Fund reported Minassian and that he had a history of failing to report employee injuries. Minassian owed nearly $12,000 in workers’ compensation insurance premiums and failed to deduct required payroll taxes and social security for all of his employees. Minassian was booked at the Los Angeles County Jail Twin Towers Inmate Reception Center. His bail has been set at $120,000. If convicted on all counts, Minassian faces a maximum of five years in county jail. This case is being prosecuted by the Los Angeles District Attorney’s Office.

LIFE INSURANCE
Advisors Face a Product Gap
Low interest rates and insurance company financials signal an income product gap for advisors, according to a study from Cerulli Associates. Financial market returns of recent years have been challenging for income-seeking investors. A period of low interest rates has called into question the viability of overweighting traditional fixed-income securities as a vehicle for generating retirement income.

Conversely, strong domestic equity markets accompanied this period of low interest rates, which has also affected the balance sheets of insurance companies and their ability to match the pricing of recent years. Insurance and annuity companies are in the early stages of offering more diversified product solutions.

Elizabeth Malin, analyst at Cerulli said, “If positioned correctly, the evolution of the annuity industry can tie well with the emergence of a more interactive planning process.” She added that these pressures are particularly important for financial advisors. The client base of advisors tends to skew older than the population as a whole. On average, 45% of an advisor’s book of business is comprised of clients older than 60, an indication that many advisors may have dozens of clients that are already retired and drawing income. In certain instances, advisors are forced to craft portfolios that rely on more risky sources of retirement income. Notably, the two most prevalent retirement income products for advisors in 2014 were both equity-based, relying on dividends from individual stocks and equity mutual funds, and as a result, taking more risk than they intend. Retired investors, in particular, are likely to be more risk averse and less able to withstand market downturns. Advisors can mitigate these factors through prudent asset allocation and diversification strategies, she added. For more information, visit cerulli.com.

Variable Annuity
Voya Financial is offering a flexible premium deferred index-linked variable annuity. Voya PotentialPLUS offers the potential for investment growth tied to the performance of up to four major market indexes while providing protection against a drop in those indexes. For more information, visit voya.com.