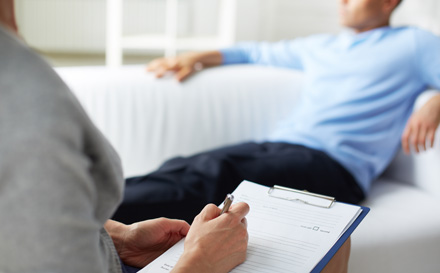 HEALTHCARE
Insurers Fall Short in Mental Health Coverage
Health insurance plans are falling short in coverage of mental health and substance abuse conditions according to a report by the National Alliance on Mental Illness (NAMI). The organization surveyed 2,720 consumers and analyzed 84 insurance plans in 15 states.

A federal parity law, enacted in 2008, requires mental health benefits in some employer-sponsored plans to be provided on the same terms as other medical care. Coverage was expanded under the Affordable Care Act (ACA) in 2010. However, the report finds the following problems with mental-health coverage:

The report makes these recommendations:

Insurers rely on February and March enrollment reports to assess which competitors gained and lost members during the last open enrollment period, which occurs from October 15 to December 7 each year.

HMO plans have been the predominant type of coverage in the Medicare Advantage segment for several years. As of March 2015, about 62% of members were enrolled in an HMO plan. PPOs, including local and regional plans, covered 31% of Medicare Advantage enrollees.

The Medicare Advantage market is still ripe for growth with an unpenetrated market of 37 million and growing, according to the Centers for Medicare and Medicaid Services (CMS). To read the full text of the report, visit markfarrah.com.

Bill Would End Specialty Tier Cost Sharing
Reps. David B. McKinley R-WV and Lois Capps D-CA introduced a bill that would counteract a trend in today’s health insurance market: moving vital medications into specialty tiers with high cost sharing. The Patients’ Access to Treatments Act (PATA) of 2015 would limit cost-sharing requirements for medications placed in a specialty tier. Specialty tiers commonly require patients to pay a percentage of the cost of the drug co-insurance, which can range from 25% to 50% or higher, resulting in hundreds and even thousands of dollars a month in out-of-pocket costs. New and innovative medications often fall into these tiers.

For people with arthritis, many of these new medications are biologics – a true innovation for people with autoimmune forms of the disease, such as rheumatoid arthritis. These complex medications, made from living organisms, use the body’s immune system to fight the condition, and even halt its progression in some cases. “Cost sharing for a prescription medication should not be so large that it inappropriately restricts or interferes with medically-necessary use of medications,” says Ann Palmer, president and CEO of the Arthritis Foundation. Cost sharing for some arthritis drugs can exceed $1,500 a month. For more information, visit patientservicesinc.org.

The bipartisan Health Outcomes, Planning, and Education HOPE for Alzheimer’s Act H.R. 1559/S. 857 would require providers to document an Alzheimer’s diagnosis in their medical records. Surprisingly, only 45% of people with Alzheimer’s disease or their caregivers say their doctor told them about the diagnosis. In contrast, more than 90% of people with the four most common cancers were told their diagnosis. People with Alzheimer’s or their caregivers are more likely to be told of the diagnosis only after the disease has become more advanced. Studies have shown that there are benefits to early detection and diagnosis including the ability to plan for the future, take advantage of support services, and participate in clinical trials.

Although Medicare provides coverage for diagnostic services, it does not provide coverage for comprehensive care planning following an Alzheimer’s diagnosis. For more information, visit alz.org.

FINANCIAL PLANNING
Americans Lacking in Retirement Planning
Fifty-three percent of adults have not started making financial arrangements for retirement. Forty percent say that not having saved enough for retirement is their biggest financial regret, according to a Genworth study. Forty-six percent of Americans would give themselves a poor or failing grade when it comes to their retirement contributions. Health during retirement is a concern among 71% while the state of finances is a concern among 63%.

Interestingly, the average age is 33 among those who have started making retirement arrangements. Respondents also report average annual retirement savings of $7,360 and median saving of $500.  For more information, visit longtermcareinsurance.org.

Calculating Retirement Savings Needs
How much do workers need to save for retirement at different ages? How much do they need to contribute to their defined contribution plan to ensure a financially successful retirement? New research from the Employee Benefit Research Institute (EBRI) helps answer these questions, at least for single people. Not surprisingly, results show that time counts: The earlier a person starts saving, the less they will need to put aside every year; the longer they wait, they’ll need to save more often a lot more to catch up. Because of their longer longevity, women typically will need to save more.

Research Director Jack VanDerhei said that these questions cannot be answered with a common replacement rate planning tool that uses a percentage of income as an optimal savings goal. That’s because the replacement rate method ignores critically important risk factors, such as longevity that outliving savings, post-retirement investment risk, and nursing home costs. EBRI calculated the savings amounts needed at different contribution rates, salary levels, and ages for genders, for various probabilities that they not run out of money to pay for average expenses plus uninsured health care costs throughout retirement.

One example in the study is a 25-year-old single man with no previous savings who earns $40,000 a year, with a total employee and employer combined contribution rate of 3% of his salary until age 65. He has a 50–50 chance of having adequate retirement income. Saving 6.4% of salary would boost his chances of success to 75%. Women that age would need more because of their longer life spans. A 40-year-old man with no previous savings earning $40,000 would need a total contribution rate of 6.5% of salary just to have a 50–50 shot at a financially successful retirement because he has less time to work and save. But saving 16.5% of salary would produce a 75% chance of success. A 55-year-old man making $40,000 with no previous savings would need a total contribution rate of as much a quarter of his salary 24.5% to have a 50–50 chance of a successful retirement, again due to little time left in the workforce.

IN CALIFORNIA
A.B.842 Waives the Requirement to Pay Health Care Benefits Twice
Assembly Bill 842, by Assemblyman Jim Patterson, addresses the problem of construction contractors paying twice for healthcare. The bill, sponsored by the Associated Builders and Contractors, would ensure that employers’ Affordable Care Act ACA-compliant health plans are accepted by state government standards. Many construction companies provide ACA-compliant health insurance coverage with all of the ACA essential health benefits. However, there are situations in which contractors are mandated to pay for health insurance a second time. For example, contractors who work on public works projects that are covered by a project labor agreement (PLA), must pay into union trust funds for health insurance even though they already provide health insurance for their employees.

Assemblyman Jim Patterson said, “We need to stop this expensive and unnecessary practice. My bill is simple. AB 842 lets the contractor show proof he has ACA-compliant health insurance coverage for his employees. A plan that has the required ACA benefits should be sufficient. Companies should not be forced to pay a second time into a separate health plan.”

An employer can expect to pay well over $5,000 dollars per employee under a group health policy, according to recent studies by the Kaiser Family Foundation and the National Small Business Assn. “Requiring a contractor to pay that amount twice for all employees dispatched to jobs with PLAs just doesn’t pencil out. For every 10 employees dispatched to a year-long job, he will pay at least $50,000 in duplicate health benefits. These dollars could be used to provide higher wages, create new jobs, or upgrade tools and equipment. Whether purchased individually or provided through an employer-paid group plan, healthcare coverage is likely the most expensive item in a family or a business budget, after rent or mortgage,” said James Fitzgerald, President of the Associated Builders and Contractors ABC of California.

EMPLOYEE BENEFITS
Dental Savings Plans Increase Loyalty to Dentists
Fifty-two percent of dental savings plan members are loyal to their dentists compared to only 37% of the general population, according to a survey by DentalPlans. Bill Chase, vice president of marketing for DentalPlans said, “Patients see dental savings plans as a great way for dentists to…increase customer satisfaction and connect…with patients’ needs.”

Seventy-eight percent of dental savings plan members say that seeing a dentist twice a year is important compared to 57% of the general population. They make oral health care a priority within their families: 55% of dental savings plan members started brushing their child’s teeth before the child was a year old, compared to only 41% of the general population. For more information, visit dentalplans.com/dentist/providerportal.

MERGERS & ACQUISITIONS
M&A Activity Accelerates
Mergers and acquisitions among insurers accelerated in 2014, and continued to strengthen in the first quarter of 2015, according to a study by Conning. “Insurer merger and acquisition activity picked up measurably in 2014 and into early 2015 in the U.S. and globally, following a sluggish run in 2012 to 2013,” said Jerry Theodorou, analyst at Conning. The rise in insurance M&A activity in 2014 was fueled, in part, by alternative capital and the perceived need to achieve greater scale by property/casualty and life-annuity insurers. “In the environment of low interest rates and low economic growth, many insurers acted on the belief that growth objectives could be more readily attained by inorganic rather than by organic means.

Steve Webersen, director of research at Conning said, “In recent years, many capital-rich insurers refrained from mergers and acquisitions and stayed on the sidelines, held back by lack of sufficient confidence in the future economic environment. However, five years of slow, but positive economic growth have restored that confidence.” In the life-annuity sector, the number of U.S. transactions actually declined, yet the value of those transactions more than doubled, as life insurers sought new markets and added to their asset management capabilities. For more information, visit conningresearch.com.

NEW PRODUCTS
One-day Processing of Voluntary Benefit Claims
Aflac can now receive, process, approve, and disburse payment to policyholders for eligible claims in one business day. Aflac’s SmartClaim provides questions to guide users through the process step-by-step. Once the questions are answered, SmartClaim identifies the supporting documents for the policyholder to upload. With a few clicks of a mouse, the claim is submitted and processing begins. SmartClaim submission is available for all types of individual accident, cancer, hospital and sickness; hospital indemnity, intensive care and specified health event claims – regardless of whether they are simple, moderate, or complex. If an eligible claim is submitted via SmartClaim by 12:00 p.m. PT, Monday to Friday. For more information, visit aflac.com.

Index Variable Annuity
Voya Financial is offering a flexible premium deferred index-linked variable annuity. Voya PotentialPLUS offers customers the potential for investment growth tied to the performance of up to four major market indexes while providing a level of protection against a drop in those indexes.

Cloud-Based Identity Verification
Acuant launched cloud-based identity verification offerings that enable companies to capture and verify a customer’s identity and critical personal information. The goal is to improve the efficiency, security, and quality of customer interactions. With Acuant’s idScan, users to can easily capture data from identity documents, such as driver’s licenses, passports, and medical insurance cards. The information is processed in the cloud and the data is then populated into an integrated 3rd party system. This process helps to improve customer on boarding and registration processes. For more information, visit actuant.com.