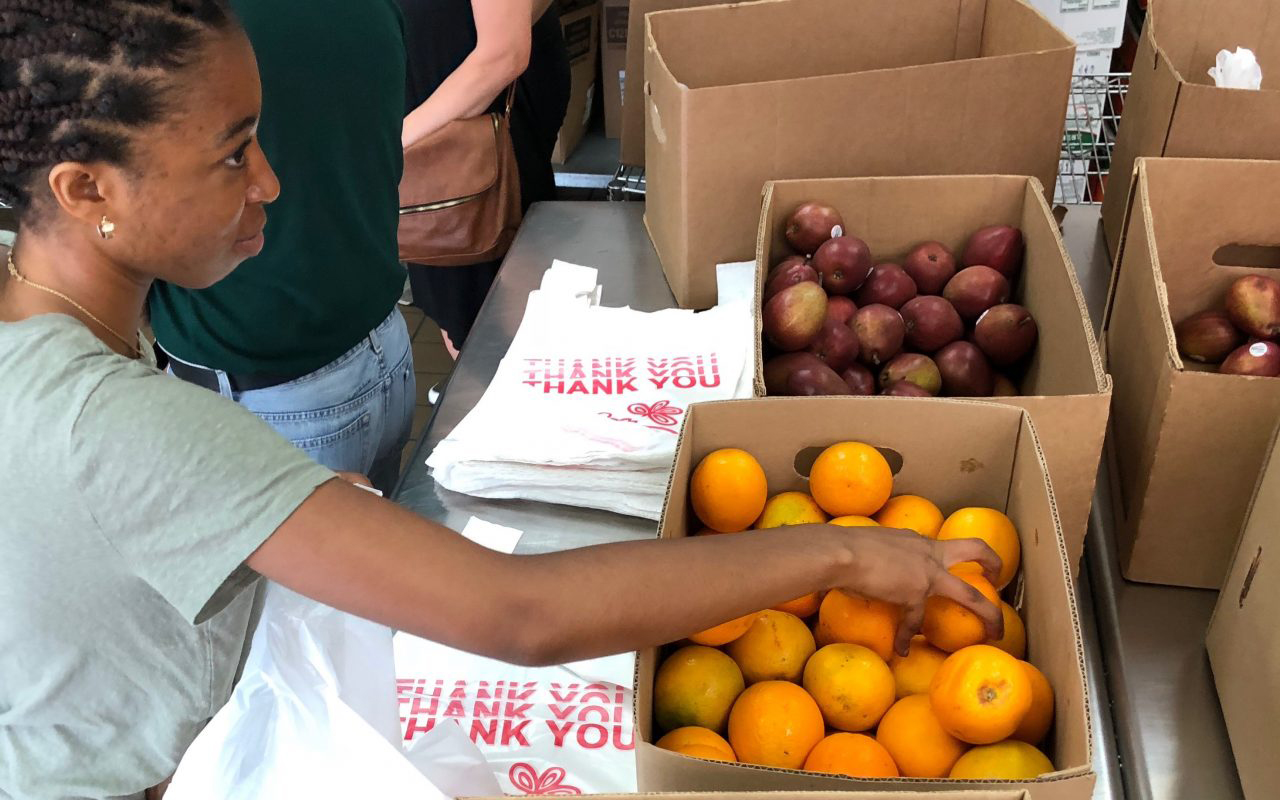 The 67-year-old is three weeks removed from her latest trip to the hospital for problems related to congestive heart failure, a condition in which the heart can’t pump properly. That was scary, she said.

“I had water around my heart. I had to go to the hospital a few times,” Quenton said. “My breathing was acting crazy. But now, I’m cool. I’m all right.”

One reason she’s better, she said, is the two large grocery bags that just arrived at the front door of her little apartment in southwest Los Angeles—part of a new state experiment using diet to improve the health of congestive heart failure patients.

“So I have two bags for you. All your meals for the week,” delivery volunteer Susan Coleman told her. “Now, some of them are frozen …. They should go in the freezer.”

“Oh yeah, this is good stuff,” Quenton said as she unpacked everything. “It’s wonderful to get it.”

Quenton is one of those enrolled in a $6 million pilot project authorized last year by the Legislature and Gov. Jerry Brown. Run by the state Department of Health Care Services, it was launched in seven counties for 1,000 congestive heart failure patients in Medi-Cal, the state’s version of federal Medicaid care for the needy.

The move is part of California’s push to save millions of dollars by making people healthier and reducing chronic illness, along with the expense of treating it. Taxpayers foot the health care bill for about a third of the state’s residents.