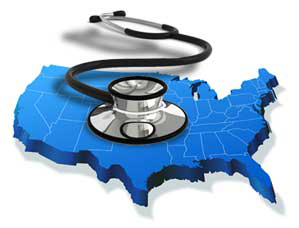 A longshot California proposal to replace insurance companies with government-funded health care for all of the state’s residents could be paid for with a sales tax hike and a new tax on business revenue, according to a report released Wednesday.

The report said those taxes would generate $106 billion annually. It was made public by the influential California Nurses Association as the state Senate faces a Friday deadline to vote on the bill, which outlines how a single-payer health care system would function but does not say how it would be funded.

In a study commissioned by the nursing union, researchers at the University of Massachusetts-Amherst suggested a 2.3 percent sales tax and a 2.3 percent gross receipts tax, which would apply to all corporate revenue. Poor residents would get a tax credit to offset the higher sales tax. Full story here.