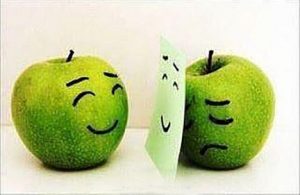 Senate Majority Leader Mitch McConnell is well aware of the political peril of taking health benefits away from millions of voters. He also knows the danger of reneging on the pledge that helped make him the majority leader: to repeal Obamacare.

Caught between those competing realities, McConnell’s bill offers a solution: go ahead and repeal Obamacare, but hide the pain for as long as possible. Some of the messaging on the bill seems nonsensical (see: the contention that $772 billion squeezed out of Medicaid isn’t a cut). But McConnell’s timetable makes perfect sense — if you are looking at the electoral calendar.

Here are a few key dates in McConnell’s “Better Care Reconciliation Act” (BCRA) that seem aimed more at providing cover for lawmakers than coverage for Americans:

2019: First major changes and cuts to the Affordable Care Act exchanges happen after the 2018 midterm cycle, allowing congressional Republicans to campaign on a “fixed” health system, even though Obamacare is still largely in place next year.

2019: States share $2 billion in grants to apply for waivers under a much looser process through this fiscal year. These waivers could allow insurers to sell skimpy plans that have low price tags but don’t take adequate care of people with preexisting conditions. None of those waivers has to go into effect, however, until after 26 Republican governors face re-election in 2018. Full Article here.