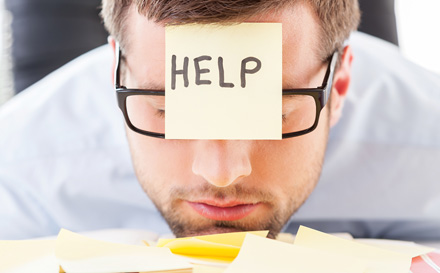 HEALTHCARE
The Downside of Narrow Networks and High Deductibles
Seven in 10 emergency physicians are seeing patients with health insurance who have delayed medical care because of high out-of-pocket expenses, high deductibles, or high co-insurance, according to a survey by The American College of Emergency Physicians.

Sixty-percent of emergency physicians say that they’ve had a hard time referring their patients to specialists because of narrow network plans. More than 80% have treated patients who had difficulty finding specialists because their health plans have narrow networks. Sixty-five percent are seeing more patients in the emergency department due, in large part, to the fact that health insurance companies don’t have enough primary care physicians. Seventy-three percent are seeing more Medicaid patients because insurance companies don’t have enough primary care or specialty physicians.

Jay Kaplan, MD, FACEP, president of ACEP said, “Health insurance companies are shrinking the number of doctors available in their networks, making it more likely that patients will be forced into out-of-network situations…Balance billing would not even exist if health plans paid what is known as ‘usual and customary’ payment in the insurance industry — what is also known as ‘fair payment.’  Emergency patients are especially vulnerable because health plans know that emergency departments never turn anyone away. Health insurers have been taking gross advantage of patients and medical providers since the Affordable Care Act (ACA) took effect, arbitrarily slashing reimbursements to physicians by as much as 70%. Patients and physicians should band together to fight these dangerous insurance industry practices.” Dr. Kaplan also questioned why four of the largest insurance companies had the resources to merge, given the ACA requires insurers to spend at least 80% of premium revenue on medical care.  For more information, visit acep.org.

Healthcare Providers Are Losing Confidence in the ACA
Healthcare providers are losing confidence that the ACA can deliver its key objective: to provide affordable healthcare. But they say that the ACA will have beneficial effects in other aspects of health care. Only a third of the providers say that the ACA will lower the per-patient cost of healthcare, down from two-thirds last year, according to the 2015 Mortenson Healthcare Industry Study. Nearly 80% say the ACA needs significant revisions.

A majority of providers say that several ACA provisions can improve patient outcomes, such as those relating to facility design, information technology, waste and energy reduction, and environmental improvements. Many providers are confident that transparency and wellness initiatives will lead to better healthcare. They say that the ACA will improve care by making providers rethink how they provide services. Nearly 70% say the ACA will shift reimbursements from fee-for-service to quality of outcomes, which would be a dramatic change for the healthcare industry. For more information, visit mortenson.com.

AIDs Group Slams Outrageous Drug Prices
The AIDS Healthcare Foundation (AHF) says that a lack of regulation and greed are to blame for soaring specialty drug prices. Drug companies have increasingly introduced specialty medications at astronomical prices including Gilead’s $1,000-per-pill Sovaldi or $94,500 cost of Harvoni. Turing Pharmaceuticals CEO Martin Shkreli made headlines when his company raised the price of Daraprim over 5,000% after acquiring the rights to the drug. AHF president Michael Weinstein said, “The one upside of Martin Shkreli’s price hike is that it unleashed a firestorm of criticism…over the pharmaceutical industry’s greed on drug pricing that has been festering for years. Turing’s…CEO’s greed is likely to go down in history as the straw that broke the camel’s back on drug pricing.”

Turing purchased the 62-year-old Daraprim in August from Impax Laboratories for $55 million. The medication is used to treat toxoplasmosis in AIDS patients. Overnight, the company priced the drug at $750 per pill until widespread public outrage prompted Shkreli to announce a yet-to-be-determined price reduction.
Daraprim used to be available through the federal government’s 340B drug discount program at $1 per 100 tablets—one penny per pill. The vast gap between the price that government agencies were allowed to pay for Daraprim compared to cost charged to private insurers underscores the need for increased government oversight and regulation of drug company pricing, according to the AHF.

Presidential candidate Hillary Clinton vowed to release a plan to reform the specialty drug market, declaring on Twitter that she wants to put an end to profiteering. Weinstein said, “We call upon the other candidates…to detail how they would show leadership in addressing the issue of drug costs that the majority of Americans consider to be a top concern.” AHF is sponsoring two state ballot initiatives in California and Ohio to give the states increased bargaining power to get lower drug prices. For more information, visit facebook.com/aidshealth.

One of the key benefits Medicare Advantage plans offer is the choice of primary care doctors, specialty doctors, and hospitals. Seventy-three percent of members say their doctors have not been dropped from their plan’s network during the past year, and 74% say that their hospitals have not been dropped. For more information, visit jdpower.com.

Study Quantifies the Value 403(b) Advisors
Participants in 403(b) plans reap financial benefits from working with an advisor, according to a study by AXA US. Those who used an advisor had a 34% higher median balance in their accounts than did those who did not. Those using an advisor were extremely or very satisfied with the performance of their 403(b) plans. The study also reveals the following about participants:

Millennials Are Less Likely to be Enrolled in ID Theft Protection Services
With a new identity fraud victim every two seconds, there is significant risk to consumers. This was evident in the fact that consumers spent more than $1 billion on identity protections subscriptions last year, according to Javelin Strategy & Research. The following is a snapshot of ID theft subscribers:

For more information, visit facebook.com/CSID and on Twitter at @CSIdentity.

IN CALIFORNIA
EPIC Named a Fastest-Growing Private Company in San Francisco
EPIC Insurance Brokers and Consultants has been ranked 66th on San Francisco Business Times 2015 list of 100 fastest-growing private companies in the Bay Area. EPIC was one of only two Bay Area-based insurance brokers to be recognized. EPIC generated three-year growth of 106%, pushing total 2014-year end revenue to 125.7 million. Complete results of the Fast 100 awards can be found here: bizjournals.com.

Anthem is expanding its $0 premium dual-eligible special needs plan (DSNP) called “Anthem MediBlue Dual Advantage (HMO SNP)” to Sacramento County to serve beneficiaries eligible for both Medicare and Medi-Cal. These plans coordinate the separate programs while providing enhanced benefits. Like existing Anthem special needs plans in Fresno, Kern, San Francisco, and Ventura counties, this plan is available for a $0 premium and includes dental, vision and hearing benefits, an allowance for eyewear and hearing aids, transportation to doctor’s appointments and a free fitness program, at no extra cost to the member. Unlike most plans, people who qualify for a DSNP have a continuous special election period, which means they can elect to join a new plan at any time throughout the year.

A traditional HMO, called “Anthem MediBlue Plus,” is being launched in Sacramento, Yolo, and San Diego counties. An HMO plan called “Anthem MediBlue Coordination Plus” is being introduced in Los Angeles, Orange, Riverside, San Bernardino, and San Diego counties. It emphasizes care coordination with attractive supplemental benefits. Although the Coordination Plus plan is open to all Medicare beneficiaries, it may be an especially good fit for people who qualify for both Medicare and Medi-Cal. In fact, the premium is $0 for those people who are eligible for both.

To improve member health and lower member costs, Anthem continues to implement provider collaboration agreements. More than 20 new agreements have been implemented across the state. As a result, all of Anthem’s California HMO members now have access to a provider collaboration agreement.
LiveHealth Online (LHO) telehealth is being added to all Anthem HMOs in California. LHO allows members to access board-certified doctors through their computer or mobile device, and will include a behavioral health benefit effective Jan. 1, 2016. With this additional benefit, members can generally choose a qualified mental health expert and schedule a counseling session. Both doctor and counseling visits are available for a $0 copay to eligible members.

In addition to MAPD plans, Anthem offers Medicare supplement plans and standalone PDP plans across all California counties. Medicare supplement plans help cover costs Original Medicare doesn’t, such as copayments, coinsurance and deductibles. These plans offer access to any doctor or medical facility that accepts Medicare, generally for a higher premium than an MAPD. California residents are also eligible to get a $180 discount under certain circumstances for the first year they are enrolled in an Anthem Blue Cross Medicare Supplement. Medicare Supplement plans are generally paired with a PDP. For more information, visit anthem.com.

UnitedHealth Settles Out-Of-Network Surgery Center Class Action
United has agreed to a total settlement fund of $9.5 million in order to settle a case involving underpayments to ambulatory surgery centers (ASCs). ASCs provide outpatient surgical procedures, such as orthopedic surgery, podiatry, endoscopy, and ophthalmology. Hooper, Lundy and Bookman, PC filed a motion to settle a class action complaint it filed more than six years ago against United Healthcare Services and OptumInsight.
When ASCs are out-of-network with an insurer, they are commonly entitled to be paid based on a reasonable and customary amount. This case challenged the defendants’ calculations of those reasonable and customary amounts under employer-provided healthcare benefit plans and health insurance policies that are governed by ERISA. The complaint alleges that United and OptumInsight improperly calculated the reasonable and customary amounts for these out-of-network ASCs. They say that this miscalculation resulted in underpayments in the millions of dollars.

FINANCIAL PLANNING
Income Distribution Planning Is Top Client Goal
Sixty-five percent of financial professionals say that the biggest goal for clients in their 50s and 60s is retirement income distribution planning, according to a survey by Saybrus Partners. Only 27% recommend fixed and/or indexed annuities most often for clients in this age group. Mark Fitzgerald, national sales manager for Saybrus Partners said, “Financial professionals may not be recommending annuities as often as they could for pre-retirees…By educating themselves about ’s fixed and indexed annuities, which are continuing to evolve in their features and benefits, they can provide their clients with a full range of options.” Financial professionals’ recommend the following products most often:

Fitzgerald said, “A client’s portfolio is most vulnerable in the years just before and after retirement. Losses, especially in the first few years, combined with withdrawals can significantly impact a client portfolio’s sustainability. As such, financial professionals can take this opportunity to ensure these clients are adequately adjusting their portfolio from an asset accumulation strategy to retirement income distribution planning and are using a combination of products and services that both protect against market volatility and insure guaranteed lifetime income for their clients in retirement.”

When the financial professionals were asked what clients in their 50s and 60s consider to be the biggest risk to their retirement portfolios, 58% mentioned outliving their savings; 17% mentioned a major health crisis; 16% mentioned market volatility; and 6% mentioned taxes. Saybrus Partners is a subsidiary of The Phoenix Companies. For more information, visit phoenixwm.com.

Life Settlements with Retained Life Benefits
The Lifeline Program announced plans to provide new liquidity solutions for consumers by purchasing a portion of their life insurance policies. By selling only a portion of a policy. Beneficiaries retain a percentage of the policy death benefit without any future premium obligation. The Lifeline Program is actively acquiring life insurance policies with face values ranging from $1 million to $20 million as well as life settlement portfolios from the tertiary market.

In New York and California, regulations require companies to pay the policy beneficiary the contracted death benefit if the policy lapses, intentionally or by mistake. Scott Page, president and CEO of the Lifeline Program said, “We applaud insurance regulators in New York and California for adding these important consumer protections for retained life benefit transactions.”

“We are bullish about life settlements and retained death benefit contracts. Our long-haul, buy-and-hold strategy positions our company as the best solution for seniors and wealth managers who are exploring life settlement options,” he said. For more information, visit thelifeline.com.