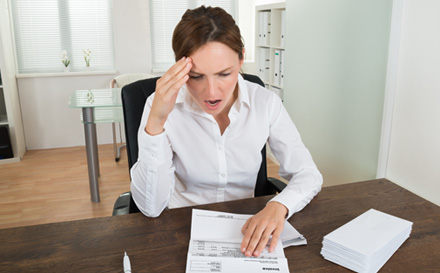 The figure for individuals refers largely to out-of-pocket cost sharing. Because of buy-downs, actual premium rate increases are expected to be lower. For more information, visit www.sherlockco.com.

Employers need help with new administrative and compliance requirements. They also need help with offering employees benefit choices and enhancing the enrollment experience while controlling costs and funding. Sixty-one percent of employers say that preparing for a post-healthcare reform era is a highly important benefit objective, but only 40% say they are prepared to meet this objective. Ray Marra of the Guardian said, “Brokers and carriers are needed to play a strategic role in helping employers navigate the ACA and in identifying the best options for how they can move forward in a changed benefit landscape. As employers adapt to the ACA, we’re seeing greater adoption of private exchanges and self-funded medical plans paired with stop loss insurance.”

One in three employers expects to outsource more aspects of their benefit program as a result of the ACA. Nearly 70% of employers expect compliance and administrative burdens to grow. About 20% of employers expect to offer benefits on a private exchange in the next year. Top reasons are to increase employee choice and to improve the employee experience. Fifty-eight percent those who are thinking of self-insuring say that the ACA is the impetus. Half of those planning to self-insure expect to carry stop-loss insurance. Self-insuring medical plans is a less common funding option for smaller firms, but it’s getting more attention due to the ACA. Seventy-eight percent of employers expect benefit cost increases, due to the ACA. For more information, visit
guardiananytime.com/2015-workplace-benefits-study.

The ACA Offers New Options for Pre-Retirees
The ACA offers new health insurance options to people who are interested in retiring, but continue to work just to keep their medical benefits, according to a white paper by Prudential. More than 50% of Americans do not have enough money to maintain their pre-retirement lifestyle in retirement, according to the Center for Retirement Research at Boston College. Traditional defined benefit plans have become less common, so fewer and fewer people are retiring at 65. With 401(k) plans now the principal retirement savings vehicle, people can be flexible in drawing down their savings, but often don’t have access to employer-provided retiree health insurance. There’s no need to worry any longer over having dangerous gaps in coverage or being turned down for coverage due to a pre-existing condition. Early retirees can also benefit from provisions that limit the amount older people can be charged and prohibit insurers from charging women more than men.

The ACA also provides subsidies and tax credits for lower income people. This could prove particularly valuable for early retirees who have less taxable income than when they were employed in  full-time. They  can often control the amount of taxable income they take during the years just before turning 65 and becoming Medicare eligible. For more information, visit news.prudential.com.

US Spends More on Health Care, But Has Worse Health
The United States spends more per-person on health care than do 12 other high-income nations. But the U.S. has the lowest life expectancy and some of the worst health outcomes, according to a Commonwealth Fund report. The study compares the U.S., Australia, Canada, Denmark, France, Germany, Japan, the Netherlands, New Zealand, Norway, Sweden, Switzerland, and the United Kingdom.

The U.S. spent an average of $9,086 per person annually in 2013 and had an average life expectancy of 79 years. Switzerland, the second-highest-spending country, spent $6,325 per person and had a life expectancy of 83 years. Mortality rates for cancer are among the lowest in the U.S., but rates of chronic conditions, obesity, and infant mortality are higher than in the other countries. Most of the data predates the major insurance provisions of the Affordable Care Act.

Health care consumed 17% of the United States’ gross domestic product (GDP) in 2013, about 50% more than any in other country. Despite being the only country in the study without universal health care coverage, government spending on health care in the U.S.—mainly for Medicare and Medicaid—was high as well, at $4,197 per person in 2013. The U.K., where all residents are covered by the National Health Service, spends $2,802 per person.

Health care spending per-person is highest in the U.S. because of greater use of medical technology and higher health care prices. The study finds the following:

New health care models like accountable-care organizations, which base provider pay on patient outcomes, could encourage higher-quality, lower-cost care. These models could also help bring about a shift toward greater spending on social services, as health care organizations are incentivized to think more broadly about what their patients need to be healthy. For more information, visit thecommonwealthfund.com.

EMPLOYEE BENEFITS
Many Pregnant Women Are Missing Dental Checkups
A survey by Cigna finds that 43% of pregnant women don’t go for a dental checkup though 76% say they suffer from oral health problems during pregnancy, such as bleeding gums or toothaches. Hormonal changes during pregnancy can worsen certain oral health conditions, such as gum disease. Only 55% of women rate their oral health as very good or excellent during pregnancy, a drop from 63% pre-pregnancy. Thirty-six percent of expectant mothers say that it has been more than a year since their last preventive dental visit. Cost is the primary reason why pregnant women skip dental checkups, even among those with dental benefits. Some dental benefit plans even have special maternity programs with additional services like extra cleanings or discounts on oral health prescriptions. Those who took advantage of a dental maternity program through their dental benefit plan had better oral health habits than those who did not participate or did not have a program available to them.

While 97% of women saw their medical doctor/obstetrician as frequently as directed during their pregnancy, only 44% said that oral health was mentioned in those visits. Women whose doctors talked about their oral health during pregnancy are about twice as likely to do the following:

The effects of the doctor’s influence seems to last beyond delivery while only 43% of new mothers have had a dental checkup since giving birth, that percentage climbs to 63% for women whose doctors discussed oral health during maternity visits. Postpartum dental visits are also important, particularly as dental hygiene may slip once the baby arrives. More than one-third of new mothers say they are brushing and flossing less frequently than before the baby – many blaming lack of time.

Heffernan Hires Assistant VP
Heffernan Insurance Brokers, one of the largest independent insurance brokerage firms in the United States, announced that Jordan Markuson, CPCU, has joined the company as assistant vice president. A seasoned entrepreneur and experienced insurance producer, Markuson will focus on expanding the firm’s presence in the complex staffing firm market. A $140 billion industry  experiencing record growth, the challenge for agencies in the highly competitive staffing market is labor costs, for which worker’s compensation insurance is a substantial factor. For more information, visit heffins.com. jordanm@heffins.com.

Many iconic buildings, throughout California, will light up with the Covered California colors for  nights during the first weeks of November to bring additional attention to open enrollment including the Los Angeles, San Francisco, and Sacramento city halls; the San Diego Convention Center; the Theme Building at Los Angeles International Airport; Coit Tower in San Francisco; and Sacramento’s Tower Bridge. See CoveredCA.com/news/PDFs/Spotlight.pdf for information.

Also Covered California released new television ads that will begin airing on Monday, Nov. 2. The series of ads is part of a $29 million advertising campaign that will include new TV spots in English, Spanish, Mandarin, Cantonese, Korean and Vietnamese aimed at promoting the value of health insurance and motivating uninsured Californians to enroll in health insurance through Covered California. The advertising campaign also includes radio, print, out-of-home, direct mail, digital and social ads for English-speaking Californians, and targeted efforts for the African-American; lesbian, gay, bisexual and transgender; Spanish-speaking; and Asian-speaking communities. The first ad to launch is Moments, which showcases a brief moment within the lives of everyday Californians. The ad, which was shot using a camera effect sweeping past the scene in three seconds, runs in slow motion, to draw in viewers and motivate them to explore health insurance through Covered California.

The Spotlight on Coverage bus tour will continue through Nov. 12, with 38 stops planned at hospitals, community clinics, enrollment locations and storefronts from San Diego to Eureka. This year, Covered California has more than 500 storefront locations statewide where people can get help enrolling — twice the number available at the start of last year’s open enrollment — and thousands of additional locations where consumers can get help.

FINANCIAL PLANNING
Financial Impact from Death of Spouse or Partner Has Grown Since Recession
The premature death of one’s spouse or partner brings even greater financial consequences than it did several years ago, according to a study by MetLife. Previously conducted in 2009, the study found that fewer surviving spouses or partners say they are very financially secure, and 32% say they are not at all financially secure a year after their partners’ deaths. The study looked at surviving spouses or partners of people who
died before 63 over the past seven years.

Many who thought themselves relatively well-insured found their insurance coverage insufficient in today’s economic climate. Only 68% of those with life insurance benefits representing three times the annual incomes of their late spouses or partners found the proceeds very helpful, down from 81% in 2009. Surviving spouses’ incomes one year after their partners’ deaths are lower than in 2009, and they are more likely to report a marked impact on financial security and lifestyle (e.g., having to move, reducing spending or borrowing money). Only 49% of families say they have completely or somewhat recovered financially from a death that occurred as many as seven years ago.

Only 49% of surviving spouses were involved in selecting their partners’ life insurance policies and values, and only 26% of deceased spouses had a will at the time of death. As economic pressures have raised the downside risks of being under-insured, employees remain largely dependent on workplace policies. Three in four deceased had policies through their employers, and 71% of all insurance proceeds that survivors got came from group policies. With coverage fully paid by the employer less common now than in 2009, it has become more important for employees to have the opportunity to purchase life insurance in the workplace, where they often have the convenience of payroll deducted premiums and competitive group rates. For more information, visit www.metlife.com.