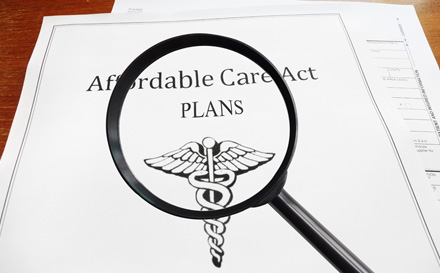 HEALTHCARE
ACA Enrollment Trends
The ACA has had a substantial effect on health insurance enrollment, product mix, and company focus over the past 18 months, according to a report by Mark Farrah Associates (MFA). MFA focused on the fourth quarter of 2013 to the second quarter of 2015. The survey reveals the following:

Consumers Spend Little Time Choosing Health Plans
With open enrollment for 2016 underway, 59% of consumers say they will spend less than 30 minutes selecting a plan, according to an October HealthMine survey. “Consumers are treating an increasingly complex and costly purchase with inertia. With rising out-of-pocket costs, narrowing networks, and growing prevalence of chronic disease, not doing your due diligence on healthcare coverage could be hazardous to your health—and to your pocketbook,” said Bryce Williams, CEO and president of HealthMine.

Even though 85% of respondents say they have a good idea of needed services in the coming year, 36% find their plan somewhat or very confusing. Of those, 58% are most perplexed about which services are covered by their plan. Another 46% are confused about costs. Twenty-eight percent don’t know how to get the most from their wellness program. Sixty-six percent of consumers don’t plan to make any changes to their health plan in this enrollment period. Forty percent say that there has been no recent change to their plan’s quality and value. Another 35% say their plan is getting better.

Americans Embrace Health and Fitness Technology
Sixty-three percent of consumers who use fitness or health monitoring technologies say it has changed their behavior significantly. Forty percent have shared their fitness or monitoring information with their doctor, according to a survey by the Deloitte Center for Health Solutions.

Twenty-two percent used technology to access, store, and transmit health records in the past year, up from 13% in 2013. Use was higher for those with major chronic conditions (32% compared to 19% in 2013). Sixteen percent who needed care went online for cost information, up from 11% in 2013. Technology use among Millennials increased the most (27% versus 17%). Further, 71% of all those surveyed have not gone online for cost information, but are very or somewhat likely to use a pricing tool in the future.
Twenty-five percent used a scorecard to compare the performance of doctors, hospitals, and health plans, up from 19% in 2013. The rate was highest in the youngest cohort, with 49% of Millennials who received care in the last year using a scorecard compared to 31% in 2013.

Greg Scott of Deloitte Consulting said, “Health care is becoming more digitized and consumer oriented. It’s not an overnight change, but more like how summer turns into fall – gradual yet very perceptible. The specter of a more customer-driven industry is causing many health companies to transform into retail-focused organizations, impacting everything from strategy and scale to operations and human capital…This is about more than a cool app; this is about making the…changes needed to better identify and engage a more empowered purchaser.” For more information, visit deloitte.com/us.

ACA Taxes Drive up Medicaid Plan Costs
For Medicaid plans in 2014, there was a 6.3% per-member increase in core operational administrative expenses under the control of management. That’s the second highest increase in the past five years, according to the Sherlock Company. (Core expenses exclude sales and marketing). Miscellaneous business taxes increased 617.7% to $6.09 per member/per month because of taxes and fees associated with the Affordable Care Act. That brings total administrative costs per member to 15.1%.

Account and membership administration costs increased 3.8%, which is higher than three of the prior five years. (These comparisons eliminate the effects of product mix and universe changes). The median core cost was $27.99 per member/per month before miscellaneous business taxes.

Per member, sales and marketing costs dropped 4.2%. Costs increased 5.6% for medical and provider management and 5.5% for corporate services. While costs for information systems declined, costs for enrollment and customer services increased at a double-digit rate. For more information, visit sherlockco.com.

Scan Plans Get High Ratings
SCAN Health Plans in California have received a 4.5-star rating by the Centers for Medicare & Medicaid Services (CMS). SCAN now has 4.5-star-rated plans in all 12 California counties it serves. CMS ranks health plans on a one- to five-star basis, weighing such factors as clinical outcomes, access to preventive services such as screenings and vaccines, management of  chronic conditions, preventive care, and consumer satisfaction. Star ratings are calculated each year and may change from one year to the next.

The 4.5-star rating encompasses the majority of SCAN’s membership in both Northern and Southern California and includes all of SCAN’s Classic (HMO) plans as well as several special needs plans. In 2016 SCAN’s Classic plan will once again be available to Medicare-eligible beneficiaries in the following California counties: Los Angeles, Marin, Napa, Orange, Riverside, San Bernardino, San Diego, San Francisco, San Joaquin, Santa Clara, Sonoma and Ventura. Medicare beneficiaries living in these counties can join SCAN during the annual enrollment period, which runs October 15 to December 7, 2015.

SCAN recently announced that its 2016 benefit plans will feature all of the basic benefits traditionally covered under Medicare as well as a prescription drug benefit (Medicare Part D) with no deductibles and low copays for most services and plan selections.

LIFE INSURANCE AND LIFE SETTLEMENTS
Life Settlement Market: Continued Investor Interest, Smaller Face Amounts
The life settlement market continues to draw investor interest, but is challenged by the shifting demand for smaller face amounts, according to a study by Conning. Scott Hawkins, vice president, Insurance Research at Conning said, “We have seen continued investor interest in life settlements as they seek above average returns in this low interest rate environment. Investors purchased $1.7 billion worth of U.S. life insurance face value in 2014, bringing our estimate of the total face value of life settlements at year end to just over $32 billion. We project continued steady growth in the amount of face value available for life settlements, but the industry has a long way to go to re-attract capital to pre-2009 levels to meet that supply.”

Steve Webersen, head of Insurance Research at Conning said, “One challenge in attracting higher capital is the availability of other alternative investments. Investors [who are] interested in insurance-based assets are expanding their horizons beyond traditional life settlements to non-U.S. secondary markets for insurance, as well as secondary annuity and structured settlement markets. To attract capital to the traditional life settlement market, providers will need to restructure their operations to more effectively address small-face business and more closely align their compensation models with investor interests.” For more information, visit conningresearch.com.

There is a fee of $75 per search. For more information, visit iii.org.

EMPLOYEE BENEFITS
Survey Finds Gaps in Latinos’ Understanding of Employee Benefits
Only half of Latino employees say they know how much they spend monthly on their benefits, how much life insurance coverage their family needs, whether they are on track to retire comfortably, and how much they should be spending on their benefits. according to a Mass Mutual study.

Many Latinos surveyed said that learning more about their finances is too complicated, confusing, and time-intensive. Seventy-six percent of Latino employees don’t use an online financial tool to manage their retirement, healthcare and other forms of insurance. However, 81% say that would be likely to use such a tool if it were free. This study finds that many Latino employees cite difficulty, time, and a lack of information about where to go and whom to trust as the reasons for not knowing more.

To help provide more educational resources, MassMutual launched MapMyBenefits (available in English only), a free, online tool that enables employees to prioritize their benefits choices and make the most of each benefit dollar based on life stages, financial goals and personal finances. The holistic approach to financial planning at the workplace combines retirement readiness, healthcare coverage and preparation for life’s unforeseen events. Additional in-language resources are available at massmutual.com/Latino.