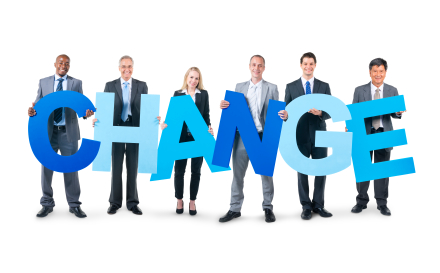 California’s insurance market is set to undergo enormous changes as health reform takes full effect and millions become eligible for public insurance or private subsidies, according to a report by the California HealthCare Foundation. The report provides a snapshot of the insurance market in California at the end of 2013, just before the major provisions of the Affordable Care Act (ACA) took effect. It also includes some initial figures from 2014 that point to large shifts in Medi-Cal and individual coverage levels. Researchers looked at data from the Department of Managed Health Care (DMHC), the California Department of Insurance (CDI), and other sources to examine market share, enrollment, financial performance, premiums, public coverage, and consumer satisfaction. The following are Key findings:

To get the complete report, visit

The University of California Center in Sacramento is hosting a briefing on Friday California about the experiences of Massachusetts, which led the country in health care reform. It will be held Friday March 6, 2015 from 9:00 AM to 11:30 AM PST. The free event will be held at 1130 K Street in Sacramento. For more information, call 510-287-3878 or email karla.wood@ucop.edu.

The ACA Could Raise Premiums for Small Groups

The Affordable Care Act (ACA) expands the definition of small employer to include those with up to 100 employees for plan years beginning in 2016. Many employees in groups 51 to 100 could be facing changes to their benefits. The expansion could also mean increased premiums for those in groups of one to 50, according to a report by the American Academy of Actuaries.

The scheduled expansion of how small employers are defined could result in changes to health care premiums and coverage for significant numbers of employees of small businesses.

Many employers and employees will be affected by the change in the small group definition. Such a change could affect over 150,000 establishments with more than 3 million workers.  Groups sized 51 to 100 will face more restrictive rating rules, which will increase relative premiums for some groups, such as those with younger and healthier populations, and reduce them for other groups, such as those with older and sicker populations.

Groups sized 51 to 100 will face additional benefit and cost-sharing requirements, which could reduce benefit flexibility and increase premiums. The more restrictive rating and benefit requirements could cause more groups sized 51 to 100 to self-insure, especially among those whose premiums would increase under the new rules. To get the issue brief, click on Health under the Public Policy tab at www.actuary.org.

The Affordable Care Act (ACA) still isn’t popular among doctors, according to a survey by LocumTenens.com. The January 2015 survey found that 44% of physicians were opposed to it before implementation, and 58% are opposed to it now after a year of working within the confines of the law. Doctors said that positives of the law include increased access to care, coverage for children under 26, no insurance denials for pre-existing conditions, decreased costs of end-of-life care, and a focus on preventive care. Doctors also cited negatives, such as lower reimbursement to physicians and hospitals, higher patient debt due to high-deductible plans, and increased administrative and compliance burdens for their practices. Seventy-eight percent of doctors said that patients are not educated about how the ACA works. Many physicians said that insurance companies should have done more to inform newly insured patients about deductibles, premiums, coverage limits, etc.

After a year in the trenches trying to help patients understand this legislation, physicians say the law hasn’t done a lot to help improve healthcare, said R. Shane Jackson, president of LocumTenens.com and Jackson Healthcare. Physicians say the ACA has made serving patients and running their businesses much harder.  Seventy-four percent say that Congress should overturn the ACA, with 66% saying that it should be repealed. Still, many physicians were able to find some positives to the ACA. For more information, visit www.locumtenens.com.

In 2015 only 34% of the healthcare providers accept Medicaid, according to an analysis by HealthPocket. That’s down 21% from 2013. The data calls into question whether the temporary two-year increase in Medicaid payments to primary care physicians had any lasting improvements on Medicaid acceptance. Medicaid typically pays 61% of what Medicare pays for the same outpatient physician services. Medicare typically pays 80% of what commercial health insurers pay. For more information, visit www.HealthPocket.com.

For about four decades, integrated-delivery networks have operated under a halo of presumed societal benefits (quality, efficiency, care integration, etc.) with remarkably little evidence that these benefits exist. A study by the National Academy of Social Insurance (NASI) finds growing evidence that hospital-physician integration has raised physician costs and hospital prices. NASI looked at quality and financial information from 15 of the largest non-profit integrated delivery networks across the country, including Sutter Health in Northern California.

Integrating hospitals into health plan operations and risked-based contracting has not resulted in shorter hospital stays or lower charges per admission. Diversification into more businesses is associated with negative operating performance. Provider-sponsored insurance plans face similar problems regardless of whether they are formed by hospitals or physician groups: poor capitalization, lack of actuarial and underwriting expertise, limited marketing capability, adverse selection risk (attracting sicker than average enrollees), and the inability to reach sufficient enrollment scale.

The study authors recommend the following:

Consumers who want medical plans with embedded dental benefits have more options than ever on the health insurance exchanges, according to a study by the ADA Health Policy Institute. Across 40 states examined for the study, 36% of medical plans have embedded pediatric or family dental benefits. This is a dramatic increase over 2014, when 27% of plans offered such benefits.

The insurance industry saw an increase in employment with the addition of 13,900 jobs in January, according to the latest employment numbers from the U.S Bureau of Labor Statistics released on February 6, 2015.  The insurance industry grew by 0.55% last month and now sits at roughly 2.52 million employed insurance workers. Over the past 12 months, the total number of employed insurance workers has increased by 3.86% from 2.42 million in January 2014.

The finance and insurance sector saw an increase in employment with the addition of 22,400 jobs for the month of January, with the majority of job increases with insurance carriers and related activities sub-sector.  Across all industries, total non-farm payroll employment rose by 257,000 in January, with job gains in retail trade, construction, health care, financial activities, and manufacturing. The unemployment rate, at 5.7%, changed little in January and has shown no net change since October. The number of unemployed persons remains little changed at 9 million for the month of January.

Employee Leave Is More Complex Than Ever

The landscape of employer leave continues to undergo significant change. On the federal level, employers face continually looming initiatives and considerations under the Affordable Care Act, the FMLA, the Americans with Disabilities Act (ADA), and the Americans with Disabilities Amendments Act (ADAAA). In addition, states and even localities are increasingly adopting their own leave laws, according to the Disability Management Employer Coalition (DMEC).

Employers and employees are more confident in their understanding of the FMLA and are incorporating it into their business processes more smoothly. But it is still very challenging, particularly with respect to intermittent leave, ADA/ADAAA, and coordination with municipal and county leaves. The legal complexity has heightened. There is  a greater need to collaborate across business units and train managers and supervisors.

Employees Are Not Prepared for Financial Emergencies

Most American workers are not in a position to cover the financial needs they may face if they are unable to work or face other unexpected financial hardships, according to a research report by Prudential Financial. Employees are not prepared for three key risks they face in their working years — premature death, illness or injury and out-of-pocket medical and living expenses. More than half of U.S. households have less than $10,000 on hand to use in an emergency.

According to the white paper, the common driver for financial wellness in all three cases is the level of insurance coverage an employee carries. Employers are challenged to help workers determine what they need and how they can take advantage of company-paid and voluntary benefit offerings to improve financial wellness. The survey finds the following:

Colonial Life has launched a Spanish-language version of its popular Benefits Learning Center website to better serve the country’s fastest-growing demographic group. The free site is open to the public and isn’t limited to Colonial Life customers. For more information, visit http://www.benefitslearningcenter.com/coloniallife/En%20espanol.aspx.