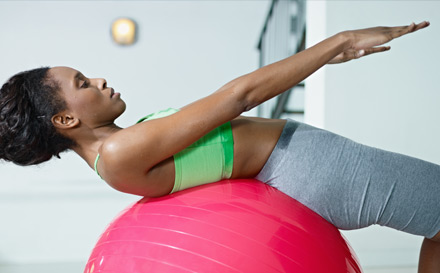 EMPLOYEE BENEFITS
Why Employees Don’t Stick with Wellness Initiatives
While most employees like wellness programs and feel they help them manage their health, many don’t stay engaged in their programs throughout the year, according to a survey of 1,929 employees by HealthMine.

Less than half of employees stay engaged in their wellness program throughout the entire year.

Employees lack critical information about their personal health. Less than one third know at least one of their key health metrics, which can indicate risk for chronic illness. For example, only 32% of people know their blood pressure. A majority of employees have difficulty interpreting their health information or understanding how to maintain or improve their health.

Eighty-five percent want better information about their risk of chronic disease. Plus, the majority want to know which cancer screenings they need, and the actions they need to maintain or improve their health.

Eighty percent want incentives for wellness. More than half want help from their plan sponsors in setting personal health goals. Even though 30% have been diagnosed with a chronic condition in the last year, most are not getting help with disease management or medication adherence through their wellness programs.

Twenty-three percent of employers are familiar with vision programs while only 16% are familiar with hearing health programs. This could be because employers assume that only the retired population is at risk. The truth is that about 30% of employees suspect they have hearing loss, but have not sought treatment; this is consistent among age groups. Employers have a definite change of heart when educated on how untreated hearing loss can affect productivity. Eighty-six percent of employers said they would integrate a hearing health wellness product into their wellness program if they knew that almost all employees with untreated hearing loss say it affects them on the job. For more information, visit epichearing.com/listenhear.

IN CALIFORNIA
Blue Shield Expands Role of Large Group Rep
Blue Shield of California has expanded the territory for Luke Cirkovic, area vice president of Core Accounts, beyond the Bay Area to include the Central Valley. He now leads the entire Northern California team responsible for new business acquisition and retention for large-employer groups. Cirkovic has more than 10 years of experience in the Northern California marketplace. Since joining Blue Shield in 2006, he has developed sales strategies and broker channel relationships to drive growth around the large account segment.

Californians with the Top Chronic Conditions: 11 Million and Counting
Chronic conditions are the leading cause of death and disability in the United States, and are the biggest contributor to health care costs. But there is wide variation in their incidence. Major differences depend on age, income, race and ethnicity, and insurance status, according to a report by the California HealthCare Foundation. The report finds that many Californians with chronic conditions are delaying needed care because of cost. The following are key findings:

Employers forced to pay twice for healthcare seek solution in Sacramento
Assembly Bill 842, by Assemblyman Jim Patterson, addresses a loophole that mandates that construction companies pay twice for healthcare on public works projects. On May 6th 2015, the Assembly Labor and Employment Committee will hear testimony by the Associated Builders and Contractors and employers in California. The bill will ensure that Affordable Care Act (ACA)-compliant health plans provided by employers are accepted by State Government Standards. Contractors who work on public works projects covered by a project labor agreement (PLA) must pay into union trust funds for health insurance even though they already provide health insurance for their employees.

Contractors working on a construction site for a year with 10 employees can expect to pay at least $60,000 in duplicate health benefits. Recent studies by the Kaiser Family Foundation and National Small Business Association reveal that the annual cost of healthcare can be well over $6,000 per employee. Assemblyman Jim Patterson said, “AB 842 lets the contractor show proof he has ACA-compliant health insurance coverage for his employees. A plan that has the required ACA benefits should be sufficient. Companies should not be forced to pay a second time into a separate health plan.” For more information, visit abccentralcal.org.

CAREER UPDATE
Insurance Job Opportunities Are on the Rise
The insurance industry saw a small increase in employment with the addition of 5,900 jobs for March, according to the U.S Bureau of Labor Statistics. The insurance industry grew 0.23% in March with 2,525,600 employed insurance workers and an unemployment rate of 2.1%. Over the past 12 months, the number of employed insurance workers increased 83,200 or 3.4% from 2.44 million in March 2014 while the unemployment rate dropped by 1.2%. Insurance carriers and related activities make up the bulk of job growth in the finance and insurance sector, which grew by 6,500 jobs in March. Over the past 12 months, the insurance carriers and related activities subsector has contributed 80% to its parent sector, or 83,200 jobs. For more information, visit insuranceJobs.com.

Medicare beneficiaries in medically under-served areas would be able to access lower copays at any pharmacy that agrees to accept a drug plan’s preferred pharmacy terms and conditions. S. 1190 is a companion bill to H.R. 793, The Ensuring Seniors Access to Local Pharmacies Act, which has been introduced by Reps. Morgan Griffin (R-Va.) and Peter Welch (D-Vt.). NCPA CEO Douglas Hoey, RPh, MBA said, “Medicare beneficiaries should not be confronted with the Hobson’s choice of continuing to patronize their pharmacy at a higher cost or making a long trip to another pharmacy.”

The bill has been endorsed by the Alliance for Retired Americans, the Center for Medicare Advocacy, Families USA, Justice in Aging, the Medicare Rights Center, the National Consumers League, the National Rural Health Association, and the U.S. Pain Foundation. “Today many Medicare beneficiaries are effectively told by drug plan middlemen which pharmacy to use based on exclusionary arrangements among the pharmacy benefit manager (PBM) middlemen and, in most instances, large publicly traded chain pharmacies,” Hoey added. According to a recent Medicare study, in urban areas 54% of preferred pharmacy drug plans failed to meet the government’s threshold for reasonable access to pharmacies. In rural America the closest preferred pharmacy can be 20 miles away or more. For more information, visit ncpanet.org.

How a Network Can Improve the Health of Medicare Beneficiaries
Medicare beneficiaries with diabetes, high blood pressure, or high cholesterol may achieve better health outcomes when using pharmacies that are part of performance-based networks, according to a study by SCAN Health Plan and Express Scripts. Phase I results demonstrated that, when compared to a national sample of retail pharmacies, the pharmacies in the Quality Network achieved 60% higher performance scores for reducing the use of high-risk medications among SCAN members, and 23% higher scores for improving compliance with diabetes treatment guidelines among SCAN members. When compared to a sample of non-SCAN members using the same Quality Network pharmacies, the Quality Network achieved 34% higher scores for high-risk medications and 8% higher scores for diabetes treatment among SCAN members. For more information, visit express-scripts.com.

Following the release of Center for Medicaid and Medicare services data on Medicare Part D, here are five things you need to know:

A Look at Hispanics’ Health in the United States
A study by the Centers for Disease Control and Prevention (CDC) reveals that heart disease and cancer are the two leading causes of death in Hispanics. Fewer Hispanics than whites die from the 10 leading causes of death, but Hispanics have higher death rates than whites from diabetes, chronic liver disease, and cirrhosis. They have similar death rates from kidney diseases, according to the new Vital Signs.

Health risk can vary by Hispanic subgroup. For example, nearly 66% more Puerto Ricans smoke than do Mexicans. Health risks also vary by whether Hispanics were born in the U.S. or in another country. Hispanics are almost three times as likely to be uninsured as whites. Hispanics in the U.S. are nearly 15 years younger than whites, on average, so taking steps now to prevent disease could mean longer, healthier lives for Hispanics.

The report found different degrees of health risk among Hispanic by country of origin:

Why Private Exchanges Are Here to Stay
Well-designed private health exchanges can control costs, engage consumers, and offer broad choice, according to third-year enrollment results from the Aon Active Health Exchange. Companies in their second-year renewal had average annual health cost increases of 2.6% over two years, including costs associated with the Affordable Care Act and administration. In contrast, in 2015, average health care cost increases will be 6.5% to 8% for large U.S. companies with comparable plan designs. The study reveals the following:

Ken Sperling, Aon’s National Health Exchange Strategy Leader said, “While most individuals migrated toward a plan that was close to what they had before, there were still a meaningful number who chose to buy richer plans for increased coverage or who bought down in terms of coverage to secure a lower premium.”

When choosing a coverage level, most employees based their choice on the following:

Employees chose carriers based on the following factors:

The study reveals the following about those re-enrolling in health benefits for 2015:

Sperling said, “People moved around as prices changed, which is exactly what we expected in a consumer-based, retail marketplace. But when price was not a driver, most consumers stayed where they were in terms of plans and insurance companies even though they had the ability to easily switch. This leads us to believe that they understood the choices they made in the first year of the exchange and were happy with their decisions.” For more information, visit AonHewitt.com.

Simplified Health Insurance Purchasing
AgileHealthInsurance.com was launched to make it easy for consumers to purchase low-cost alternatives and supplements to Obamacare health plans. The website offers an intuitive online experience and a streamlined application process. Health insurance alternatives to Obamacare are especially important now that the Obamacare Special Enrollment Period for Tax Season ended on April 30th. Obamacare plans will not be available again, without a qualifying life event, until the 2016 open enrollment period begins on November 15th and the earliest that coverage can start for those plans is January 1, 2016. Unfortunately, many consumers are unaware of the Obamacare lockout situation.