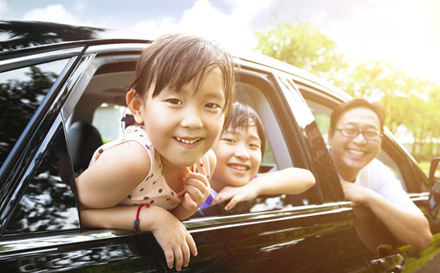 HEALTHCARE
Will the Typical Family Soon Trigger the Cadillac Tax?
A typical family’s health plan is a gold plan in terms of actuarial value. So it may trigger the Cadillac tax that goes into effect on high-cost health plans in 2018, according to the Milliman Medical Index. In 2015, costs will increase 6.3% ($1,456) for a typical American family of four with an employer-sponsored PPO. Their total cost will be $24,671, according to the latest Milliman Medical Index. The employer pays $14,198 and the employee pays $10,473 through payroll deductions and cost sharing at the time of service.

Whether the typical family is affected by the Cadillac tax will depend on whether future trends exceed recent levels, with people insured through smaller employer-sponsored plans potentially being more susceptible. This year’s 6.3% cost increase follows last year’s all-time low of 5.4%. Most of the components of care analyzed by the index (physician, outpatient, inpatient, other) experienced trends in line with recent years, but the sharp increase in prescription drug costs heightened the rate of increase.

Scott Weltz, co-author of the index said, “The rate at which prescription drug costs increased this year doubled over the average increase of the prior five years. This was driven by a combination of factors, including the introduction of new specialty drugs, a continued increase in compound drugs, and price increases for brand name and generic drugs.” For more information, visit milliman.com.

Obamacare Premiums Higher in Counties Without a Preferred Provider
A study by HeathPocket reveals that consumers benefit when PPO plans are available to them, even if they choose not to buy PPO plans since the other available plans will have lower premiums. The average Obamacare premium for a 40-year-old was $327.28 in counties with no PPOs and $325.43 in counties with PPOs. Obamacare health plans must meet the standards mandated in the Affordable Care Act, but plans choose whether to cover out-of-network providers and require referrals for specialist visits, according to the study.

Companies Look to Transition Retirees to Health Exchanges
Two-thirds of companies are considering altering their pre-65 retiree health strategies over the next few years, according to a new Aon Hewitt survey. Of those, 35% are favoring sourcing health coverage through the public exchanges under a defined contribution approach. Twenty-eight percent are considering eliminating pre-65 retiree coverage and subsidies altogether.

John Grosso of Aon Hewitt said, “Most companies are looking closely at altering their pre-65 retiree strategies to reduce cost and relieve the looming excise tax risk facing employers and retirees, but they are waiting on the outcome of the King v. Burwell U.S. Supreme Court case before taking action. Health exchanges are attractive because they enable companies to take advantage of the health care efficiencies found in the individual market; when you have efficiency on top of competition, you will see better financial outcomes for both companies and retirees.”

Eighty-four percent of companies plan to make changes to their pre-65 retiree strategies to mitigate the excise tax on high cost employer health plans when it goes into effect in 2018. Of those, 23% favor sourcing coverage through the exchanges under a defined contribution approach. Employers are also considering these strategies:

Cary Grace, CEO of Aon Exchange said, “Companies that transition post-65 retirees to a private retiree health exchange are generally providing subsidies that allow the vast majority of retirees to buy at least comparable coverage to their group plan, with many retirees finding greater value in the individual market. This benefit, coupled with the high-touch customer service model and data-driven tools offered by the Aon Retiree Health Exchange, helps retirees find a plan that best meets their needs.” For more information, please visit exchangesolutions.aon.com.

Top Health Plans See Better Performance
Most of the top health plans experienced enrollment gains coupled with favorable financial results for 2014, according to a report by Mark Farrah Associates (MFA). Medical membership for the leading U.S. health insurance plans increased nearly 5.7% from 139.1 million at year end of 2013 to 144.7 million at the end of 2014.

Membership changes came primarily from mergers and acquisitions, but leaders also reported organic growth in select segments with many top plans continuing to reflect increases in both risk and ASO enrollment.  As of December 2014, Anthem enrolled 37.5 million medical members, an increase of nearly 1.9% year-over-year, positioning the company as the leading health plan based on total membership.  UnitedHealth was the only leader of the seven health plans that saw a decline in enrollment with 36.8 million medical members as of December 31, 2014, compared to 37.2 million in 2013.  Aetna, the third largest health plan in the nation, reported total membership of 23.1 million at year-end 2014, a 1.3% increase since year-end 2013.  Humana saw the largest increase in risk-based enrollment with a 27.1% increase but experienced a loss in ASO membership.

Profit margins for the leading companies were generally favorable for year-to-date 2014 performance.  Kaiser reported a net income of $3.1 billion on revenues of $57.6 billion for 2014 with a profit margin of 5.34%.  UnitedHealth’s profit margin declined from 6.3% in 2013 to 5.8% in 2014.  The company partly attributed the reduction in operating earnings to ACA fees and Medicare Advantage funding reductions.  Aetna reported a 2014 profit margin of 4%, down from 4.3% the prior year and Anthem’s margin was 3.5%, which was on par with 2013. For more information, visit markfarrah.com.

EPIC Acquires Executive Financial
EPIC Insurance Brokers and Consultants acquired Executive Financial in Los Angeles, a firm specializing in executive benefits, life, and disability insurance strategies founded in 1995 by Peter Lizotte. “As a part of EPIC, we now have access to best in class compliance, communication and wellness services, not only to support our existing clients but also to successfully compete for new business. Additionally, we are very excited about the opportunity to significantly expand our proprietary executive disability income and life insurance programs under the EPIC brand,” Lizotte said. Since The Carlyle Group became the firm’s major investment partner in December 2013, EPIC has completed nine acquisitions/purchases, adding nearly 400 team members in multiple locations across the United States. For more information, visit epicbrokers.com.

EMPLOYEE BENEFITS
Employers Boost Benefits to Reduce Turnover
A survey by Accountemps reveals that, to keep workers from jumping ship, 48% of chief financial officers say their companies are enhancing employee benefits, such as health insurance or retirement packages. Sixty-three percent are promoting top performers and 52% are raising salaries. Seventy-nine percent are taking steps to improve employee retention as the economy recovers. Companies are taking the following steps to retain employees as the economy improves:

Only 37% of Wellness Plans Have Smoking Cessation Programs
As the federal government and behavioral economists zero in on smoking cessation, a recent HealthMine survey of 750 wellness program participants indicates that only 37% say smoking cessation programs are included in their plan. Even in plans that do include quit smoking programs, 87% said they need an incentive, or they would be unlikely to complete the program. Only 32% of wellness program enrollees say their program includes any incentives for smoking cessation. Sixty-three percent of workers say that colleagues who smoke should pay more for health insurance while 48% say that e-cigarette smokers should be penalized. For more information, visit healthmine.com.

Life Settlements
By addressing redundancy in language, reducing excess paperwork, and combining
documents that require notarization, Abacus Life Settlements has been able to significantly slash the time to complete a life settlement transaction. The most significant improvement is a 50% reduction in the number of notary requirements, a 25% reduction in the number of signature requirements, and a 14% decrease in the number of pages in the company’s contracts. For more information, visit abacuslifesettlements.com for more information.

Term Life
Haven Life now lets consumers apply for and get an instant decision on a fully underwritten term life insurance policy. Once a user submits a Haven Term application online, the algorithm determines immediately whether they’re eligible for coverage. If approved, coverage can begin right away. For more information, visit
havenlife.com.

Sales Productivity Tools
Tactile released Tact for Android and Tact for Desktop. The application brings together the tools salespeople use everyday – Exchange, Gmail, Salesforce and phone – into one app. Features include the ability to do the following:

EVENTS
Webinar On Sources For Health Care Coverage In Retirement
Transamerica will host Health Care in Retirement: Medicare and Other Coverage Options, a free educational web seminar about the potential sources for health care coverage in retirement. The event will be held on May 20 at 10:00 p.m. PT, and anyone can participate. To attend, register online at this link or  call 855-705-8644. Space is limited, so early registration is recommended.