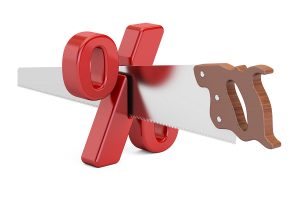 A.M. Best: Preliminary Results Show U.S. Life/Health Industry’s Net Income Slipped 3.1%
The U.S. life/health industry reported a 22.8% year-over-year increase in pretax net operating income to $66.2 billion in 2016, the highest level of the last five years; however, due to realized capital losses of $11.2 billion, compared with $3.3 billion in losses in 2015, net income was driven down 3.1% year-over-year to $38.8 billion. These results are detailed in a new Best’s Special Report, titled,“A.M. Best First Look–4Qtr 2016 U.S. Life/Health Financial Results,” and the data is derived from companies’ statutory statements that were received as of end of March. These financial results represent approximately 97% of the total U.S. life/health industry’s premiums and annuity considerations. Despite the decline in net income, capital and surplus for the industry reached a record $378.7 billion as of year-end 2016. Total income for the industry in 2016 was $842.2 billion, and remained virtually flat compared with 2015. Access the full copy of this special report here.

NFCC® Annual Survey Reveals Return to Higher Household Credit Card Debt; Consumers Still Want Professional Advice
The National Foundation for Credit Counseling® (NFCC®) released the results of the 2017 Financial Literacy Survey. Sponsored by Washington-based credit union BECU, the survey found an increase in Americans’ credit card debt, decreases in the number of people with non-retirement savings and higher levels of concern about long-term financial stability, including retirement savings. “It is concerning that so many Americans remain in such a fragile financial position after the Great Recession,“ said Susan C. Keating, NFCC president and CEO. Compared to last year, significantly more U.S. adults indicate their household carries credit card debt from month to month (39 percent vs. 35 percent in 2016), with nearly two in 10 adults saying they roll over $2,500 or more in credit card debt each month, up from 2016 (16 percent vs. 14 percent in 2016).  Reversing a trend that has been consistent since 2009, more U.S. adults are spending less than they were last year (26 percent vs. 23 percent in 2016). As more households carry costly credit card debt from month to month, spending could become a greater challenge as Americans try to pay off balances while working against a rising tide of interest and fees. A little over half of adults (54 percent) say they are saving the same as last year, slightly down by 4 percentage points from 2016. Those who say they are saving “more” remains unchanged since 2016 (26 percent). The proportion that has non-retirement savings has decreased slightly in the past year (68 percent vs. 69 percent in 2016). Additionally,  more than 1 in 4 U.S. adults (27 percent) do not save any portion of their household’s annual income for retirement, which holds steady compared to 2016 (26 percent).. It remains encouraging that a majority of U.S. adults (80 percent) agree that, considering what they already know about personal finance, they could still benefit from advice and answers to everyday financial questions from a professional. Additionally, if they were having financial problems related to debt, nearly one-quarter of adults, or almost 59 million people, indicated they would reach out to professional for assistance. The complete 2017 Consumer Financial Literacy Survey can be viewed at the NFCC site.

Aflac’s New Group Accident Plan Offers Customized Lifestyle Protection
Aflac today announced the launch of its new Group Accident plan with innovative benefits, higher payout amounts and lower premium rates. The new insurance offering allows brokers to provide clients with a customized plan that fits most budgets and directly targets the out-of-pocket costs that impact employees’ financial freedom. One out of every eight people seek medical attention for an injury each year, according to Aflac. “Creating this new Group Accident plan demonstrates Aflac’s commitment to meeting the needs of brokers and their clients by providing more choice, tailored coverage options and Day One value with bundled services,” said Stephanie Shields, Aflac vice president of product innovation and marketing. New benefits include an organized athletic activity rider, which covers accidents that result from participating in team sports, as well as pain management, chiropractic treatment and alternative therapies needed as a result of a covered accident.  By offering Aflac’s new group accident plan, brokers can provide clients with a robust benefits package bundled with services that deliver day one value at little or no cost. For example, Aflac’s health advocate program helps customers navigate the complex health care landscape by offering support for a variety of issues, including finding doctors, understanding a diagnosis, negotiating medical bills and helping reduce out-of-pocket costs.  With four flexible benefit categories, the updated group accident plan allows clients to fully tailor their coverage by choosing which categories to offer their employees and at what benefit level. With more specialty benefits offerings, this mix-and-match plan gives clients more control over benefits spending without sacrificing employee coverage. The four modules include: initial accident treatment, hospitalization, after care and life-changing events with benefits such as prosthesis repair, vehicle modification and more. All four categories in the expanded group accident plan can be paired with optional riders. For more information, visit Aflac online.  MetLife Releases U.S. Employee Benefit Trends Study

ACA: Death by 1,000 Cuts?
Jay Hancock on California Healthline contends that the Trump Administration wasn’t successful in their first attempt at ACA repeal and replace, but they are now discussing changes that could affect a wider net of employment-based policies and Medicare coverage for seniors. Hancock says what’s going on in Washington might touch you and your clients in these important ways:

1. A 3-year-old lawsuit threatens many plans. A suit by the Republican-led House challenges some subsidies supporting private plans sold to individuals and families through the ACA’s online marketplaces, also called exchanges. It has already gained one court victory. By many accounts, it would wreck the market if successful, stranding up to 12 million without coverage.

“It’s the single-biggest problem facing the exchanges,” said Rachel Sachs, a health law professor at Washington University in St. Louis. “That would make insurers not only exit tomorrow but also not want to offer plans in 2018.”

The litigation involves lesser-known ACA subsidies that reduce out-of-pocket costs such as copayments and deductibles for lower-income consumers. These are different from the law’s income-linked tax credits, which help pay for premiums.

Filed in 2014, when Barack Obama was president, the suit could backfire by politically harming the Republicans now in charge. House leaders have delayed the litigation and said they won’t drop the lawsuit but will continue the subsidies while it gets considered. The administration has not said how it plans to handle the lawsuit.

2. Policy confusion undermines coverage. Even if Congress doesn’t repeal the ACA, the continuing battle makes insurance companies think twice about offering marketplace policies for next year. The less clarity carriers have about subsidies and whether the administration will promote 2018 enrollment, the likelier they are to bail or jack up premiums to cover themselves.

3. Democrats say Republicans are sabotaging Obamacare. Shortly after taking power, Trump officials yanked advertising designed to maximize enrollment in marketplace plans just before a Jan. 31 deadline. It was partly restored after an outcry. Then the administration said it would scrap an Obama-regime plan of rejecting tax returns from individuals who decline to say whether they had health insurance — weakening the requirement to be covered. Trump aide Kellyanne Conway suggested in January the administration might entirely stop enforcing that requirement — the part of the law most hated by Republicans. If officials persist with that message, plans could attract even fewer of the young and healthy members whose premiums are needed to support the ill. That would cause more rising premiums and insurer exits.

4. Trump officials will move to roll back ACA coverage even if Congress doesn’t repeal. Tom Price, secretary of the Department of Health and Human Services, has signaled his intent to reverse parts of the ACA through regulation even if Congress doesn’t repeal the law. For example, Price couldn’t unilaterally eliminate coverage for birth control or maternity care, both of which many Republicans object to on moral grounds or because of cost. But birth control might no longer be free as a preventive benefit. Maybe the administration would let states limit the number of prenatal visits in maternity coverage. Perhaps more employers could gain religious exemption from providing birth control.

5. Medicaid coverage for low-income people could shrink. Obamacare’s coverage expansion included government Medicaid coverage for folks with lower incomes. Thirty-one states and the District of Columbia expanded Medicaid to most adults with incomes below about $16,000 for singles and $28,000 for a family of three — although eligibility varies. Republicans want to reduce the growth of Medicaid spending and give more control over the program to states. Discussions for a Medicaid overhaul focus on replacing ACA provisions with fixed, less-generous federal grants to states. The spending cuts advocated by the GOP would cause significant financial distress in California, where 14 million people, one-third of the population, are on the state’s version of Medicaid, known as Medi-Cal. Nearly 4 million of them enrolled under the Obamacare expansion.

6. Some Republicans want to overhaul Medicare for seniors. House Speaker Paul Ryan wants to restrain Medicare growth by giving members fixed, “premium support” payments to buy plans and possibly raise the age of eligibility. Both could lead to less coverage or greater out-of-pocket expense. But the proposal wasn’t part of the Republicans’ replacement bill. Changing Medicare likely would trigger loud objections from AARP and other powerful lobbies. And Trump doesn’t seem inclined to back a change.

7. Job-based coverage could become less generous. Although ditching Obamacare would end the requirement for large employers to offer health insurance, most companies would keep their plans as a way to attract workers, analysts say. But that coverage could become less generous. The ACA limits employer-plan members’ annual out-of-pocket cost and also prohibits caps on annual and lifetime benefits. At the same time, it prohibits waiting periods for covering a new worker’s preexisting illness. Any replacement law signed by Trump might not include those protections.

MetLife Releases Employee Benefit Trends Survey
MetLife’s 15th Annual U.S. Employee Benefit Trends Study confirmed that the gig economy and demographic shifts are disrupting the workplace and redefining employees’ workplace expectations. MetLife’s study found that the gig economy is posing a real threat to employers, with over half (51 percent) of employees saying they are interested in contract or freelance work for more flexible hours, the ability to work from home and project variety, as opposed to a full-time salaried job which may not offer such perks. Freelance work appeals to millennials most, with nearly two-thirds (64 percent) of the generation interested, followed by gen X (52 percent) and boomers (41 percent). Employers agree that the gig economy is affecting the workplace: nearly two-thirds (59 percent) say the increase of temporary jobs will impact the workplace in the next three to five years. When asked to rank their top benefits priorities, more employers (83 percent) chose retaining employees as an important benefits objective than increasing employee productivity (80 percent) and controlling health and welfare benefit costs (79 percent). More so, over half of employers (51 percent) say that retaining employees through benefits will become even more important in the next three to five years. “Not only is the gig economy disrupting the traditional workplace, but the workforce itself is transforming. There are four generations working side by side. Employees’ definitions of family are changing, and certain demographics, like single women, are on the rise. Employees have very distinct wants and needs and expect their employers to meet them,” said Todd Katz, MetLife executive vice president, group benefits. “To attract and retain top talent in this new era, especially during a time of decreasing unemployment rates, employers have an opportunity to adapt their workplaces to address the unique needs of their employees. This is especially critical when it comes to benefits.”  More information on the study can be found here.