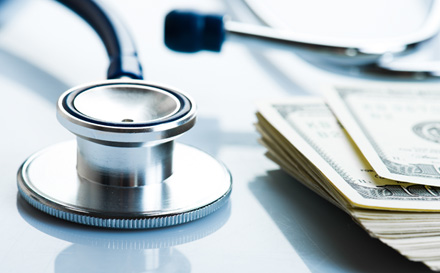 IN CALIFORNIA
Governor Signs Agent Friendly Bill
California is the first state to require health insurers to give advance notice to licensed health insurance agents before making major changes to their agent contracts. AB 1163 (Rodriguez D-Pomona) was sponsored by CAHU, the Independent Insurance Agents and Brokers of California, and NAIFA California. The law takes effect January 1. AB 1163 will require health insurers and HMOs to give appointed agents 45-days notice of certain changes. to their agency agreement.
CAHU President Michael Lujan said, “AB 1163 levels the playing field and provides for a fair and reasonable notice to licensed agents when their contract is materially changed. Most independent insurance agents are main street small business owners in nearly every community in California. This change is critical in light of the ACA compressed open enrollment period each year.”
Premiums Drop for Lowest Cost Silver Plans
The average 2016 premium increase for ACA Benchmark Silver Plans is 4,4% in 14 major cities across the United States. But California is beating the odds. Premiums for the lowest priced Silver plan actually dropped 5%, according to a survey by the Kaiser Family Foundation (KFF). Premiums for the second lowest price Silver plan rose a modest .2%.

Assisted Suicide Is Now Legal in California
Gov. Jerry Brown signed a bill allowing physician-assisted suicide. The California law will permit physicians to provide lethal prescriptions to mentally competent adults who have been diagnosed with a terminal illness and are expected to die within six months.  The law will take effect 90 days after the legislature adjourns its special session on healthcare, which would be some time from January to November.

EMPLOYEE BENEFITS
Employees Aren’t Taking Steps to Reduce Eyestrain
Employees are spending more time on electronic devices than they did five years ago – increasing their risk for digital eyestrain and other vision issues, according to a survey conducted by Wakefield Research for Transitions Optical. Forty-four percent of employees are spending more time during their work day using electronic devices  including smart phones, tablets, computers, and laptops. Fifty-four percent are extending their digital day by increasing use at home.

Extended use of electronic devices can lead to numerous vision problems including eyestrain, fatigue, and headaches. In fact, one-third say that light reflected from a computer screen and personal devices bothers their eyes at work. Taking breaks to rest the eyes can help alleviate problems. But 80% of employees spend at least part of their break time using devices.

Jonathan Ormsby, strategic account manager, Transitions Optical said, “We live in a digital world, so it makes sense that many employees are depending heavily on their devices throughout the day; that likely won’t change. The unfortunate consequence is that this increased and extended use is likely hurting their eyes and productivity.”

Very few employees take steps to reduce visual disturbances. Only one-third adjust the settings on their computer screens or personal devices; 16% adjust light in their work space; and one-third wear eyeglasses with advanced lens technology to improve their vision.

Ormsby added that employers have a tremendous opportunity to educate employees about the risks of extended digital use and to reinforce the importance of using their vision benefit to get regular eye exams and get eye wear that reduces glare and provides more comfortable vision.

Less than 40% of employees say their plans cover anti-reflective coating fully or offer discounts while only one-third say their plans cover photochromic lenses. Twenty-seven percent of employees who have  visual disturbances at work, including eyestrain, have not told anyone about the issue. Indoor workers are three times less likely to discuss eye health concerns with eyecare professionals than are outdoor workers. Transitions Optical offers employee and employer focused tools and education free of charge at HealthySightWorkingforYou.org.

What Employees Need to Ask During Open Enrollment
Transamerica is offering a list of questions that employees should be asking during open enrollment. Renee Preslar, communications manager at Transamerica Employee Benefits said, “It’s important to spend time reviewing your company’s voluntary benefit options. With high deductible health plans on the rise, supplemental insurance can add value to your benefit portfolio and help you save money on your annual medical expenses. Here are the questions:

Small Plan Participants Miss Out on Retirement Fund Investment Options
Small plan participants are missing out on investment options in their 401(k)s according to a Guardian survey. Plans for small businesses generally have fewer plan features, services, and investment options. Some of the major differences between small and large plans include the diversity of investment options, the ability to purchase stock in the company, and access to fixed-rate accounts. Also, small market participants are less knowledgeable and less engaged in their plans. According to the Guardian, this is particularly important since 401(k)s and other defined contribution plans are, by far, the largest anticipated source of retirement income for plan participants. The lack of options and services demonstrates an opportunity to enhance plan design and investment features available to small plan participants.

Douglas Dubitsky, vice president at Guardian Retirement Solution said, “Americans rely almost exclusively on their 401(k) accounts for their retirement income, so making access to a broad range of investment options and support for employees of every size company is critical for better retirement outcomes.”

Small and large plan participants don’t understand investment terms. Most participants have heard the terms “contribution rate” or “vesting” or have heard about loans from their accounts. But many don’t understand how they affect retirement planning. Small market participants generally have less access to support and appear to be less knowledgeable and therefore, less engaged in their plans. Guardian Retirement Solutions has developed the RetirementConnect education program. For more information, visit guardianlife.com/401kRetireWell.

Federal Action Could Expand Private Retirement Coverage
About half of private sector workers in the United States have no access to a workplace retirement savings program, especially those who are low-income or employed by a small firm, according to a report by the General Accountability Office (GAO). This is an important issue for states because millions of workers who don’t have enough retirement savings could strain safety net programs.

About 45% of private sector workers participate in a workplace retirement savings program. Using tax data to correct for under-reporting raised the share of workers participating to 54%, but it still indicates that many workers lack coverage. Eighty-four percent of those who are not participating work for employers that don’t offer retirement savings programs or they are not eligible for the programs because they are new employees or in jobs that are excluded from participating. The majority of lower-income workers and those employed by smaller firms say they would participate in a workplace retirement program if is was offered.

Key strategies to expand private sector coverage include encouraging or requiring workplace access, having automatic enrollment, offering financial incentives, and simplifying the program. Pending implementation, California and Illinois would require certain employers to enroll workers automatically in a state-run program, though workers could choose to opt-out.

Combining workplace access with automatic enrollment and financial incentives has helped increase participation in the countries that GAO studied. States and countries have tried to simplify programs by reducing complexity, cost, and risk for workers. Some states intend to reduce burdens for employers by selecting and monitoring providers. They plan to reduce the complexity for workers by limiting investment options.

State and national stakeholders say that the Employee Retirement Income Security Act of 1974 (ERISA) creates challenges that could delay or deter state efforts to expand coverage. ERISA preempts any state law relating to employee benefit plans for private sector workers. Four of the six states that GAO reviewed intend to create payroll deduction IRA programs that would not be considered employee benefit plans. But under ERISA, it is unclear whether a state can offer such programs or certain program features. Regulations from the Departments of Labor (DOL) and the Treasury also create uncertainty.

HEALTHCARE
HSA Rollovers Are Increasing
While there have been some ups and downs, rollovers in health savings accounts (HSAs) are generally increasing, according to data from EBRI/Greenwald & Associates. When an employer offers an HSA health plan, any money left in an account at the end of the year rolls over automatically, and is available in the following year since there is no use-it-or-lose-it rule. However, employers can restrict the amount carried over. The survey also finds the following:

A Majority Opposes the Cadillac Tax & the Medical Device Tax
Congressional lawmakers have discussed repealing the Cadillac Tax. This provision of the Affordable Care Act helps pay for other provisions of the law. Starting in 2018, the Cadillac Tax imposes a tax on higher cost employer-sponsored health plans. Since the public has a generally unfavorable view of taxes, it’s not surprising that 60% oppose the Cadillac tax, according to a survey by the Kaiser Family Foundation. When those opposed to the tax are told that it could help lower health care costs, 27% change their minds to favor the tax, pushing support to 55%. When those who favor the tax are told that it’s likely to cause employees to face higher deductibles and co-pays, 15% change their minds to oppose the law, pushing opposition to 75%. Arguments about how many employers would be affected by the tax in 2018 and 2028 are less persuasive. Fifty-seven percent of Americans favor repealing the medical device tax, which applies to manufacturers of medical devices, such as artificial joints and pacemakers. For more information, visit kff.org.

Americans Want More Transparency in Health Plan Data
The ACA requires plans to disclose how often claims are denied or appealed, the availability of network providers, and what consumers will pay out-of-pocket for care out-of-network. Under the law, transparency reporting requirements were to take effect in 2010 for plans outside of the marketplace and in 2014 for marketplace plans. But these provisions have not yet been implemented. A recent notice proposes to delay implementation further, though it has not yet been finalized, according to a report by the Kaiser Family Foundation.

The public largely supports requiring health insurance companies to release data points, including data on the availability of in-network doctors and hospitals (84%), data on how often claims are denied or appealed (83%), data on how quickly the company pays claims (82%), and data on what a typical person pays to see a doctor who is not in the plan network (73%). Seventy percent say they would be at least somewhat likely to this information when shopping for a health insurance plan.

NAHU Supports Protecting the Affordable Coverage for Employees Act
The National Association of Health Underwriters (NAHU) applauds the Senate for passing H.R. 1624. It gives states to have more flexibility in determining their own small-group market instead of relying on a single national standard. NAHU calls it a huge win for states and small groups. The PACE Act repeals the mandated change of definition for small employers from groups of up to 50 employees to include groups of up to 100 employees. This change was mandated as part of the ACA. New compliance requirements and the regulations for the new group would have caused dramatic changes to the insurance policies of medium-sized employers.

Janet Trautwein, CEO of NAHU said, “NAHU has made the passage of this legislation a top priority. We commend the House of Representatives and the Senate for supporting the passage of this bill. We now urge President Obama to take action quickly before businesses lose their current health plans and millions of Americans lose their health coverage.”

NEW PRODUCTS
Benefit Exchange
MassMutual is launching “BeneClick!” The integrated benefit exchange features a guidance tool that helps employees prioritize retirement savings, healthcare, and insurance protection benefits based on their life stages. BeneClick! is being introduced through MassMutual’s distribution partners on a limited basis and will be available more broadly starting in mid-2016. Initially, through BeneClick!, MassMutual will offer access to retirement plan enrollment features and life insurance products, and expects to add insurance products in 2016, such as critical illness and accident protection. For more information, visit massmutual.com.