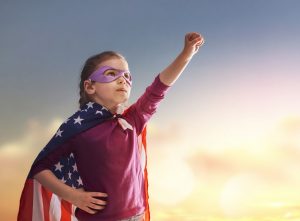 We’ll keep this short because we have a feeling you may have spent the day glued to the television watching Michael Cohen testify before the U.S. Congress House Oversight Committee….may truth prevail…anyhow…

A bill that appears to have both Republican and Democratic support passed the House this week. H.R. 525, the “Strengthening the Health Care Fraud Prevention Task Force Act of 2019″ bill aims to root out fraud in health care. It calls for the secretary of the U.S. Department of Health and Human Services to set up a public-private anti-fraud partnership that would create data-sharing agreements that would allow member organizations to share confidential billing data. The HHS secretary would then hire a third party to assist the member organizations, report cases of potential fraud to law enforcement, and look for possible signs of fraud, waste and abuse. Insiders say Senate Majority Leader Mitch McConnell is amenable to bringing H.R. 525 up on the Senate floor and the bill has a good chance of becoming law.

House Dems Rally Behind Medicare For All

The Washington Examiner reports that more than 100 House Democrats are rallying behind a bill that would introduce a healthcare plan that would transition nearly everyone living in the U.S. onto a government-financed system in two years. Interesting. However, with the GOP controlled Senate, for now there’s slim to no chance this will go anywhere.

“The Trump Administration’s rule would deny women access to vital reproductive health services. The rule will be particularly devastating to hard-working low-income Californians who comprise a quarter of all recipients who receive vital health services from the program. The Trump Administration’s attack on this program essentially defunds Planned Parenthood, an important provider of cancer screenings, sexually transmitted disease testing and treatment, and contraceptive counseling. The Department of Insurance opposed this proposed federal rule last year, and I stand in solidarity with Attorney General Becerra in efforts to block the final rule in the courts now.”

According to the United States Department of Health and Human Services, Office of Population Affairs (OPA), Title X funds are used to support the delivery of family planning and related services to more than 1,000,000 low-income uninsured or underinsured Californians annually at over 350 health centers throughout California. Californians made up approximately 26 percent of Title X service recipients nationwide in 2016. Of these Californians, 91 percent had income under 250 percent of the poverty level, which qualified them for subsidized or free services.

The Ethisphere Institute announced that Aflac has been named one of the World’s Most Ethical Companies for a record-setting 13th consecutive year. Aflac is one of only eight businesses and the only insurance company to appear on the list every year since its inception in 2007.

According to Ethisphere, in 2019, 128 honorees were recognized spanning 21 countries and 50 industries. The 13th class of honorees profoundly illustrates how companies continue to be the driving force for improving communities, building capable and empowered workforces, and fostering corporate cultures focused on ethics and a strong sense of purpose. Also check out the full list of the 2019 World’s Most Ethical Companies.

American International Group, Inc., announced improved rates for Select-a-Term policies with longer term durations and death benefit amounts of $250,000 and above for certain issue ages and risk classes.  According to AIG, the company is setting of some of the lowest premiums in years for Select-a-Term®, the flagship term product issued by American General Life Insurance Company (AGL) and The United States Life Insurance Company in the City of New York (US Life).

AGL and US Life have robust positions in the $500,000 and above market for term life insurance. Nationwide, nearly 70 percent of the Select-a-Term premium rates rank in the top two and 85 percent rank in the top three. Select-a-Term policies offer a mix of flexibility and reach, including guaranteed level term coverage for 18 durations, including 10-year, 15- through 30-year, and 35-year terms, with renewable coverage until age 95. Additionally: 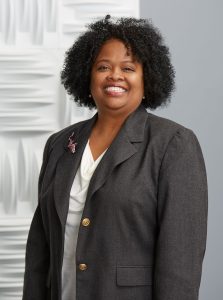 Hodges-Mace announced that Megan Runci was recently named one of Employee Benefit Adviser‘s Top 20 Rising Stars in 2019. In 2018 Megan was named Top Sales Rep of the Month six times and generated more than $2.6 million in new revenue.

Standard Insurance Company announced that John Felton has been hired as the vice president of Information Technology Enterprise Services. Felton comes to The Standard after 21 years at Sprint Corporation where he held a variety of roles in the information technology organization, most recently as vice president.

3 Myths Of Financial Success
In an ever-changing business world traditional thinking about success may be misguided and outdated, warns Daniel Ameduri, co-founder of the Future Money Trends newsletter. Ameduri offers up these three myths that he says interfere with people’s potential: