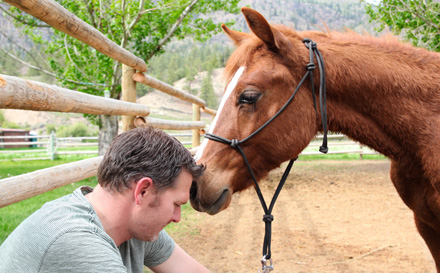 IN CALIFORNIA
Individual Health Insurance Market Fails Farmers and Ranchers
About one in three California family farmers and ranchers must purchase health coverage through the costly individual market, according to a report by the Access Project and commissioned by the California Endowment. Family farmers and ranchers with individual coverage spent about $4,600 more on premiums and out-of-pocket costs than did those with group health coverage. Many of these families average more than $4,000 in medical debt and $1,700 in dental debt. The average health care expenditures constitute 9% to 44% of their income. Fifty-four percent of respondents had household incomes from $20,000 to $99,000. In California, 98% of farms are family farms; they produce $32 billion per year in value; and support more than 1.1 million jobs. They account for about 7.4% of employment in the state.For more information, visit calendow.org.

Covered California Reaches Out to Schools
Covered California is providing an online tool kit to help school officials educate families about enrolling in health care coverage under the Affordable Care Act. The tool kit includes a customizable flier. Schools can easily insert the contact information for a local enrollment assistance entity and distribute the flier with other school enrollment materials. For more information, visit CoveredCA.com.

Word & Brown Ad Campaign A Finalist in American Business Awards
The Word & Brown General Agency was named a finalist this month in the Marketing Campaign of the Year in the 2015 American Business Awards (Insurance category). The company will be recognized as a Gold, Silver, or Bronze Stevie Award winner in the national competition. Stevie Awards are conferred in six programs worldwide, including the American Business Awards in the U.S. General Agency President Jessica Word said, “It’s great to see our ‘Say the Word’ campaign and our marketing and communications team recognized for their 2015 efforts.” Word & Brown’s sister company, Quotit Corporation, is also a finalist in the website category for insurance for the Quotit website redesign.  More than 3,300 nominations from organizations of all sizes and in virtually every industry were submitted. Final judging will take place later this month.

Gharib-Danesh was a chiropractor and manager of Pain Relief Health Centers (PRHC). PRHC was headquartered in Los Angeles, and had clinics in Bakersfield, Visalia, and Fresno, as well as in Los Angeles County. Eoh was also a chiropractor, and was the treating physician for PRHC’s Kern County workers’ compensation claims. Terrence was a clinical psychologist who saw patients from the Bakersfield clinic. According to the indictment, PRHC recruited workers claiming to have an injury.

Gharib instructed her staff to add as many injured body parts for treatment as possible to generate higher billings. The treatment plan generally included shock wave therapy, electro stimulation therapy, myo-facial release/massage, physical therapy, chiropractic manipulation, compound creams, and psychological evaluation. Nearly every patient was scheduled for the same treatments. The maximum amount of treatments allowed by law was generally billed to the insurance company. Eoh operated out of the Bakersfield Clinic, the Visalia Clinic, and the Fresno Clinic and would sign the treatment plans and referral forms.

Gharib allegedly directed Eoh to refer all patients to Terrence for a psychological evaluation. Terrence submitted virtually identical bills and reports for each patient. He also allegedly billed for patients at a rate higher than legally allowed. According to the indictment, Terrence said he gave each patient about 20.8 hours of psychological evaluations in a single day. On one day, Terrence billed a total of 291.2 hours for treating 14 patients. In one two-weeks period, Terrence billed over a thousand hours for treating patients and writing reports. From 2005 to 2012, Terrence submitted more than $5.6 million in claims for psychological services in workers’ compensation cases.

This case is the product of an investigation by the Federal Bureau of Investigation, the California Department of Insurance, and the Kern County District Attorney’s Office. If convicted, each defendant faces a maximum of 20 years in prison and a $250,000 fine on each count.

Addressing Disparities in Pediatric Care
With its dense care network, California has the potential to improve healthcare access for publicly insured children. The state could improve access by providing incentives for providers to accept these patients. In contrast, states, such as Mississippi, would not generate the same improvement since access for privately insured children is also lacking, according to an analysis by Georgia Tech.

HEALTHCARE
Having Medicaid Dental Coverage Does Not Prevent ER Visits
In urban areas, expanded Medicaid dental coverage has not reduced dental emergency visits despite an adequate supply of dentists. In fact, 90% of dental emergency visits occurred in urban counties. Even though dental coverage has been expanded under Medicaid, more than 2% of emergency room visits are for non-traumatic dental conditions, according to a study in Health Affairs. Patients may have difficulty locating dentists who accept Medicaid. The rate of dentists who accept Medicaid is as low as 11% in Missouri, 15% in Florida and 20% in New York.

A Look At Healthcare’s Super-Utilizers
The need is intense, yet temporary for many patients who use a lot of health care services. These patients with multiple visits to the emergency room and multiple hospital admissions are known as “super-utilizers.” They have become the focus of community- and primary care–based interventions.

Health Affairs looked at 4,774 publicly insured or uninsured super-utilizers from May 1, 2011 to April 30, 2013. Three percent of adult super-utilizers accounted for 30% of adult charges. But fewer than half of patients who were super-utilizers on May 1, 2011 remained so seven months later. Only 28% remained at the end of a year. Solutions to over-utilization include improving predictive modeling to identify people who are likely to experience sustained levels of avoidable utilization, better classifying subgroups for interventions, and implementing stronger program evaluation designs. For more information, visit healthaffairs.org.

Medicaid Poses Increasing Risks to State Budgets
A rebound in healthcare spending and a shift in federal support will put more pressure on U.S. states’ long-term budgets, Fitch Ratings says. While state and local Medicaid spending growth will remain below historical levels, Fitch believes it will still outpace revenue growth, forcing states to make challenging budgetary decisions. Fitch expects most states to accelerate efforts to slow Medicaid spending and take other budgetary actions. If they do not, they face long-term budget imbalances.

The Centers for Medicare and Medicaid Services (CMS) expects state and local Medicaid spending growth to average 6.3% annually from 2014 to 2024. The increase is partially due to normalization after recession era rates bottomed at 5.2% in 2007, as well as the downshift in federal funding for the Medicaid expansion that will begin in 2016.

Several states have reported net budgetary gains from ACA expansion that could offset those increased costs. CMS expects overall health spending growth to accelerate to 5.8% annually through 2024, up from 4% in 2007. The recession and its aftermath played a key role in suppressing costs in recent years. For more information, visit fitchratings.com.

What Consumers Look for In a Health Plan
When choosing a health plan, the cost of insurance premiums is the top concern for younger healthcare shoppers (under 45). In-network access to doctors ranks higher with older consumers (45 and over), according to a 2015 FAIR Health survey of more than 1,000 adults in the United States.

While older consumers place access to their doctors at the top of the list, all age groups are more concerned about whether certain doctors are in their plan’s network than they are about network size. This information comes at a time when more employers and health plans are introducing narrow and tiered networks to reduce healthcare costs. Consumers also have more access to health plan choices due to the growth of public and private healthcare exchanges.

“While consumers did not list the number of doctors in the network as a prime consideration when enrolling in a health insurance plan, if the primary care doctors consumers prefer are not in their network, it will factor into their decisions when selecting a plan,” said Robin Gelburd, president of FAIR Health.

Latinos, women, adults younger than 45, low-income households and people with children in their households are the most likely to say that cost usually or always influences their decisions when choosing a doctor:

Q: Which one of the following is your most important consideration when enrolling in a health insurance plan?

EMPLOYEE BENEFITS
Benefits Remain a Key to Retention and Recruitment
Small-business owners looking to recruit and retain top employees need to pay close attention to their benefit offerings, according to a survey by Aflac. A majority of workers employed in small businesses are willing to consider a job with slightly lower pay, but better benefits. Half of potential job-changers say that improving their benefit package could keep them right where they are.

FINANCIAL PLANNING
Why the Internet Won’t Take Over Financial Planning
Since 2010, continuous technological developments have allowed investors to monitor and manage their portfolios. But, it takes personal interaction to close the sale, according to research from Cerulli Associates. Scott Smith, director at Cerulli said, “Many assume that…technology will empower investors to handle their financial affairs without…traditional financial advisors…While technology will transform how services are delivered, there will be an ongoing and potentially increasing demand for personalized advice delivered by humans.” The self-directed investor segment declined from 45% to 33% of households. At the same time, the number of households that consult with a financial advisor, on a regular basis, increased from 34% to 43%. For more information, visit cerulli.com.

Short-Term Bond Index Fund
The new TIAA-CREF short-term bond index fund is a passively managed, short-duration fixed income mutual fund. The fund will use the Barclays U.S. It will seek to maintain exposure across a broad range of sectors while employing rigorous techniques to minimize and manage risks. For more information, visit tiaa-cref.org.