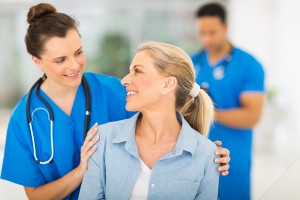 When one carrier controls more than 50% of the market, member satisfaction is significantly lower when it comes to communication and customer service. Greg Hoeg of J.D. Power said, “Carriers are shifting toward member satisfaction as they face more legal restrictions on profitability. Having a choice of providers boosts member satisfaction in markets with less competition. “Sometimes, having fewer, simpler plan choices makes it easier for the member,” says Hoeg.

The ACA’s medical-loss ratio has forced health insurers to focus on increasing their market share to compensate for slimmer margins. Carriers are paying particular attention to cost management. One way to do that is to combine with other carriers, says Hoeg. Traditional plans are merging to reduce costs and increase market power. Examples are the merger of blue plans, national deals like Aetna/Humana, and Anthem/Cigna, and major market-driven acquisitions for UnitedHealthcare/Optum. Many have speculated that Anthem’s proposed acquisition of Cigna will harm competition and consumers by reducing the ability of other health insurers to compete with Blue plans.

Member satisfaction averages 688 in 2016, up from 679 in 2015, and 669 in 2014. Driving increased satisfaction are coverage and benefits (+12 points), information and communication (+11), and customer service (+10). Nationwide, member satisfaction has improved nine index points in 2016 at 688. This follows a 10-point improvement in 2015. Member satisfaction with health plans reached a low in 2014, following the introduction of the health insurance marketplace as part of the Affordable Care Act (ACA).

Health plans with integrated delivery systems are poised for success as health insurance focuses more on member satisfaction. An integrated system includes a hospital organization, a multi-specialty medical care delivery system, the capability of contracting for any other needed services, and a payer. Integrated plans have an average satisfaction score of 746, which is 63 points higher than that of non-integrated plans.

Requiring companies to divest does not maintain competition amid health insurance mergers, according to an issue brief by the Center for American Progress. (Competition authorities frequently require merging parties to divest a number of brands or operations in order to clear a proposed merger.) The Center says that divestitures don’t restore competition with Medicare Advantage plans. Also, seniors pay higher premiums for divested plans. By 2015, acquiring partners exited more than half of the affected counties. Only two of the 15 divested plans are offered, and premiums increased an average of 44% for more than half of the divested plans. Researchers at the Center say that divestitures in the proposed Aetna-Humana merger won’t be successful in maintaining competition and protecting seniors. In fact, the proposed Aetna-Humana merger would greatly reduce market competition for Medicare Advantage beneficiaries. In markets where Medicare Advantage beneficiaries have a choice of insurers, Aetna’s average annual premiums were lowered by as much as $302 and Humana’s annual premiums were lowered by as much as $43. Under the merger, premiums could increase beyond these amounts because of the greater market power of the combined company.

Medicare’s competitive bidding program is driving up costs for diabetic patients, according a study by the National Minority Quality Forum. The study found that the competitive-bidding program disrupted beneficiaries’ ability to get diabetes testing supplies. Not having access to these supplies is associated with increased mortality, hospitalization rates, and inpatient costs. The Centers for Medicare and Medicaid Services (CMS) claims that the competitive-bidding program poses no health threat. However, the Government Accountability Office (GAO) says that CMS statistics did not reveal whether beneficiaries got the durable medical equipment they needed on time or whether they experienced health problems due to problems accessing the equipment. Jaime Davidson, M.D. of the University of Texas said, “We are particularly concerned about the disruption we detected in our analysis given the predominant use of rapid- and short-acting insulin by Medicare beneficiaries who are at significantly greater risk for hypoglycemia than younger individuals with insulin-treated diabetes.” For more information, visit www.nmqf.org.

Last week, the Centers for Medicare & Medicaid Services (CMS) released a proposed demonstration through the Innovation Center to change how Medicare Part B drugs are reimbursed. The Pharmaceutical Research and Manufacturers of America (PhRMA) has the following objections:

Eliza Corp. and Neighborhood Health Plan will present a complimentary webinar, “Reducing Churn: Strategies to improve member retention and loyalty for Medicaid MCOs and QHPs” on Tuesday, March 29 at 10:00 am PST. For more information, visit elizacorp.com.

Attendees at a Healthcare Information and Management Systems Society conference in Las Vegas chose Hillary Clinton as the best choice for the industry among Democratic and Republican candidates with 37% of the vote, more than double that of second place finisher, Bernie Sanders (17%). The DataMotion survey reveals that 71% said that the next administration should keep ObamaCare, but make some changes. The survey questions and results are as follows:

Which presidential candidate do you think would be the best choice for the healthcare industry?

Key Trends in the Manage Care

Managed Health Care Associates reports key industry trends that emerged from its 13th Annual Business Summit at The Bellagio, Las Vegas, March 2 to 4: New payer models are emerging in patient management. Pharmacies will have a bigger role in managing the value based reimbursement environment. CMS is focusing on medication therapy management for Medicare Advantage and stand-alone prescription-drug plans in skilled nursing facilities. Provider-based organizations are viewing Medicare Advantage plans as a key component of success in value-based reimbursement. The FDA is working through a backlog of generic drug filings. If these filings are approved, they are expected to create additional competition in the generic market and rationalize pricing. For more information, visit www.mhainc.com.

Los Angeles executives expect an increase in professional-level hiring in the next six months, according to a report from Robert Half. Twenty-two percent of chief financial officers (CFOs) in Los Angeles expect their company to create new jobs, up three points from the previous six-month period. Another 62% plan to hire only for open roles. Fifty-one pecent say it’s somewhat or very challenging to find skilled candidates for professional-level positions. This compares to 53% in the previous six months. Twenty-five percent say that it’s somewhat to much more challenging to find skilled candidates for finance and accounting positions compared to three years ago. Ninety-five percent of executives are somewhat or very confident in their company’s prospects for growth in the next six months, up two points from six months ago. For more information, visit https://www.roberthalf.com/los-angeles/blog/los-angeles-cfos-reveal-hiring-plans-for-next-six-months

Have a defined contribution philosophy:

Have a wellness program:

Guardian is offering hospital indemnity insurance that pays a lump-sum benefit to patients admitted to a hospital for a covered sickness or injury. The Guardian Hospital Indemnity plan is available to companies with at least two employees. It provides a core hospital admission benefit and optional benefits, such as payment for Intensive Care Unit (ICU) confinement, surgery, diagnostic tests, transportation, and lodging. Plan designs that are compatible with Health Savings Accounts (HSA) are available. These benefits can be offered as an employer paid coverage or provided to employees as a voluntary benefit. For more information, visit guardiananytime.com.

Jefferson National launched the JNF Exceed Defined Shield Index Portfolio to be managed by Exceed Investments LLC. Exceed is a New York-based boutique asset management firm that is pioneering defined outcome investing solutions. This liquid, transparent 40-act fund is designed to provide controlled market exposure with a preset, defined level of downside protection. It is now available for the first time within a tax-deferred wrapper. For more information, visit www.jeffnat.com.