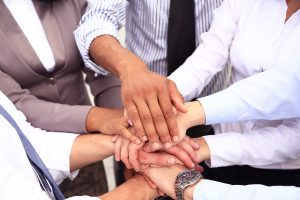 Catholic Health Association Rails Against American Health Care Act
Catholic Health Association of the United States weighed in against the American Health Care Act once again. In a press release issued today, CHA said the recent amendments to the bill, intended to make it more palatable to those who did not support it initially, are even more disastrous for people who have just gotten health care insurance.  According to CHA, changing the current rules to undermine essential benefits requirements and protections for people with pre-existing conditions, as well as allowing insurers to set annual and lifetime caps on the care they cover, would seriously undermine health security and leave many individuals with substandard protection. Even the proposed state high-risk pools would be an inadequate and under-funded solution to a problem that need not exist in the first place, says CHA.  The organization also pointed out that the bill had been crafted largely behind closed doors, with almost no input from providers of health care. For more information on CHA, visit the organization’s website.

FINANCIAL PLANNING
Bank of the West Study: Millennials Want Flexibility but Opt for Stability
According to the Bank of the West 2017 Millennial Study, Millennials imagine themselves untethered and without boundaries, yet their actions tell a story of stability. Like previous generations, Millennials want to achieve the classic American dream of owning a home, paying off debt and someday retiring from a fulfilling career, but they also have a desire to travel, to live abroad and to pursue their passions. “Millennials dream of living abroad, moving to a new city and switching careers, but in reality they are quite satisfied with stability,” said Paul Appleton, executive vice president, consumer payments and product, Bank of the West. “It’s an interesting dichotomy that doesn’t appear with Gen-Xers or Boomers. This generation is dreaming bigger and better, and while they are confident they’ll fulfill their dreams, they need help figuring out how to fund them.” More than six in 10 Millennials believe the American dream is still alive today. In fact, they even agree with Gen Xers and Boomers, calling out being happy (70 percent), owning a home (60 percent), being debt-free (55 percent), and retiring comfortably (51 percent) as the top four ingredients of their American dream. However, for this youngest working generation, there is a difference between the lives they say they want and the lives they actually lead. When considering where to call home, the overwhelming majority of Millennials (85 percent) say it’s important to have the flexibility to move when they want. Most Millennials (67percent) even say they would like to live abroad at some point in their lives, and nearly a third of this group can see themselves building a life in another country for the long haul. However, this perspective is very different from how they’re actually living. On average, they only envision themselves packing up and moving to a new city, state or country fewer than two more times in their lives, and most (68 percent) even say they would prefer to build a life in one community, rather than live and work in multiple geographies. This is evidenced by some Millennials’ decision to buy their homes (43 percent)—a purchase that can make relocation more challenging. At odds with their reputation for being the renting generation, for those Millennials who are not yet home owners, three in four say they could be motivated to buy a house. For more highlights the study, visit Appleton’s blog. For info on Bank of the West, visit the company website.