Folks over at the Washington Examiner and elsewhere said repeatedly that they didn’t expect a vote on the American Health Care Act, the republican-led legislation aimed at repealing and replacing the Affordable Care Act (officially called Patient Protection and Affordable Care Act), this week. And they were right. Senate Majority Leader Mitch McConnell announced yesterday that the vote would be delayed until after the July 4 holiday. The latest tally is that there are nine republican senators who say they couldn’t support the bill without changes. If only three republican senators don’t support the bill, it would likely sink. The Congressional Budget Office estimates that enacting the AHCA legislation — officially called the Better Care Reconciliation Act –would “reduce federal deficits by $321 billion over the coming decade and increase the number of people who are uninsured by 22 million in 2026 relative to current law.” The American Medical Association sent a letter in opposition to AHCA to congressional leaders. And Andrey Ostrovsky, the chief medical officer for Medicaid, tweeted out this message on Wednesday: “Despite political messaging from others at HHS, I align with the experts from @aafp @AmerAcadPeds @AmerMedicalAssn in opposition to #AHCA.” Even with this considerable pushback, however, the legislation is moving forward. Fox News reported today that republican leaders aim to strike a deal right after the 4th for fear their window of opportunity will close if they don’t. 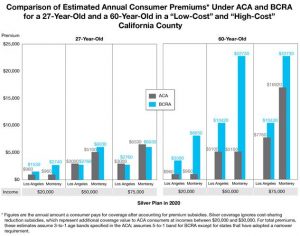 Don’t miss the Insurance Industry Charitable Foundation (IICF) Women in Insurance luncheon at the City Club in downtown Los Angeles August 24, 11am-1pm. The theme is “The Power of Diverse Thought and Innovation.” Admission is $75. Sponsorship opportunities are also available.  Register online via the event website.

NAFA: View From the Hill Webcast Tomorrow, 8:30AM
Join Chip Anderson, executive director of NAFA and Cliff Andrews, principal of CapCity Advocates, for insight into the current state of politics in D.C. and NAFA’s ongoing efforts to influence change with the DOL rule, tax reform legislation and more. The discussion kicks off at 8:30am pacific time. Register here.

LIMRA Study: How Would Repealing the Estate Tax Affect Life Insurance Sales?
The Trump Administration has said repealing the estate tax is one of its highest priorities. In April, LIMRA asked 24 U.S. insurers how they thought this would affect life insurance sales.

While six in 10 surveyed (58 percent) do not expect U.S. estate tax law to change this year, if it is repealed three-quarters believe it would have a significant negative impact on industry survivorship life insurance sales in the following year.

LIMRA members can access more information by visiting: Impact of Potential Elimination of the Estate Tax.