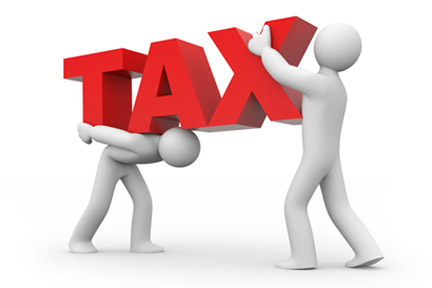 Beginning in 2014, the Affordable Care Act requires consumers to buy health insurance or face a tax penalty, with some exceptions for people with financial hardships or religious beliefs that preclude them from purchasing health insurance, among others.

The tax penalty starts at $95 per individual or 1% of household income, whichever is greater. By 2016, the penalty rises to 2.5% of annual household income or a minimum of $695 per person, whichever is greater. Bruce Telkamp, CEO of HealthPocket said, “The law will be most effective if consumers see real value in obtaining the insurance coverage. Only insurers that offer high quality and affordable health plans should expect to see significant new enrollments this fall.”

The tax penalty is not the only strategy that Obamacare will use to promote enrollment. Some premium and out-of-pocket assistance is available for individuals making less than 400% of the federal poverty level or $45,960. However, 63% of consumers who fall in this income band say a tax penalty will not motivate them, indicating that that they need more outreach. For more information, visit www.HealthPocket.com

The Economy Is the Major Driver Health Care Spending

National health spending grew 3.9% each year from 2009 to 2011. That’s s the lowest rate of growth since the government began keeping track in 1960. A bad economy is credited with much of the decline in health spending, according to researchers at the Kaiser Family Foundation and the Altarum Institute’s Center for Sustainable Health Spending. Structural changes in the health system may play a modest role as well. In recent years, spending growth has fallen to levels similar to what was seen in the mid to late 1990s when managed care spread rapidly. Changes in health care delivery and rising cost sharing with insurance plans could be discouraging the use of health services.

Health spending is expected to increase the economy recovers, though growth rates are not likely to return to double-digit levels. Health spending increases will also depend on whether excess health costs remain at a relatively modest level or return to the historical norm. History suggests that previous efforts to control health care costs have only had a temporary effect, and there are initial signs that the recent slow down is beginning to wane.

Changes under the ACA could affect these trends significantly. Researchers expect a one-time spending bump by a couple of percentage points as the uninsured gain coverage and get better access to health services. Researchers also expect an economic recovery to lead to higher growth rates in health spending. They caution that the increase should not be attributed to the ACA simply because of the coincidental timing.

The bulk of the Medicare savings included in the ACA will lower the future growth in spending — primarily through smaller increases in payments to providers. Accountable care organizations (ACOs) and bundled provider payments may help keep costs down for public programs and private insurance. In addition, the ACA’s tax on high cost, Cadillac employer-sponsored health plans, which is scheduled to take effect in 2018, is expected to trim the cost of benefits and lead to lower health spending. For more information, visit www.kff.org.

Employers Need Your Guidance on the Exchanges

Less than a one-third of employers surveyed by InsureXSolutions have a good understanding of the health exchanges. Nearly 50% say that exchanges will be useful to their organizations. Two-thirds of health insurance producers and consultants say they have a good understanding of exchanges. Nearly 100% of producers plan to integrate the exchanges into their sales portfolio. “There is a tremendous opportunity for producers in the benefits marketplace. Embracing and providing guidance on Exchange options for their clients will be key to their success in 2014 and beyond,” says John DiVito, president of Flexible Benefit Service Corp. InsureXSolutions is a private exchange available in select markets. For more information, visit www.insurexsolutions.com or call 855-563-6993.

The Centers for Medicare & Medicaid Services (CMS) is offering new funding to support Navigators in Federally facilitated and State Partnership Marketplaces. Navigators are individuals and entities that will provide unbiased information to consumers about health insurance, the new Health Insurance Marketplace, qualified health plans, and public programs including Medicaid and the Children’s Health Insurance Program. To access the funding opportunity announcement, visit:

http://www.grants.gov, and search for CFDA # 93.750. To access the proposed rule on Navigator guidelines, visit:

Psychiatric patients have to endure long waits for their insurance company to authorize admission from the emergency room to the hospital. This wastes thousands of hours of physician time since most authorization requests are granted anyway, according to a letter published in the May issue of Annals of Emergency Medicine.

Lead author Amy Funkenstein, MD, of Brown University said, “Psychiatric care is really the poor stepchild in the world of insurance coverage. Insurance carriers reimburse poorly and as a consequence, hospitals often have inadequate resources for patients who urgently need this care. The situation is so dire that ERs are now being designed and configured to house psychiatric patients awaiting placement as inpatients. These patients deserve better.”

Senior author J. Wesley Boyd, MD, PhD of Cambridge Health said, “An emergency department is just about the worst place for a psychiatric patient to wait for an inpatient bed, and yet that is exactly what the pre-authorization process forces on millions of these vulnerable people. The thousands upon thousands of hours emergency physicians spend obtaining prior authorization for admission to the hospital are hours we are not spending on direct patient care. Only Medicare does not require prior authorization for us to admit psychiatric patients to the hospital; maybe they are onto something.”

Researchers recorded data on 53 patients, most of whom were in the emergency department because of suicidal thoughts. Half of the authorization requests took less than 20 minutes to be approved, but 10% took an hour or more. Only one of the 53 patients was denied pre-authorization. For more information, visit www.annemergmed.com.

California Ass. of Health Underwriters (CAHU) is alerting agents and brokers to state Senate Bill 639, which would limit deductibles for non-grandfathered and individual plans. CAHU says there is no federal mandate to set deductible limits in state law. As the Exchange moves forward in 2014 and beyond, these deductibles may need to be updated to ensure the deductible limits are actuarially sound. Not setting these in statute will permit easy updating as federal guidelines change and to meet actuarial standards. The bill also proposes to limit or standardize all outside exchange plans to those that only mirror what is offered in California’s two government-run exchanges. CAHU says that would eliminate choice and competition.

Since 2002, premiums in California rose a whopping 169.7%. That’s more than five times the 31.5% increase in the state’s inflation rate. The survey also found the following trends in 2012:

For the sixth year in a row, the California Department of Health Care Services (DHCS) awarded San Francisco Health Plan (SFHP) the Gold Award for Excellence in Quality Care. The community health plan serves more than 80,000 San Francisco residents.  SFHP was the only health plan out of 21 Medi-Cal managed care health plans statewide that achieved HEDIS scores at or above the high performance levels and did not report any scores at the minimum performance level. John F. Grgurina, Jr. , CEO of SFHP said, “I am certain that San Francisco Health Plan will be well prepared for the exciting opportunity to provide insurance coverage to the uninsured through the upcoming healthcare reform in 2014.” For more information, visit www.sfhp.org.

The Financial Industry Is Not Meeting Women’s Needs

Sixty-two percent of women are interested in financial planning, retirement planning, and investing compared to only 35% in 2006. However, 70% of all women say financial information is hard to understand, up significantly from the 44% in 2006, according to a survey by Allianz Life

More than 90% of women say they need to get  much more involved in financial planning. Fifty seven percent say there are equally responsible for major investment decisions and retirement planning in their household.

Women also say it’s important to feel engaged and to learn in a non-intimidating environment with other women. Despite a desire to connect, the Internet is the most popular source for financial information (54%), with financial professionals coming in at 39%.

The top subject that women want to learn most about is attaining a retirement lifestyle. Women are also asking for simple-to-understand financial information over the Internet. For more information, visit www.allianzlife.com.

Get-rich-quick strategies don’t appeal to the large majority of Americans, according to a study by Northwestern Mutual. Three quarters of Americans say that long-term planning is more important than short-term performance. One-third say that their approach to future financial goals can be best described as “slow and steady wins the race.”

Greg Oberland, Northwestern Mutual executive vice president said, “On one hand, we’re seeing strong evidence that people are saving more. On the other, we know that half of all Americans have no long-term plan in place, and nearly a quarter are taking on more risk than they would prefer because they feel the need to play catch-up.”

Americans Are Still Wary of the Stock Market

Despite recent stock market highs, 76% of Americans are no more inclined to invest in the stock market than they were a year ago. This is despite the fact that interest rates are at record lows on savings accounts and CDs, according to a study by Bankrate.com. Greg McBride, CFA, Bankrate.com’s senior financial analyst said, “Although the Fed is trying to push investors into riskier assets in pursuit of better returns, individual investors aren’t biting.”

Americans feel less secure than last year in only one of the Financial Security Index’s five components: savings. Consumers feel they have progressed over the past year in each of the other four components: job security, debt, net worth, and overall financial situation. For more information, visit http://www.bankrate.com.

The Hartford expanded its absence management suite of products and services. It includes a new Web reporting tool, a series of Webinars, a digital educational resource, and a service to help employers track and manage employee requests for reasonable accommodations as afforded under the Americans With Disabilities Act Amendments Act of 2008 (ADAAA). For more information, visit thehartford.com.