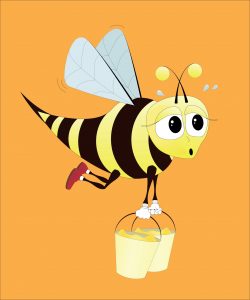 Wow it looks like House members were busy health insurance bees today. Sen. Debbie Stabenow, D-Mich., Sen. Tammy Baldwin, D-Wis., Rep. Brian Higgins, D-N.Y. and Rep. Joe Courtney, D-Conn. introduced the Medicare Buy In and Health Care Stabilization Act. This is legislation that would allow Americans to buy into Medicare starting at age 50.  Almost immediately, the Partnership for America’s Health Care Future, a group that includes America’s Health Insurance Plans, American Medical Association, Federation of American Hospitals, and Pharmaceutical Research and Manufacturers of America — came out against the bill. In addition, the House health subcommittee debated a package of four bills designed to strengthen Obamacare and blunt the Trump administration’s influence over the health care market. These bills would restore ACA outreach and enrollment funding and reimpose restrictions on short-term health plans and states’ ability to circumvent certain ACA rules. Bottomline for all of this right now: unlikely to survive in the GOP-controlled Senate.

Since the Aetna-CVS merger, the world is on notice for what’s going to happen. Here’s a fist sign of change. CVS has introduced its Health Hub concept store in four locations in Houston. Health Hub has far less retail space and far more floorspace devoted to health and wellbeing. For example, there’s expanded space for nurse-practitioners, more medical services offered than the typical CVS MinuteClinic and there’s room for classes such as yoga or meditation. Experts say CVS’s retail space is not the primary profit center and the company is merely aligning with what it intends to be its focus for the foreseeable future: health.

Amazon founder Jeff Bezos has been all over the news recently for allegedly thwarting AMI/National Enquirer’s attempt to black mail him. But that’s a different matter. What about the healthcare partnership we heard about so long ago between Amazon, Berkshire Hathaway and JPMorgan Chase? At least one industry insider says the companies will first tame their own rising healthcare costs and then use what they master to tap into more revenue streams. Nelson Griswold told this to the group gathered last month at Ascend NextGen Growth and Leadership Summit, a program for benefit agency owners and principals.

Cigna announced its surpassed its goal of having 50 percent of its Medicare and commercial health reimbursements tied to value-based care models in top markets by the end of 2018. The company says that between 2013 and 2017, value-based care arrangements have produced medical cost savings of more than $600 million, illustrating how shifting away from traditional fee-for-service reimbursement can help the industry control spending at scale. Moreover, the company says that providers and patients are responding favorably. 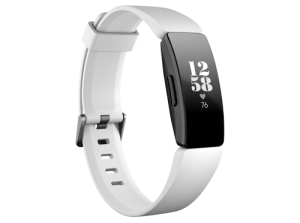 Did you see this? Fitbit just launched a special release line of trackers available exclusively through Fitbit corporate, wellness, health plan, and health systems partners and customers of their organizations, participants, and members.

A new study by the Health Care Cost Institute says that cost of care –not utilization of services –brought us to  a record high in health care spending for individuals with employer-provided insurance in 2017. Use of health care services declined .2 percent over the previous four years. Spending on health care, however, increased 16.7 percent between 2013 and 2017. Annual average spending per employees is now $5,641. This is the total amount paid by workers, their employers and insurers.

Can Corporate America Work For The Greater Good?

ThinkAdvisor has a piece up about billionaire trader Paul Tudor Jones. Jones believes essentially that it’s time for the wealthy– particularly corporations — to lay a bridge over the divide between the haves and havenots. He thinks economic disparity is putting our country at a breaking point. Last year, Jones created an exchange-traded fund (ETF) called the Just ETF, which aims to adjust its holdings annually based on corporate behavior. In short, if a company isn’t working for the greater good of the nation Jones’s Just ETF might divest of its holdings in that company. Instead of being solely beholden to shareholders, Jones posits that corporate America needs to be beholden to all citizens and shareholders. There could be very obvious implications for insurance and related industries. Insurance does a lot of good. We regularly report on philanthropy and other positive impacts. The flipside: Last week we reported on Walgreens’ problem with fraudulent Medicare claims. Along the same lines, don’t miss this story in The New Yorker about a whistle blower in the insurance industry.

Going KonMari on Your Office? Slow down…

We know, everyone is obsessed with Marie Kondo’s KonMari method. That’s why these tips from Tony Steuer, author of GET READY! A Step-by-Step Planner for Maintaining Your Financial First-Aid Kit, got our attention. Before you discard your financial documents (step one of the KonMari method), consult Tony’s list of recommendations. You might be surprised by how long you need to hang on to some documents:

Limelight Health, a provider of cloud-based enterprise software solutions delivering a quoting and underwriting platform for the employee benefits industry, has announced three new hires to their senior team: