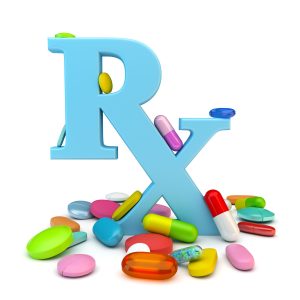 The nonpartisan Congressional Budget Office (CBO) released an analysis this week of a bill introduced by California’s Nancy Pelosi. CBO’s analysis of House Speaker Pelosi’s bill that would let Medicare negotiate prices with drug companies indicates it could save the government $456 billion over a decade, but prevent eight to 10 new drugs out of the typical 30 per year from coming to market. Originally, the bill required that federal health officials negotiate the prices of at least 35 brand-name drugs per year. Today, CNBC reports that the number has now increased to 50 drugs per year. The increase was a result of pressure from members of the Congressional Progressive Caucus who wanted the bill to go further in order to pledge their support. CBO’s estimate of the bill is seen as a win for House Democrats, who contend they won back the House majority in 2018 in part because they promised to lower drug prices and health care costs. Drug makers and their supporters are fighting back with full force, saying the bill may stifle drug innovation.

Beginning January 1,  members of Sutter Health | Aetna will be able to consult with a doctor from the comfort of home –or wherever they happen to be.  The company will offer a new, on-demand, text-based, virtual primary care service provided by 98point6. Members will have unlimited access to board-certified doctors 24/7 through the secure 98point6 app. Sutter Health | Aetna’s custom 98point6 platform aims to make healthcare easier to access through 24/7 virtual care. 98point6’s U.S.-based, board-certified doctors have the ability to write prescriptions, order labs and suggest in-network referrals for specialists and other healthcare services. Members will be able to text, video chat or talk with a doctor. In many cases, 98point6 doctors can review a member’s medical history in real-time during an appointment.

You don’t really hear this very often…somebody is being sympathetic to insurance carriers. Reuters reports that U.S. Supreme Court justices this week appeared sympathetic to claims made by a group of insurers seeking $12 billion from the federal government because of the risk corridor payment program. Risk corridor payments were set up by the Affordable Care Act. They were intended to encourage carriers to offer medical coverage to previously uninsured Americans.

The justices considered a challenge by the insurers of a lower court’s ruling that Congress had suspended the government’s obligation to make risk corridor payments. The insurers have said that ruling constituted a “bait-and-switch” that would enable the government to withhold money the companies were promised. The court’s four liberal justices, in addition to Chief Justice John Roberts and Justice Brett Kavanaugh, all asked questions indicating they are inclined to vote for the insurers. Insurers involved in the case include: Moda Health, Blue Cross and Blue Shield of North Carolina, Maine Community Health Options and Land of Lincoln Mutual Health Insurance Company.

FlexJobs recently partnered with the experts at Assurance to host two webinars where Assurance focused on explaining the Affordable Care Act (ACA) and short-term health insurance options for 2020, available during open enrollment. The webinars happened earlier this month, but they were recorded!  Email webinar@flexjobs.com to request access. Click here for more info.

A new-ish law (SB 1004) that requires Medi-Cal managed care to cover pallative care for certain end-stage conditions even if the patient is receiving curative care at the same time may become a model for other states. Proponents say that it’s a humane step to recognize palliative care as a foundation of basic care – and push back on the false idea that palliative care is only for people on the ball enough to ask or lucky enough to have good private insurance. In early 2020, California’s Department of Health Care Services will release a clarified palliative care policy for both fee-for-service and managed care delivery system, agency spokesperson Katherine Weir told Hospice News. The policy will broaden the disease-specific eligibility criteria to include beneficiaries with any serious or life-limiting illnesses, as determined and documented by their health care provider.

Aflac No. 17 on LATINA Style’s List of 50 Best Companies for Latinas to Work for in the US

Aflac  announced that the company has once again been honored by LATINA Style as one of the 50 Best Companies for Latinas to Work for in the United States, landing at No. 17 on the list. This marks the 20th year that Aflac has been recognized in the 22-year history of the LATINA Style 50 Report. According to LATINA Style, the report reflects on programs Latinas are looking for when seeking job opportunities. Aflac’s workforce comprises 67% women and nearly 40% ethnic minorities, including several Latinas serving as vice presidents. Catherine Hernandez-Blades, the company’s chief communications and environmental, social and governance officer, is the 2018 LATINA Style Corporate Executive of the Year. LATINA Style will host the 22nd Annual LATINA Style 50 Awards and Diversity Leaders Conference, honoring the LATINA Style 50 companies and their highest-ranking Latina executives, Feb. 12, 2020, in Arlington, Virginia.

BCS Financial announced that Peter Costello has been promoted to President and Chief Executive Officer, effective December 1. Costello will succeed Scott Beacham, who is retiring after serving as the company’s CEO and a member of the Board since March 2008. The announcement, which expands upon a May 2019 announcement naming Costello as President and COO, was approved by the Board of Directors during the November Board meeting.