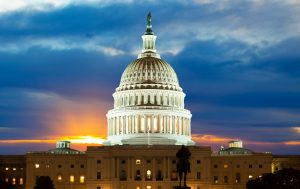 Then yesterday the House passed the massive year-end spending bill. The bill implements the deal it made with the Senate, appropriates $1.4 trillion to keep the U.S. government open, raises the age to buy tobacco products to 21, and repeals the ACA health insurance tax, the Cadillac tax and the medical device tax. As part of the defense package, it authorizes the creation of Trump’s “Space Force,” the first new branch of the U.S. military to be created in more than 60 years. It also gives federal employees 12 weeks of paid parental leave.

Reuters reported that the spending package comes as the U.S. is predicted to have higher-than-average budget deficits over the coming decade, in part because of diminished revenue resulting from the 2017 Republican tax overhaul.
Senate leaders hope to pass the measure in time to head off a partial government shutdown on Saturday.

Sutter Health | Aetna announced its teaming up with Heal, the leader in doctor house calls, to bring “doctors to your door” seven days a week. This service includes scheduling doctors’ visits to a member’s home or office, from 8 a.m. to 8 p.m., through the Heal app, website, or a phone call. Heal physicians can write prescriptions, order labs and suggest in-network referrals for specialists and other healthcare services, like behavioral health or disease management. Beginning January 1, Sutter Health | Aetna members can schedule appointments every day, including weekends and holidays. Through Heal, board-certified doctors can arrive in as little as two hours in most locations. Employers offering their employees a Sutter Health | Aetna plan can also schedule on-site Heal days.

Metlife announced its entering the pet health insurance, an industry that’s had had an annual growth rate of more 20% since 2014. Met is acquiring PetFirst, a company that currently administers coverage for more than 40,000 pets.  The move makes sense because:

In case you missed the LAAHU holiday fundraiser last night, this is what it looked like: 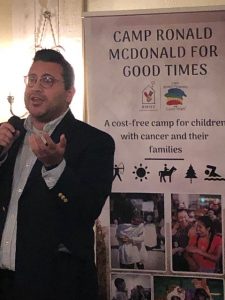 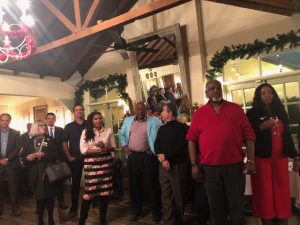 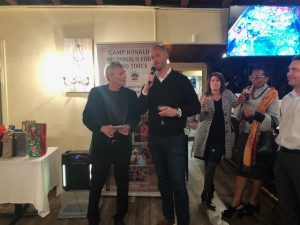 Lots of fun!  Plus a bunch of money was raised for Camp Ronald McDonald For Good Times! You can’t beat that.

Side note: In the past, we’ve heard from a couple of readers who are displeased because Camp Ronald McDonald charity is connected in their minds to the fast food served at McDonald’s. We aren’t suggesting that nuggets and fries are health promoting. We’re simply happy that some kids who deserve help are getting it. No need to email today on this subject. We totally get it. You have a good point.

Insure.com announced it has published a guide about options for long-term care protection, Medicare, Medicaid and other available support. Nearly half of parents (47%) with children aged 18 or younger are also caregivers for their own parents. Caregivers dedicate more than three hours per day, on average, to support those who need their help.

The new guide instructs readers on:

Go here to access The Family Caregivers Guide to Insurance.

Cal Broker magazine has a lot in store for 2020. We’re kicking off the new year with a special issue featuring 20 voices in the industry. You’ll hear from some fresh faces and some of the usual suspects. BTW, we requested an interview from Commissioner Ricardo Lara but didn’t hear back from his press people. Hey, CDI, the offer is good for another issue!  The February issue of the magazine is also shaping up to be a good one. Phil Calhoun’s sequel to his popular “History of Commissions” will be in there, along with a story about CAHU’s upcoming Women’s Leadership Summit and much more. Yes, we realize that only here can “History of Commissions” seem like a hot ticket. That’s okay.

Thanks to all the people who have supported California Broker magazine this year! Let’s keep the education and information going strong in 2020. Contact Devon Hunter (devon@calbrokermag.com) for advertising opportunities. We’d like to do a series of reported stories on diversity and inclusion in the industry. There must be a few carriers out there that want to support this, right?  Contact Linda Hubbard Lalande (linda@calbrokermag.com) and she’ll fill you in on a new sponsorship program!