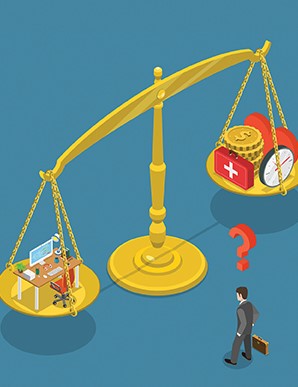 While I’ve written in previous Cal Broker articles about the basics of self-funding, this article will address some sub-topics related to self-funding that need to be considered. Self-funding alone will not solve the challenge that employers face today regarding rising health care costs. But, having a self-funded plan in place will put the employer in a better position to do something about the cost of health care. This article deals with two critical aspects of cost containment in a self-funded health benefit plan.

Because self-funded plans are not subject to the restrictions of State benefit mandates, they are pretty much free to custom design their benefits any way they chose. However, that feature can be like a two-edged sword: An employer can make the mistake of designing their self-funded plans without considering cost-containment features and end up with higher utilization and claims cost than had been experienced under a fully insured arrangement.

The key point is that the self-funded benefit plan must incorporate key features that help to direct patients to use less-expensive health care services while not exposing them to high out of pocket costs. That is a tricky proposition.

For this reason, a high percentage of self-funded plans have now incorporated “Consumer Directed” features that not only give patients choices of where and from whom they obtain services, but reward them for making good choices. Without going into details, there are three types of Consumer Directed arrangements that can be implemented as part of or supplemental to a self-funded health plan: Flexible Spending Accounts (FSA), Health Savings Accounts (HSA) and/or Health Reimbursement Arrangements (HRA). Of these, the HRA is the most flexible and least regulated under Federal law.

There are both long and short-term considerations regarding plan designs in a self-funded plan. In the short-term, the plan needs to direct usage in managed care or specific provider networks (see #2 below) while providing the employee with incentives to get second opinions, use generic drugs and focus on less expensive primary care. In the long-term, a self-funded plan should promote employee (and dependent) wellness and healthy lifestyle. Prevention of disease through exercise, smoking cessation and weight loss are all features that will help bend the health care cost curve.

There is still a lot of argument about the use of “Consumer Directed” plan designs. But the fact is that when a person has “skin in the game” and incentives to make healthy choices, the benefits will accrue over time.  This is not something that happens overnight.  The NAHU Education Foundation is a great source of information about Consumer Directed plans, wellness and employee education. You can access them at www.nahueducationfoundation.org.

Self-Funded employers should not be paying “retail” price for health care. Thus, most insurers and administrators contract with provider networks to assure that they pay less than the billed cost of health care services. PPOs, HMOs and EPOs are nothing new – been around for decades. But today we see that traditional PPO plans still pay substantially more than they need to. Why is this?

The largest purchaser of health care in the United States of America is the Federal Government – specifically the Medicare program.  It is a fact that since the passage of the Medicare Modernization Act in 2004, more providers are now participating in Medicare. This is because payments to providers are now more scientifically based.  That means that providers now provide the government with their costs, and are paid back on a more equitable basis than the old fee-for-service system. It’s complicated but its working and the fact that nearly 90 percent of providers in the U.S. are participating in the Medicare program is an indication that things are changing.

For this reason, the self-funded employer should consider the implementation of a “Reference Based Pricing” (RBP) strategy. This can be done as a whole or as part of their entire plan. For example, some employers now pay all of their health care providers based on a percentage of Medicare. Others just use RBP for hospital services only and pay doctors through a PPO arrangement. Others may only use RBP for non-network claims (so they still offer a PPO network benefit but use RBP for out-of-network claims).

There is information available to show how much greater savings are generated when using an RBP program versus traditional PPO network. While the RBP strategy is beginning to sweep the country as employers seek a way to reduce their costs, it is important to remember that not all RBP programs are the same. A key component of RBP is a provision that protects the patient from provider balance-billing. Without this feature, RBP can be a disaster!

Again, no self-funded employer should be paying the retail price for health care services. A great article was written by Steven Brill a few years ago: “The Bitter Pill: America’s Health Care Crisis.” Google it. That article is recommended reading for all employee benefit professionals. It addresses the cost of health care and possible solutions such as Reference Based Pricing.

While these two issues are key in the success of a self-funded health plan, they are not exclusive. The selection of a capable administrative services firm is very important and one that must be carefully vetted. Additionally, the purchase of the right amount and right type of stop loss insurance is extremely important.

Again, self-funding is not new and it’s not going to go away. As I’ve reported in previous articles, the ACA did little to change the self-funded market in the U.S.A. However, some states will continue to attempt to try to regulate self-funding either directly (which leads to an ERISA pre-emption issue in the court) or in-directly (through regulation of stop loss insurers). Organizations such as the Self-Insurance Institute of America (SIIA) fight hard to protect self-funded employers from overreaching attempts of State regulation.

However aside from that, the number of self-funded employers continue to grow each year as they seek ways to reduce costs without reducing benefits. If an agent/broker does not have a self-funded expert on hand they may find themselves losing clients who will seek out new ideas and strategies going forward. 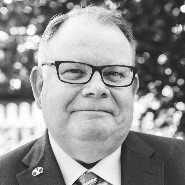 David L. Fear, Sr. RHU is the President/CEO of Shepler & Fear General Agency in Roseville, California. A 38-year veteran of the employee benefits business, David is a Past President of NAHU and CAHU and the 2015 recipient of the NAHU Harold R. Gordon Memorial Award for Health Insurance Person of the Year.