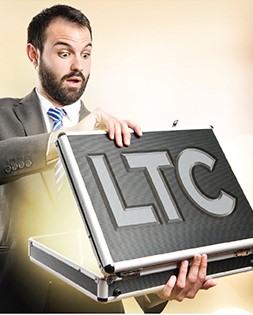 Oh, my, how LTC has changed!

You say, what has changed?  The traditional long-term care insurance product is basically the same as it was twenty years ago?  The definition of chronically ill is the same…assistance in two activities of daily living or severe cognitive impairment.  The payments are almost all the same…reimbursement of expenses after an elimination period.  Underwriters are using new tools but the process is basically the same.  The claims process is also basically the same.  The tax laws haven’t changed in years except for longer look-back periods in shielding assets.

However, there has been a fundamental change in the way the product is sold.  In the vast majority of cases, agents and brokers are no longer selling catastrophic protection.  They are selling partial protection, often representing that policyholders are fully protected against the costs of care when indeed they are not.  Let’s examine the causes of this shift.

Third, premiums have risen far faster than the average sale.  Policies 20 years ago were priced under assumptions which have proven to be inaccurate.  Premiums are two to three times higher than they were 20 years ago, but the average sale has only risen by about 40 percent.  Therefore, the monthly maximum benefits have remained fairly constant.  This shows that there is a great deal of price resistance, that prospects are generally unwilling to pay $ 4,000 and $ 5,000 plus annual premiums.  Agents and brokers are compelled to seek a price at which prospects are willing to pay for the protection.

Fourth, the costs of care have risen faster than the rise in inflation generally.  Twenty years ago, a daily benefit of $ 100 would cover the costs of a nursing home in many states, but now, those costs are $ 200 to $ 300 per day.  The costs of home health care aides have remained relatively constant, but those days may be over.  There is an increasing shortage of caregivers, and the laws of supply and demand may lead to a sharp rise in future caregiver costs.

The good news is that most long-term care scenarios resolve within two or three years.  Those scenarios may be adequately protected.  The other piece of good news is that less and less percentage of sick people are going into nursing homes.  They are either staying at home or going into assisted living facilities, where the costs are generally lower.  Home health care costs can be very expensive, but the average cost is similar to that of an assisted living facility.  The use of robotics and sensors could reduce future costs of home health care, so that 24-hour personal care services will often not be needed.

But the 15 percent to 20 percent of nursing home scenarios which last longer are increasingly not covered.  Many policyholders could freak out, worried that they will outlive their long-term care coverage.   Is the agent or broker exposed to lawsuits here?  I doubt it, so long as records are kept and the prospect is truly informed as to his or her options.  Is Medi-Cal exposed to future costs as citizen’s assets run out?  Absolutely.

Is the situation any different for hybrid and linked products?  In fact, the coverage may be more partial than is the case with traditional long-term care insurance.  Hybrid products can provide a great deal of coverage, but the life insurance benefit is normally only $ 75,000 to $ 150,000, and the long-term care riders often only double the life insurance benefit.  Inflation riders are usually not sold with these products.  Linked products normally do not contain an increase in the death benefit and therefore the accelerated death benefit for long-term care also does not increase over time.

There are obviously exceptions here, but in general, the long-term care protection is partial, no matter which product is sold.  Maybe the solution is to sell both a traditional long-term care product and a hybrid or linked product to the same person if he or she can afford both.  Maybe the solution is to push Partnership policies, which can essentially give lifetime benefits to those with moderate income and assets.  But let’s be honest with ourselves.  We are selling what our prospects are willing to buy, and this is less than what we believe they should buy. 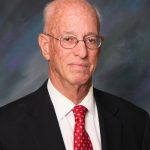