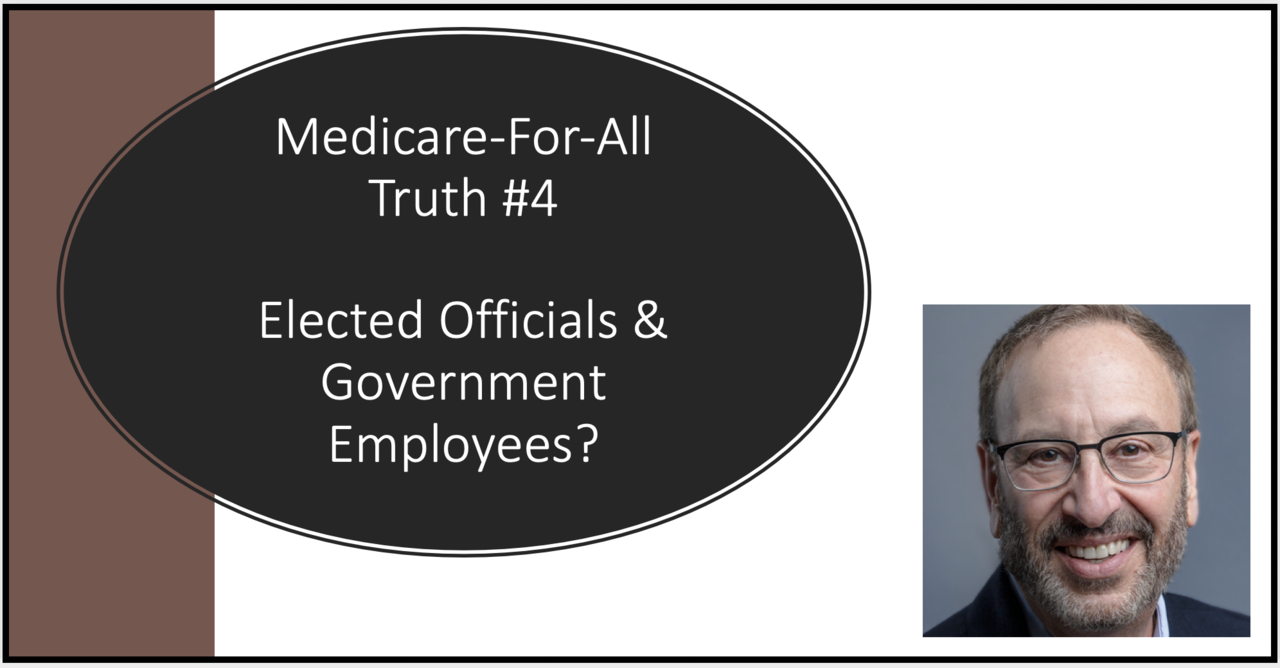 To our elected officials and government workers re: Medicare-For-All. “If it’s so great, why aren’t YOU part of the Medicare program today?”

Lets take a quick look at who these government workers are and to what extent they have been the leaders in single payer programs so far.

There are roughly 2 million federal workers in the US today. They and their families participate in a health benefits program created in 1960 just for them (the FEHBP). Interestingly, the FEHBP is not a government run single payer system, but arguably, the opposite. It’s a mostly open marketplace to over 200 private market HMO, PPO and other options from nearly every Blue Cross/Blue Shield plan and many other local and major managed care companies such as Aetna, Humana and United HealthCare.

When federal workers reach age 65, most choose continuing their FEHBP alternative, because it offers great local and national private options that are just a better deal than the single payer Medicare option. Once they actually do retire, workers can continue to choose to apply their Medicare subsidies to alternatives to Medicare that I have talked about in previous posts from the same private insurance company vendors they currently have, with little disruption.

There are roughly 4.5 Mil workers of each of the states, with coverage structures as varied as the number of states. Beyond that, another 14 Mil workers are associated with local governments, cities and counties and their health coverages even more varied.

Virtually all have unique programs providing multiple PPO and HMO and other coverages from a variety of private health insurance vendors. Those workers over ages 65, typically remain with those private health plans just as they did when they were younger. For retirees, today often older than age 65, the options are too varied for this article. But suffice it to say, they too have many private market alternatives or wraparound options to the Traditional Medicare program, and many opt for those.

So government workers and retirees participate in private insurance programs in much the same way way as the rest of us. As such, it would appear that if Medicare were “switched on” as the sole solution for health care coverage, all these government workers would be as impacted as everyone else, and might have similar responses, both positive and negative.

It seems that time and political realities will indicate whether government workers themselves would support a single source for their health care options, defined by the government, without the benefit of private market wrap-arounds or alternatives.
by Denny Weinberg