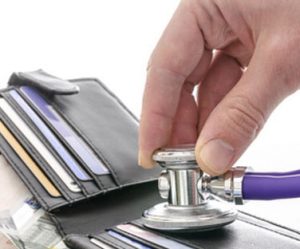 Enough insurers are planning to sell coverage on the Affordable Care Act’s insurance exchanges next year to keep them working — if only barely — in most parts of the country.

Competition in many markets has dwindled to one insurer — or none in some cases — and another round of steep price hikes is expected to squeeze consumers who don’t receive big income-based tax credits to help pay their bill.

“What we’re seeing is a deterioration in these markets, but the markets haven’t imploded, they haven’t gone into a rapid downward decline,” said Dan Mendelson, president of the consulting firm Avalere Health.

Health insurers had until Wednesday to declare whether they planned to sell coverage next year on the exchanges in most states. Actual participation and final rates won’t be set until late summer or closer to the Nov. 1 start of enrollment for next year’s coverage.