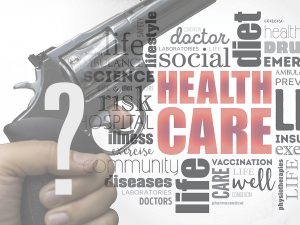 Summer isn’t yet here and things are already heating up – not in a good way — for the Trump Administration when it comes to health insurance. Los Angeles Times reporter Noam Levey recently reported that major health insurers are exasperated with the administration’s erratic handling of the Affordable Care Act. In fact, they are charging that the erratic handling is what’s to blame for Obamacare’s dismal state. Key issues, such as mandates for the uninsured and CSRs (cost-sharing reduction payments) are among the primary problems. The Trump Administration hasn’t made it clear whether it will enforce mandates for health insurance coverage. Mandates aren’t popular, but insurers say they are necessary to ensure younger, healthier people obtain health plans.  The Trump Administration has also threatened to withhold CSRs for lower income people. Without CSRs, many in the industry say AHA will collapse. “All this uncertainty is not helpful,” warned Blue Shield of California Chief Executive Paul Markovich, who said health plans were being forced to make plans to raise premiums to account for the turmoil, jeopardizing Americans’ coverage. Washington state Insurance Commissioner Mike Kreidler compared what’s happening to Trump playing Russian roulette with Americans’ health insurance coverage. Read Levey’s full article here.

Pre-Tax Premiums May Prove Problematic
According to a recent post by Matt Gerard, J.D., of National Benefit Services, employers who offer fixed indemnity health coverage or wellness programs to their employees may consider reassessing how that coverage is administered in view of a recent Internal Revenue Service internal memorandum that examines the tax treatment of benefits paid by fixed indemnity health plans. The Office of Chief Counsel Memorandum states that payments made to participants under certain fixed indemnity health plans (and certain wellness programs) must be included in employees’ gross income, unless the premiums for such plans are paid on an after-tax basis. Read Gerard’s entire post here.

“As people live longer, the economy continues to fluctuate, and healthcare and other costs increase, navigating retirement planning becomes more complex and overwhelming,” said Rebekah Barsch, vice president planning, Northwestern Mutual.  “Working with an advisor is like having an experienced guide map out an itinerary for your retirement journey that’s tailored to your unique lifestyle goals and circumstances.”

The findings announced today are part of Northwestern Mutual’s 2017 Planning & Progress Study, an annual research project exploring Americans’ attitudes and behaviors toward finances and planning. Released in multiple waves throughout the year, the Study launched in April with data on debt and the current state of financial optimism.

DOL Doesn’t Delay Fiduciary Rule; NAFA Disappointed
The Department of Labor (DOL) announced it will not delay its implementation of the June 9 compliance date for its controversial fiduciary rule, but that it’ll continue to seek additional public input on the regulation. Rejecting calls for a complete delay of the rule’s implementation – including a full-court press by the National Association of Fixed Annuities (NAFA), which involved more than 2,200 of its members writing the White House urging President Trump to stop the rule from taking effect – the DOL said that along with the partial implementation on June 9, full implementation remains slated for Jan. 1, 2018. “As a result, on June 9, 2017, investment advice providers to retirement savers will become fiduciaries, and the ‘impartial conduct standards’ will become requirements of the exemptions,” read a frequently-asked-questions (FAQ) notice that the DOL posted on its website.  For more information on NAFA and its efforts, visit NAFA’s website.

Challenge to Life Settlements Sector Is Product Flow, Says CEO of The Lifeline Program
Scott Page, president and chief executive officer, The Lifeline Program, told AMBestTV’s Meg Green recently that life settlements have matured as an investment category to the point where investor interest is outstripping supply of life policies. At the recent Life Insurance Settlement Association’s (LISA) annual conference in New York, Page spoke about how much the industry has changed since its inception in 1989. “It was very different in the early days. There was no structure and no regulation. Social media did not exist. There was no way to get the word out to HIV and AIDS patients, so as to educate them about how they could turn their life insurance policy into a resource to help them pay for the medicines they needed to survive,” said Page. “Today, it is quite different. There is a lot more regulation, and it has shifted from being more about consumer protection to one where there are lawyers and accountants to protect them. The regulations now are more geared toward the protection of the investment side.”