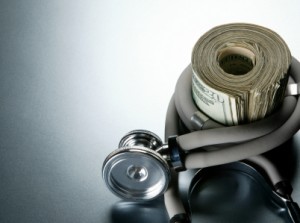 California hospitals faced disappointing results in a recent experiment with bundled payments. Researchers at Rand evaluated a pilot program, coordinated by the Integrated Healthcare Association, to adopt bundled payments for orthopedic procedures among commercially insured people under 65. The three-year study began in 2010. Under bundled payments, doctors, hospitals, and other health providers share a fixed payment, which covers the average cost of a bundle of services, such as all aspects of caring for a person undergoing a hip replacement. At the outset, participants included six of the state’s largest health plans, eight hospitals, and an independent practice physicians’ association. Two insurers dropped out, saying that the bundled payment model would not lead to a redesign of care or lower costs. Another said that bundled payment was incompatible with its primary business – HMOs that use capitation payments. Just two hospitals signed contracts with health plans to use bundled payments. However, two ambulatory surgery centers signed contracts with one health plan. The project was hurt by delays in regulatory approval of contracts and a lack of consensus on the types of cases and services to include. Most stakeholders agreed that the bundle definitions were probably too narrow to capture enough procedures to make bundled payment viable. The project had such a low volume of cases that there was not enough information to draw conclusions about how bundled payments affect health care quality or costs, according to researchers. Susan Ridgely of Rand said, “Despite the many challenges, participants continue to be interested in making bundled payments work.” For more information, visit http://www.rand.org/newsletters.html.

The vast majority of Covered California consumers will see low increases in their health insurance premiums for 2015, and many consumers will see no increase or even a decrease. The premium for health plans offered on the exchange will increase an average of 4.2% for the coming year. Executive Director Peter V. Lee said that Covered California’s role as an active purchaser brought in low rate increases while maintaining high quality. Additionally, 90% of enrollees get federal subsidies. In most areas of the state, the subsidy will increase or remain very close to 2014 amounts. For many consumers, any premium increase will be offset by an increase in subsidy. All 10 insurance companies that were in the exchange for 2014 submitted bids to return for 2015. The following portfolio reflects a wide mix of large nonprofit and commercial leaders in the individual health insurance market:
• Anthem Blue Cross of California
• Blue Shield of California
• Chinese Community Health Plan
• Health Net
• Kaiser Permanente
• L.A. Care Health Plan
• Molina Healthcare
• Sharp Health Plan
• Valley Health Plan.
• Western Health Advantage

John Paul Lewinski, 59, was arrested at his home in Palm Desert on July 29. Lewinski is charged with five felony counts of financial elder abuse and five counts of burglary for allegedly ripping off five senior citizens for more than $2 million through the sale and surrender of investment annuity products. Bail is set at $2 million. Investigators allege that Lewinski, a licensed insurance agent, convinced some victims to surrender annuities and investment products with the promise of higher returns through new investments. He allegedly conned other victims into giving him money to invest for them. Lewinski did not purchase annuities or investment products or refund the victims’ money. Lewinski allegedly gave victims fraudulent financial statements and minimum investment payments to trick them into believing that their insurance investment and life savings were secure. The Department of Insurance encourages anyone who has done business with Lewinski and/or JPS Insurance Services to contact the Rancho Cucamonga Regional Office at 909-919-2200.

A Look At Matching Contributions

A survey by TIAA-CREF shows that 78% of Americans who contribute to an employer-sponsored retirement plan get matching contributions from their employer, and 77% of those who have matching contributions save enough to get the full employer match. However, only 72% of women contribute enough to get the full employer match, compared to 82% of men. Only 64% of those earning less than $35,000 a year get the full match. Forty percent of employees who are not contributing enough to get the maximum matching funds get reminders to do so and are happy to get them. An additional 32% do not get reminders from their employer, but wish they did. Teresa Hassara, executive vice president of TIAA-CREF’s Institutional Business said, “An employer match is a very compelling factor in determining whether employees contribute to a defined-contribution retirement plan but just offering it is not enough. Plan sponsors must ensure they are communicating the benefits of the match to employees, particularly those who are not currently reaching the full match. Their communications should be targeted to various groups’ unique financial needs.” For low earners, plan sponsors can explain the benefits of saving for retirement and position the matching contribution as part of a larger focus on long-term financial well-being. For women, more information about the match may be effective: Of those not receiving the full match, 17% of women (compared to 10% of men) said that more information about how the match works would make them consider increasing contributions. For more information, visit www.TIAA-CREF.com.

After implementation of the ACA, mental health treatment increased 5% for 18- to 25-year olds who have possible mental health disorders  The study, published in Health Affairs, found smaller, but consistent, effects among all young adults, not only those with possible illnesses. For people getting mental health treatment, uninsured visits declined 12%, and visits paid by private insurance increased 13%. For more information, visit http://content.healthaffairs.org/content/33/8/1425.abstract.

Spending on mental and substance use disorders is likely to grow at a slower pace than all health spending through 2020, according to a study by Truven Health. Spending will fall from 7.4% in to 6.5% in 2020. The study was published in the August journal Health Affairs. A major factor contributing to slower growth is that several major mental health medications are set to expire. Prescription medications accounted for 28% of  mental health spending compared to 11% of all health care spending in 2009. Also, spending for mental health treatment in state-operated psychiatric hospitals has slowed as a result of the recession and a slow economic recovery. “That growth in behavioral health expenditures is projected to slow relative to overall health spending even as recent health reform and parity legislation helps to increase behavioral health coverage and access is good news for consumers and their families,” said Tami Mark, lead author from Truven Health Analytics. For more information, visit http://truvenhealth.com.

Americans Are Worried That the Exchanges Will Fail

Fifty-six percent of Americans are not confident that the health exchanges will operate smoothly during this fall’s open enrollment, according to a Bankrate.com report. Fewer than two in five people are confident in the technical capabilities of the exchanges. Americans fear much higher prices for health plans during the upcoming enrollment season; 46% say this could be a major problem. Only one in 12 Americans report lower monthly health care spending compared to a year ago while almost half report higher spending. Thirty-seven percent of Americans say they are more negative about the Affordable Care Act’s effect on their own health care than they were a year ago while only 16% are more positive. The negative sentiment is up 9% from August 2013. Bankrate.com insurance analyst Doug Whiteman said, “The Obama Administration is still having trouble getting Americans to believe in affordable health care, despite the Department of Health and Human Services’ recent report that nearly half the people buying subsidized plans on HealthCare.gov are paying $50 a month or less for their health plans.” For more information, visit http://www.bankrate.com/finance/insurance/health-insurance-survey-opinions-on-obamacare.aspx

In the first six months of 2014, 165 insurance agency mergers and acquisitions were announced in the U.S. and Canada , according to a survey by OPTIS Partners. That’s a nearly 40% jump over the same period in 2013 and the most active first half since the firm began tracking transactions in 2008. It’s also the second most-active six-month period OPTIS has ever recorded. The report covers property/casualty agencies, agencies selling P/C and employee benefits, and employee benefit agencies. Private-equity-backed firms accounted for 67 agency purchases; privately owned brokers accounted for 54; publicly held brokers accounted for 27; banks accounted for nine; and insurance companies/others accounted for eight. Timothy Cunningham, managing director of OPTIS said, “We predict there will be robust M&A activity…as more agencies owned by retiring Baby Boomers…go to market. It looks like the first half of 2014 is the start of a prolonged active period for agent-broker M&A transactions. The agency-brokerage business is awash with Baby Boomer principals. It’s estimated that they own more than 30% of all the equity in the system. The industry has not adequately addressed perpetuation/succession planning. Without a sound perpetuation plan in place, the only option for many of aging principals will be to sell to a third party — often PE-backed and public brokers.” The full report is online at http://optisins.com/articles/M&A_Report-June_2014.pdf.

Four leading insurers have signed on as platinum sponsors for a virtual insurance conference broadcast from the 2015 Medicare Supplement Insurance Summit. The program will take place April 14 as part of the national Med Supp industry conference in Orlando. Only the special sessions for agents and brokers will be streamed live online. United HealthCare, Mutual of Omaha, Aetna, and Medico Insurance have agreed to underwrite the cost of broadcasting the sessions. For more information, visit www.InsuranceExpos.com.