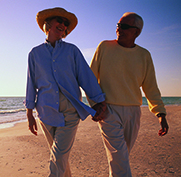 Governor Brown signed into law AB 2347 (Gonzalez), which extends important consumer protection on annuity products that are commonly marketed to seniors. The new law requires disclosure language on the front of the policy jacket or on the coversheet for an immediate annuity. This disclosure is already required for the more common deferred annuity products. Those getting immediate annuities are guaranteed a 30-day free look period.

The Word & Brown Companies’ Don Goldmann was named president-elect of the National Association of Health Underwriters (NAHU) at the insurance trade association’s recent 84th Annual Convention in Scottsdale, Ariz. A vice president at Word & Brown since 2006, Goldman has served on the NAHU Financial Committee five times. He helped write five annual budgets and was deeply involved in debates about issues facing NAHU members. As secretary of the organization, Goldmann oversaw the review of 34 important sun-setting policies and procedures.  “Don is a frequent contributor to national, state, and local journals for the health industry, CPA and financial planner societies, and employee benefit associations, as well as being a highly sought-after speaker at conferences,” said Edward J. “Rusty” Brown, Jr., co-founder of The Word & Brown Companies.

California Department of Insurance (DOI) Commissioner Dave Jones issued more than $173 million in penalties of against United Healthcare for violating the insurance code from 2005 to 2008. It’s the largest administrative penalty ever assessed against a California health insurer or plan. Jones says that the fine is warranted because no other insurer has violated the insurance laws hundreds of thousands of times. And no other insurer has repeatedly misrepresented its business practices, failed to correct the root causes of its violations, or ignored its statutory obligations to the extent found in the case. The administrative proceeding arises from problems that surfaced after United Healthcare’s acquisition of PacifiCare in 2005. Shortly after the transaction, the California Medical Association (CMA) saw a spike in complaints from its  members about the way PacifiCare was processing claims and contracts. After conducting its own investigation, the DOI filed an administrative proceeding against United Healthcare, charging PacifiCare with violations that included the following: ● Failing to give providers notice of their appeal rights and members notice of their right to an independent medical review. | ● Failing to pay claims and interest on late-paid claims in a correct and timely manner. ● Failing to acknowledge receipt of claims. ● Failing to respond to provider disputes in a timely manner. ● Closing claims files illegally ● Sending untimely collection notices for overpayment. Commissioner Jones sustained the findings of the administrative judge that PacifiCare committed over than 900,000 violations of the law. United Healthcare has appealed Jones’ decision to a California superior court.

HHS secretary Sylvia M. Burwell announced that consumers have saved $9 billion on their health insurance premiums since 2011 as a result of the Affordable Care Act. The Medical Loss Ratio (MLR) rule requires insurers to spend at least 80% of premium dollars on patient care and quality improvement activities. If insurers spend an excessive amount on profits and red tape, they owe a refund back to consumers. The report shows that, since the rule took effect, more insurers year over year are meeting the 80/20 standard by spending more of the premium dollars they collect on patient care and quality, and not red tape and bonuses. For more information, visit http://www.cms.gov.

Representative John Barrow (GA-12) is leading an effort in the House with Congressman Dan Maffei (NY-24) to eliminate the health insurance subsidy available to members of Congress. The legislation would do the following: ● Prohibit Members of Congress from receiving a taxpayer-funded subsidy to pay forhealth insurance if that Member served on or after the day the Affordable Care Act was signed into law. ● Require that if a member of Congress purchases health care through the exchange set up by the Affordable Care Act, they must purchase through their home state’s exchange. ● Apply these changes to members of the House and Senate.

How CDHPs Save Money

An Encouraging Report on Medicare Solvency

The trust fund that finances Medicare’s hospital insurance coverage will remain solvent until 2030, four years beyond what was projected in last year’s report, according the The Medicare Trustees. The improved outlook is due, in part, to cost controls implemented in the Affordable Care Act. Per capita spending is projected to continue to grow slower than the economy for the next several years. There was lower-than-expected spending in 2013 and lower projected utilization in the types of health care needed by Medicare patients. Medicare spending, per beneficiary, has grown quite slowly over the past few years and is projected to continue to grow slowly over the next several years. During the past four years, per capita Medicare spending growth has averaged 0.8% annually. That is a much slower growth rate than the average 3.1% annual increase in per capita GDP and national health expenditures. The report is available at: http://www.cms.hhs.gov/ReportsTrustFunds/downloads/tr2014.pdf

Reporting Medicare Fraud Can Pay Off

The Corporate Whistleblower Center is urging home health care industry managers or executives to call them anytime at 866-714-6466 if they have proof a home healthcare company is overbilling Medicare. In a recent example of fraud, Amedisys and its affiliates agreed to pay $150 million to the federal government to resolve allegations that they submitted false home healthcare billings to the Medicare program. Amedisys allegedly billed Medicare for nursing and therapy services that were medically unnecessary or provided to patients who were not homebound, and otherwise misrepresented patients’ conditions to increase its Medicare payments. In this instance, the whistleblowers will split over $26 million. For more information, visit http://CorporateWhistleblowerCenter.Com

How HSAs Could Beat 401(k)s For Savings

For some employees, using an HSA for health care expenses in retirement may be better than saving in a 401(k) plan, according to a report by the Employee Benefit Research Institute (EBRI). Contributions to an HSA reduce taxable income; earnings on the assets in the HSA build up tax free; and distributions from the HSA for qualified expenses are not subject to taxation. “Depending on the rate of return in an HSA, these accounts could generate significant assets,” said Paul Fronstin of EBRI. If you contribute the maximum allowable amounts for 40 years to an HSA without making withdrawals, you could accumulate up to $360,000 if the rate of return is 2.5%, $600,000 if the rate of return is 5%, and nearly $1.1 million if the rate of return is 7.5%. However, he added that many people aren’t able to save in an HSA and pay their out-of-pocket health care expenses. Also, HSA balances may not be enough to pay all medical expenses in retirement even if maximum contributions are made for 40 years. For more information, visit www.ebri.org.   EMPLOYEE BENEFITS

Some young adults are enjoying extended dental coverage under their parents’ health care policies, according to a study by the American Dental Assn. The ACA increased access to dental care for young adults ages 19 to 25 by 6.9%. Utilization of dental services had also increased 3.3%. This is a significant increase since the pre-reform coverage rate for this group was 38%. Although the Affordable Care Act (ACA) allows parents to keep their children on their medical plans up to age 26, there is no similar requirement for dental coverage. However, some employers are expanding dental coverage voluntarily along with expanded medical coverage.For more information, visit www.ada.org.

A Snapshot of Employee Benefits in the U.S.

Majority of Workers Feel Responsible To Save for Their Retirement

Maxwell Health released an operating system for employee benefits. It can support a wide variety of product and service integrations, including all health, dental, vision, life, disability, and other insurance offerings. The mobile-enabled platform provides a central place to access health and benefit services. Employers can access data from those services to provide more informed health solutions. For more information, call 860-716-9475 or visit www.maxwellhealth.com

Securian Financial Group introduced higher single and joint withdrawal rates for MyPath optional living benefits on MultiOption variable annuities issued by Minnesota Life. Annuity owners can withdraw a higher percentage of their annuity assets than when the products were introduced. Single and joint withdrawal rates increased by the following amounts for applications signed on or after July 21: ● .10% on all MyPath benefits (single life) ● .25% for MyPath Ascend and MyPath Summit (joint life) ● .35% for MyPath Core Flex and MyPath Value (joint life) For more information, visit www. securian.com.

EyeMed Vision Care launched a mobile member app that makes it easy for plan members to access vision plan information and get a digital copy of their member ID card or locate network eye care providers using an iPhone or iPad.