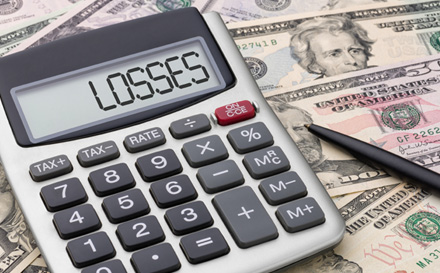 IN CALIFORNIA
Agents See Lower Revenues
From 2010 to 2014, there was a 60% increase in the number of insurance sales agents in California. Yet, their median annual income went down 8%, according to a report by Agent Review. This data shows that agents are entering the market in California at a rapid clip, yet they are chasing the same (shrinking, or at least stalled) piece of cheese. The problem is that the insurance industry has not evolved from a marketing and sales perspective, making things needlessly difficult for agents.

This data shows that the traditional sales and marketing models of the insurance industry have been flat lining for some time. In order to reinvigorate sales and their salaries, insurance sales agents need to find new ways of reaching more customers, according to the study.

The following are some statistics from the survey:

Covered California Boosts the Use of Navigators
For the upcoming third open enrollment, Covered California says it will award more than $10 million in grants to navigators. Navigators are community-based organizations that provide in-person enrollment assistance, renewal assistance, and ongoing support. Covered California executive director Peter Lee said, “Enrolling in person is important to many people, and certified enrollment counselors in the Navigator Program, along with insurance agents, play a critical role by providing help to consumers who need it.” During the last open-enrollment period, about 70% of eligible consumers enrolled or renewed with certified insurance agents, certified enrollment counselors or navigators, or with service center representatives who helped over the phone.

About 68 organizations under the 2015-2016 Navigator program will get grants of $50,000 to $500,000. Additionally, nearly 12,000 certified insurance agents will be available across the state, there will be 400 storefronts where consumers can walk in and enroll. Thousands more certified enrollment counselors will assist with applications through nonprofit organizations.  A list of navigator organizations and the amounts Covered California intends to award is available online at http://hbex.coveredca.com.

HEALTHCARE
Overtime Reform, ACA, LGBT Policies Among Concerns for Today’s Employers
The Affordable Care Act (ACA) is among the top compliance concerns for the largest companies in the United States, according to a survey by Littler, a labor law practice. The survey was conducted in April and May. Changing the threshold for overtime pay could squeeze out jobs due to payroll increases. Companies are watching the Dept. of Labor carefully; they are aware that the required amount of overtime pay is likely to increase sharply. Twenty-five percent are concerned that the DOL would raise the minimum salary for professionally exempt employees above the $23,600 threshold – a concern that was realized after the White House announced a new estimated level of $50,440 for 2016.

Meanwhile, 37% of employers are concerned that the DOL may eliminate the executive, administrative and professional exemptions for workers who spend more than 50% of their work time engaged in non-exempt duties. Twenty-nine percent of surveyed employers are worried about the executive exemptions that may disappear for supervisors who engage in some non-exempt duties. Tammy McCutchen of Littler said, “The overtime adjustment and other potential changes from the DOL could cost employers billions of dollars. The employer community should take action now to shape the final rule.”

Barry A Hartstein of Littler said, “The survey results mirror concerns that the newly appointed EEOC Chair, Jenny Yang, and  General Counsel, David Lopez will focus on larger, systemic cases in the near term. Employers will continue to grapple with discrimination claims as the EEOC ramps up its enforcement efforts. The concerns expressed in the survey align with what is happening in the courts, such as the Supreme Court’s decisions in UPS v. Young and EEOC v. Abercrombie, or newly minted ban the box legislation. In short, employers have many issues impacting their workforce related to discriminations and hiring practices.” For more information, visit littler.com.

What to Do If You Lose Your Tax Subsidies from the Health Insurance Marketplace
CMS announced a special enrollment for those who lost their tax subsidies. Jim Jalil CEO of HealthCareForYouNow.com said, “We have seen a large of number of individual losing there tax credit despite sending the required documents needed for their subsidies. We first noticed around May this year when our members completed their taxes for 2014. Most who have changed their income or adjusted the subsidies notice that the subsidies were removed despite sending all the required documentation.”

Jalil offers the following advice: In order to regain the lost tax credit you will need your 2015 application ID number from the Marketplace as well as your updated projected income for 2015 to reissue a tax credit for the remainder of the 2015 calendar year. You’re likely entitled to a grace period. Most people who purchased insurance plans on state and federal marketplaces qualified for tax credits, making their insurance more affordable. If you got a premium tax credit to reduce your monthly premiums, you’re in luck: The Affordable Care Act instituted a 90-day grace period for these subsidized plans.

For the first 30 days after your missed payment, your insurance company must pay your claims. For days 31 to 90 of the grace period, they don’t have to pay the claims but will hold them rather than flat-out denying them. During the entire 90-day grace period, you can get caught up and have your insurance pick back up once you are current on your premiums. Any claims held during this time will be processed once you’re caught up. If you’re unable to get caught up during this time, your policy will be canceled and any claims submitted after the initial 30 days will be your responsibility entirely. For more information, visit HealthCareForYouNow.com.

HealthPocket compared Obamacare premiums for 40-year-old non-smokers in the 34 states on the healthcare.gov federal marketplace. Plans on state-based marketplaces are not included in the analysis, nor are off-exchange Obamacare plans, Obamacare catastrophic plans, Medicare plans, short-term insurance plans, and Medicaid plans.

Four of the five largest health insurance companies are for-profit insurers, but over 60% of health plans with at least 100,000 enrollees are from nonprofit insurers. For more information, visit HealthPocket.com.

EMPLOYEE BENEFITS
Report Identifies Potential for Voluntary Sales
Employee benefit brokers will continue to become more involved in voluntary benefits and will have a significant effect on the market’s growth, according to an Eastbridge study. There are roughly 114 million employees in the U.S. and of these, only 43 million  own just one voluntary product. If every employee owned voluntary, the in-force premium for the market would be over $92 billion based on today’s averages. Once an employer offers a voluntary product, they tend to offer more than one. In fact, most of today’s employers, regardless of size, offer three to five products to their employees, and offering six or more products is not uncommon, according to the study. For more information, visit eastbrige.com.

Long-term Care
Nationwide enhanced its YourLife CareMatters linked benefit long-term care (LTC) product, featuring an increase in the LTC benefit pool for most new policies. For the most commonly selected six-year benefit scenario, the LTC benefit will increase up to 21% for single-pay cases and up to 15% on 10-pay cases. Other benefit periods will see an increase or stay the same depending on age, gender, payment plan and benefit option. “Since CareMatters’ launch, we’ve heard from advisors and clients that cash indemnity benefits are a game-changer because they allow for more choices in care than other long-term care products,” said  Eric Henderson of Nationwide. For more information, visit nationwide.com.

Retirement Plan Design Book
MassMutual published the book, “Precisely,” to promote how its PlanALYTICS program. The program recommends improving employer-sponsored retirement savings plans through things like automatic enrollment. The book will be available to plan sponsors and financial advisors to encourage improved outcomes for retirement plans and their participants. The book is also available at massmutual.com/planalytics.