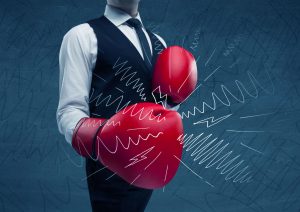 The Washington Examiner reports that a group of 13 states – including California – is fighting back against new association health plan (AHP) regulations championed by the Trump administration. Under the Trump regs, small groups and individuals could join together to form an association to partake in a health plan that wouldn’t have to abide by regulations requiring benefits such as maternity care and mental health. The new plans could also charge sicker people more money. New York Attorney General Eric Schneiderman, who is leading the effort with Massachusetts Attorney General Maura Healey, says the new rule is an attempt to skirt protections enshrined in the ACA and to ultimately kill the Affordable Care Act. The Trump administration contends the rule will help give people an opportunity to avoid high premiums on the exchanges. The states involved in the fight include California, Connecticut, Delaware, District of Columbia, Hawaii, Illinois, Maryland, Massachusetts, New Jersey, New York, Oregon, Pennsylvania and Vermont.

The Washington Examiner also reports that a group of top House Democrats introduced legislation this week to, among other things, eliminate the cap on eligibility for premium tax credits, which are currently only available for folks at or below 400 percent of the federal poverty level. The bill also seeks to expand eligibility for cost-sharing reductions, which cover co-pays and deductibles for low-income ACA customers. The legislation is unlikely to go anywhere in the GOP-controlled Congress. However, it hints to how lawmakers may promote the law ahead of the 2018 midterms.

Covered California Addresses Harvard Study on Impact of Eliminating Individual Mandate
Covered California Executive Director Peter V. Lee issued a statement in connection with the Harvard Medical School Study, “Eliminating the Individual Mandate Penalty in California: Harmful but Non-Fatal Changes in Enrollment and Premiums,” published in Health Affairs. The Harvard study, conducted by a team lead by Dr. John Hsu, is the first national effort to measure the potential impacts of removing the individual mandate penalty based on surveying actual California consumers about their likely actions in the face of there being no penalty. As the title suggest, the researchers found eliminating the individual mandate would not be kill Covered California. According to Lee:

“The removal of the individual mandate penalty could result in 378,000 fewer Californians with health insurance in the individual market, including approximately 250,000 who are currently insured through Covered California. The drop in those with insurance would be even greater because there would also be drops in Medi-Cal, California’s Medicaid program, since consumers often find out they are eligible for Medi-Cal while shopping for coverage through Covered California. While California would continue to have a stable individual market, and we have the reserves and flexibility to adjust for this impact, the impacts would be real and significant for California’s consumers. Californians would be paying increased premiums, and some of those who go without insurance could face big medical bills when unforeseen health events occur.”

Lee, who warns other states would fare even worse than California, says there is still time for policy makers to address these issues before they become a crisis for millions of Americans in 2019.

How Employers Might Avoid Health Plan Increases
Over on Employee Benefit News Ray DePaola and Raymond Kim are blogging about employer-sponsored health plan increases and how to avoid them. It’s worth a read!

Watch A Little (A.M. Best) TV
If you’re sick of NCIS or American’s Got Talent, why not try the most recent episode of A.M. Best TV? Senior director Sally Rosen and associate director Doniella Pliss review a new report examining the state of the U.S. health insurance market, including how insurers are finding new ways to deliver services through vertical integration.

Association’s Medicare Supplement Insurance Agent Directory Celebrates First Anniversary
The online directory of local insurance agents who specialize in Medicare insurance planning celebrated its first anniversary. “Nearly 1,000 agents have added their listing and we continually receive acknowledgements from both consumers and agents who find the resource of value,” says Jesse Slome, director of the American Association for Medicare Supplement Insurance (AAMSI). AAMSI’s directory is the only national third-party resource where consumers can exclusively find local Medicare insurance agents.  To access the Find A Medicare Supplement Agent directory, visit the Association’s website. AAMSI also organizes the national Medigap convention with the involvement of leading companies who are committed to the growth of the industry.

Aflac announced an agreement with Children’s Miracle Network Hospitals® to sponsor several key events throughout the year, including the second annual #ChildrensHospitalsWeek, which is this week. Aflac will also sponsor the CMN Dance Marathon Leadership Conference in July and five select Miracle Network Dance Marathon events held at universities across the country. More info at Aflac Childhood Cancer Campaign.

NAFA Announces Search for New Executive Director
The National Association for Fixed Annuities (NAFA) announced yesterday that they are beginning a search for a new executive director. The association’s long-term goals will focus on growth as well as expanded advocacy and engagement on behalf of fixed annuities and the annuity industry. Individuals interested in the Executive Director position can submit their resume and a cover letter via email to nafacareer@gmail.com until April 15. A list of candidate requirements may be viewed here.

LAAHU Annual Conference- Field Day 2018
April 11-12
Los Angeles Convention Center
Janet Trautwein, NAHU CEO,
will be among the guest speakers.
Trautwein will give a 2018 Federal Update –
find out what is going on in Washington, D.C.
Registration, exhibit and
sponsorship info now available!