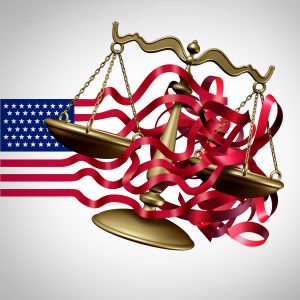 A coalition of 20 U.S. states sued the federal government on Monday over the Affordable Care Act. The suit claims the ACA is no longer constitutional after the repeal last year of the individual mandate. California is not among the states that joined the suit. The coalition is being led by Texas Attorney General Ken Paxton and Wisconsin Attorney General Brad Schimel.

VISION
VSP Launches Smart Glasses That Give Back 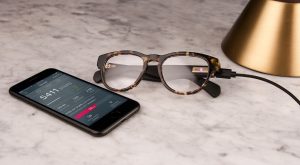 As if your glasses didn’t make you look smart enough, VSP is taking the whole thing up a notch. Beginning in March, the company is rolling out Level™ smart glasses, specs that feature activity-tracking technology seamlessly embedded inside the temple of an optical frame. The technology tracks activity via an accompanying smartphone app and as wearers reach daily step goals they earn points redeemable for a donation of vision care services to individuals in need.

Level smart glasses began in 2015 as the Project Genesis prototype within VSP Global’s innovation lab, The Shop. A partnership and academic study with USC Center for Body Computing soon followed in 2016, with results published last September in the NEJM Catalyst (see “Why People Stick with or Abandon Wearable Devices”). The best part? Most VSP members will be able to apply their vision care benefits toward the purchase of Level glasses.

CHIROPRACTIC
Landmark Discontinues Sale of New Individual & Family Chiropractic Plans
Landmark announced that the company has discontinued the sale of new chiropractic plans to individuals and families. Members that are currently enrolled in one of these plans will not be affected with respect to accessing their plan benefits or provider network through the end of their policy term.  All  enrolled members will be notified 31 to 60 days prior to the end of their policy term that the chiro plan they are currently enrolled in will be discontinued and no renewal option will be available.  Currently enrolled members should continue to pay their plan premiums and access care to the end of their policy term up to their maximum allowable annual visits. Landmark’s employer group plans are not affected by the discontinuing sales of new individual and family plans. Should clients need  assistance with finding a provider or any other aspect of their Landmark plans, please have them visit Landmark’s website or call customer service at (800) 295-4875, option 2.

The most recent recipients of the CSPA credential will be honored at the CAS Ratemaking, Product and Modeling (RPM) Seminar in Chicago March 19-21, where iCAS will also be hosting its second annual Predictive Analytics and Data Science Community of Practice event. For a complete list of CSPA recipients to date, visit the iCAS website.

More than 80 percent of payers are integrating social determinants of health into their member programs, and nearly all no longer believe that high-deductible health plans drive positive consumer behaviors. These are two of several insights revealed in the 8th annual Industry Pulse survey, a new national research survey commissioned by Change Healthcare and the HealthCare Executive Group (HCEG).
The research draws from more than 2,000 healthcare leaders, 52 percent VP and above, including Change Healthcare customers, HCEG members and Health Plan Alliance members. The survey is designed to annually provide healthcare stakeholders with timely insight on opportunities, challenges and trends in the healthcare market.

Among the findings: “Social Determinants of Health” has transcended buzzword status with more than 80 percent of respondents already taking steps to promote value-based healthcare by addressing the social needs of members. Meanwhile, only 3.4 percent of respondents identified high-deductible health plans as the best approach for converting passive patients into active healthcare consumers. In fact, they seem to be having the opposite effect—spurring more care avoidance than shopping. However, respondents are having success with other approaches that are detailed in the report. The complete Industry Pulse survey results can be accessed here.

FINANCIAL
Finaccord Releases Research on Global Bancasurance
New research about global bancassurance (that is, bank+insurance) published by global marketing research company Finaccord says that ownership or co-ownership models in bancassurance are thriving, so much so that the total value of premiums written by captive and joint venture underwriters belonging to the world’s leading retail banking groups amounted to over $450 billion in 2016.

Finaccord looked into the consumer banking operations of the world’s top 500 retail banking groups in more than 100 countries and found that 160 (32 percent) own a captive underwriter (but no joint ventures) in at least one jurisdiction, 58 (11.6 percent) own at least one joint venture underwriter (but no captives) and 32 (6.4 percent) operate both captive and joint venture underwriters. BNP Paribas is the most prominent bancassurer in terms of the breadth of its geographical presence, yet Japan Post Bank is the world’s largest bancassurance group reporting total business of $46.4 billion in 2016. Seven of the 10 largest bancassurance groups in the world originate from Europe. The global bancassurance market is a fluid one, however, and in recent years a number of the banking groups researched have divested previously captive insurance operations either wholly or in part for strategic or regulatory reasons. Find out more here: Global Bancassurance: Product and Partnership Strategies of the World’s Top 500 Retail Banking Groups

Financial Advisers: Why Is It So Hard Being You?
The job “financial adviser” made the Employee Benefit News “10 Toughest Jobs to Fill in 2018” list.  The median pay is just under $90k a year, according to Wiki. Maybe millennials don’t want this job?? Anyhoooo… speaking of our favorite generation, JD Power’s U.S. Full Service Investor Satisfaction study says successful financial advisers are focusing on millennials, not boomers. But you probably already know that.

Chubb announced that it will stop underwriting a National Rifle Association-branded insurance policy for gun owners who use their weapons in acts of supposed self defense and face a lawsuit as a result. The policy is called “NRA Carry Guard.” Chubb made the change public last week – well after after the Parkland, Florida, high school shooting – but the company says it notified NRA officials that it would stop underwriting the policies toward the end of 2017. The NRA’s website claims Lockton Affinity is the current administrator, but Reuters reported that Monday Lockton also gave notice that it will no longer be involved with NRA products.

OUTLOOK
We Can’t Let Olympic Spirit Go
We already miss the Olympics. The curling alone was riveting! (No, Kirstie Alley, curling is NOT boring!) And guess what? If you watched the Olympics, you probably learned a few valuable lessons, says Steve Siebold, a former professional athlete and psychological performance coach to entrepreneurs and Fortune 500 executives.  Author of the books 177 Mental Toughness Secrets of The World Class and Secrets Self-Made Millionaires Teach Their Kids, Siebold says these are some of business gems we can learn from elite athletes:

The next Olympics is in 2020 in Tokyo! Start planning to watch now.