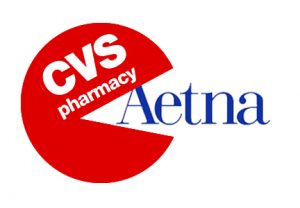 The Washington Examiner reported that shareholders voted Tuesday to allow drugstore chain CVS Health to buy health insurer Aetna, in a deal that both parties say will transform the way healthcare is delivered. The agreement, estimated at $69 billion in cash and stock, would combine health coverage options with drugstore capabilities and a pharmacy benefits platform.  Even after clearing this shareholder hurtle, the CVS-Aetna merger must be approved by the Justice Department and the Federal Trade Commission. “When this merger is complete, the combined company will be well-positioned to reshape the consumer health care experience, putting people at the center of healthcare delivery to ensure they have access to high-quality, more affordable care where they are, when they need it,” Larry Merlo, CVS Health president and CEO, said after the vote.

Most U.S. Adults Believe Affordable Healthcare a Right
The nonprofit Commonwealth Fund’s Commonwealth Fund Affordable Care Act Tracking Survey  says most U.S. adults, regardless of political affiliation, now believe all Americans should have the right to affordable health care. That said, 36 percent of Americans who have health coverage through the ACA’s marketplaces and 27 percent with Medicaid are pessimistic about keeping their coverage in the future; half point to recent federal actions.

Recent Tax Reform Revises Downward HSA Family Contribution Limit
Heads up! The recent tax reform law includes a slight change for health savings accounts (HSAs). Page 400 of IRS Bulletin number 2018-10 contains a revision -downward – of the HSA family contribution limit. According to this post by PayPro Administrators, the revision is due to a change in how the amount is calculated. “Chained CPI” will be used for annual inflation adjustments beginning with the 2018 tax year instead of using the CPI (Consumer Price Index). For the tax year 2018 the new “chained CPI” calculation will reduce the HSA contribution limit for family coverage to $6,850 instead of $6,900. This is a reduction of $50. The self-only limit remains unchanged from the previously announced amount of $3,450.

Paralympic Spirit and The Standard’s Tom Foran
A few weeks ago we mentioned how inspired we were by the Olympic athletes. Steve Siebold, a former professional athlete and psychological performance coach to entrepreneurs and Fortune 500 executives, says business people can learn tons of valuable lessons from elite athletes. Guess what? There’s something even more inspiring this week: The 2018 Paralympic Games, which will be wrapping up on March 18. It’s a must-watch for anyone who wants to be humbled by greatness. Speaking of greatness, California Broker is honored to have The Standard’s Tom Foran contributing to our upcoming April issue. Tom is the vice president of underwriting and product development at The Standard and has worked in the insurance industry for more than 30 years. He’s also a five-time Paralympic medalist and former world-record holder in wheelchair racing!

Our March issue is up!
Cal Broker’s March print issue is now available online. Did you catch John Sarich‘s guest editorial on tax reform and insurance? Don’t miss HIXME CEO Denny Weinberg explaining how his company aims to be a large group disruptor or Louis Brownstone‘s excellent update on The California Partnership for LTC.  And that’s just a taste of the great industry coverage.

LAAHU Annual Conference- Field Day 2018
April 11-12
Los Angeles Convention Center
Janet Trautwein, NAHU CEO,
will be among the guest speakers.
Trautwein will give a 2018 Federal Update –
find out what is going on in Washington, D.C.
Registration, exhibit and
sponsorship info now available!