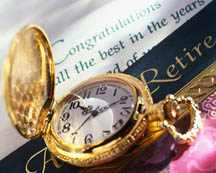 An endless stream of studies and surveys all show women are less prepared for retirement than men. The typical story line: “Women aren’t interested in managing money, and they’re not good at it. They’re more interested in other things – family, friends, children.”  The real problem can be found elsewhere – in the sobering data about the economic gender gap. A new study on women and retirement, released today by the Transamerica Center for Retirement Studies, finds that nearly half of women lack a retirement strategy, are not confident about their ability to retire comfortably, and do not plan to retire according to a study that recently appeared at www.reuters.com.