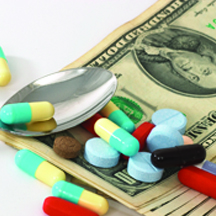 Since the ’90s, health insurance benefit coverage has become increasingly standardized. Coverage rules used to be entirely up to state insurance regulations and laws. When states did not specify rules, insurers had latitude to set details like cost sharing and other limits for the policies they sold. The ACA, signed into law in 2010, and earlier laws, such as the Mental Health Parity Act of 1996, established national minimum standards for coverage and limits on cost sharing.

Despite standardization, advocates for various industries and certain patient needs continue to propose changes in coverage rules. Much of the advocacy is occurring at the state level with a focus on pharmaceutical coverage, such as equalizing cost sharing between oral and infused oncology drugs or setting limits on cost sharing for prescriptions. In general, proponents of more generous benefits seek to protect patients from high out-of-pocket costs. Opponents often argue that these kinds of benefits will increase premiums or require insurers to be less generous when it comes to other kinds of benefits and that being generous in a lot of small ways contributes to making American health care unaffordable.

Evaluating benefit changes is a familiar challenge for actuaries, who are charged with setting premiums for insurers. Under the ACA, an insurer selling policies in the health insurance marketplace must have its rates certified by an actuary. Actuaries attest that the premium rates and corresponding coverage comply with ACA and state rules. (read more)