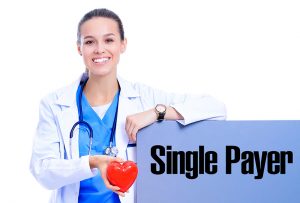 Capital Public Radio’s Ben Bradford reported Monday that Senate Bill 562, the high-profile bill that would establish single payer health care in California, will remain shelved. Assembly Speaker Anthony Rendon shelved the bill last year, after it passed the Senate, because it failed to specify how California would seek federal approval, bypass constitutional spending limits and cover as much as a $400 billion cost.

“The sponsors of the bill have sat on their hands and done nothing for the past six months,” Rendon told Capital Public Radio. “None of the authors have made any significant amendments.”

Rendon, who has been a long-time backer of single payer, said he’s now more interested in a universal health care proposal, which could combine government and private coverage options.

New Analysis on Proposed Rules for Association Healthcare Plans
In Healthcare Reform magazine , Alan Tawshunsky, principal of Tawshunsky Law Firm PLLC, weighs in on what he thinks will happen if the the proposed rules for association healthcare plans become the law of the land. Take a look and let us know what you think! Email editor@calbrokermag.com.

The national event and expo will take place June 12, 2018, at the Marriott Grand Hotel in St. Louis. The free day program will consist of some 50 different workshops focused on Medicare Supplement, Medicare Advantage, senior insurance products and insurance marketing, according to AAMSI director and Cal Broker contributor Jesse Slome.  In addition, the Society of Certified Senior Advisors (SCSA) previously announced it will partner in support of the free day for agent event.  The annual event is held immediately prior to the 10th National Medicare Supplement insurance industry conference. Request access to the free day and take a look at the preliminary program here.

Calling All Techy Investors – What About Medicaid?
California Health Foundation recently published “Opportunities for Emerging Technologies in the Medicaid Market.”

According to CHCF: “Medicaid covers one out of every five Americans and accounts for more than $550 billion in federal and state spending annually. To date, however, investors and entrepreneurs have largely ignored this market, focusing instead on developing solutions for private and commercial customers.” CHCF is offering downloadable resources and reports to help bridge the gap between those who know the Medicaid market and those who might bring innovation.

Metlife Launches Disruptor Accelerator; Taking Mentorship Applications Now!
MetLife, Inc. announced the launch of two InsurTech investment programs for start-up companies: MetLife Digital Ventures and MetLife Digital Accelerator powered by Techstars. Both programs will be led under the umbrella of MetLife’s Chief Digital Office.
Backed by a $100 million co-investment fund, MetLife says it is investing in strategically aligned start-up companies that can bring new forms of value to its customers. Through the investment, MetLife plans to influence the direction of these early stage companies that offer products and capabilities that are strategically important to the organization.

The MetLife Digital Accelerator powered by Techstars is a first-of-its-kind program that identifies and mentors startups around the globe that are developing industry-disrupting technologies in the insurance space. Startups selected will be hosted at MetLife’s Global Technology Campus in Cary, North Carolina, for an intensive 13-week program focused on the development and acceleration of transformational ideas. Applications are now open for the first MetLife Digital Accelerator class. Start-ups apply here.

Majority of Americans Resolve to Have Greater Financial Well-Being
You may think losing weight is the most popular New Year’s resolution, but the latest issue of an annual survey on consumer expectations from the nonprofit National Endowment for Financial Education (NEFE) finds over two thirds (69 percent) of U.S. adults have set a financial New Year’s resolution for 2018.

Save now and do so often. Preparing for unexpected events like medical emergencies can help reduce the financial impact of a life-changing event. A good rule of thumb is to have six to nine months of income set aside.

Shop for better services. You may be surprised by how much you can save when you periodically shop for the most competitive rates on your recurring bills. Shop providers to find the best value on your insurance policies, cell phone plan, internet and utilities. Ask your providers about current rates and any promotions available to long-time, loyal customers.

Aflac Promotes Miller and Lee
Aflac Incorporated announced changes for two key executives as part of its ongoing U.S. Operations strategy. Virgil R. Miller has been promoted to president of Aflac Group Insurance and executive vice president; chief operating officer, Aflac U.S. In his new role, Miller is responsible for the strategic leadership and overall direction of operations at Aflac Group, as well as operations for Aflac U.S.

Additionally, Jamie A. Lee has been promoted to senior vice president and chief service officer, Aflac U.S. In her new role, Lee is responsible for the entire customer journey of policyholders and businesses.

California-based Mooers Named Chairman of NAILBA
Jeffrey D. Mooers of H.D. Mooers & Co. based in Lafayette, CA, has been named chairman of the National Association of Independent Life Brokerage Agencies (NAILBA) for 2018.