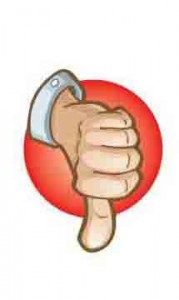 Support has dropped by nearly 30 points for heath insurance rate regulation (Proposition 45), according to Field Poll results. The Health Insurance Rate Changes initiative would require the state insurance commissioner to approve any health insurance rate changes. Forty-one percent of likely voters are inclined to vote yes on Prop. 45; 26% are inclined to vote no; and a growing number (33%) are undecided. At the August Covered California board meeting, board members expressed their opposition to the measure, saying that it could interfere with the exchange’s operations. For more information, visit www.stophighercosts.org.

Health Benefit Costs to Edge up in 2015

Employers are predicting that health benefit costs will rise 3.9% per employee in 2015, according to a Mercer survey. At 2.1%, cost growth reached a 15-year low in 2013, but appears to be edging back up. Employers say that costs would rise 5.9% if they made no changes to their plans for 2015. But only 32% of employers are simply renewing their plans without making changes. “Employers have to work hard each year to keep cost increases manageable. And health reform is certainly creating new challenges,” said Tracy Watts, senior partner and Mercer’s National Health Reform leader. Twenty-two percent of employer health plans are likely to see enrollment grow next year when they open their plans to all employees working 30 or more hours per week. Thirty-nine percent of the large retail and hospitality businesses, which typically employ many part-time workers, will need to extend coverage in 2015. Beth Umland, Mercer’s director of Research for Health and Benefits said, “While there has been much speculation that employers would reduce staff or cut hours to limit the number of employees becoming eligible in 2015, few…will take of those routes.” However, many say they will manage schedules more carefully to avoid workers’ occasionally working 30 or more hours in a week or to make it clear to new hires that they will work fewer than 30 hours, she added.” It’s hard to predict how many newly eligible employees (generally lower-paid, variable-hour workers) will enroll in health plans. The tax penalty for individuals who do not get coverage will rise in 2015 to a minimum of $325. The minimum was only $95 in 2014. Few employers have seen significant growth in enrollment. But 2015 could be a different story, not just because the penalty is higher, but also because many employees now have the option to enroll, said Watts. Consumer-directed health plans (CDHPs) that are eligible for a health savings account cost 20% less than traditional health plans. While about half of large employers offer a CDHP, 73% expect to have a CDHP within three years. And 20% say it will be the only option for employees. Today, only 6% of large employers have moved to full-replacement CDHPs. The move toward high-deductible consumer-directed plans is spurring more voluntary options. In addition, private benefit exchanges make it easier for employers to offer a range of medical plan options and voluntary benefits. For more information, visit www.mercer.com.

Private Exchanges Expected to Take Off

Thirty-two percent of employers are considering moving employees to a private exchange in the next three years, according to a report by PwC. Public exchanges have already enrolled eight million in the first year and are poised to grow rapidly over the next few years. But the shift to retail-style private exchanges may be a longer process. Barbara Gniewek principal of PwC’s Human Resource Services practice said, “Employers are expressing significant interest in private exchanges, but [they’re] taking the time to evaluate the various exchange offerings. Exchanges that can deliver sustainable cost savings and enhance the customer experience while reducing the administrative burden will be best positioned for success.” Kelly Barnes, PwC’s U.S. Health Industries leader, said “The push to retail means more transparency on pricing, products, and services, In today’s new health economy, healthcare companies will need to find innovative ways to demonstrate value and quality to their customers with quality in assurance, tax and advisory services.” For more information, visit www.pwc.com/US.

Parents are almost twice as likely to choose a less costly procedure to treat their children’s appendicitis when they are aware of the cost difference, according to a study published in the September issue of Annals of Surgery. The study compared the choice of an open procedure to a more costly laproscopy to treat appendicitis. Sixty-three percent of parents who got pricing information chose the less costly operation compared to 35% of those who were not aware of the cost difference. Costs averaged $1,554 less for open operations than for laparoscopy.

The Affordable Care Act calls for each individual to have qualifying health insurance coverage, but there are exemptions under the following circumstances:

On IRS.gov/ACA, you can find a comprehensive list of the coverage exemptions.

The Health Care Cost Institute (HCCI) and the National Academy for State Health Policy (NASHP) will issue grants for studies that analyze how the states are implementing the Affordable Care Act (ACA) and other health reforms. The program is funded by a $1.5 million grant from the Laura and John Arnold Foundation. Funding will support five research projects that shed light on the most effective ways to improve health care quality and lower costs. Researchers who are funded by the program will have access to HCCI’s commercial claims data for over 50 million insured Americans. For more information, visit grantprogram.nashp.org.

Millions of infants, children, and adolescents in the United States didn’t get key clinical preventive services, according to a report published by the Centers for Disease Control and Prevention (CDC). Clinical preventive services include medical or dental care that supports healthy development. The CDC report focuses on the following: prenatal breastfeeding counseling, newborn hearing screening and follow-up, developmental screening, lead screening, vision screening, hypertension screening, use of dental care and preventive dental services, human papillomavirus vaccination, tobacco use screening and cessation assistance, chlamydia screening, and reproductive health services. In 2007, 79% of parents with children aged 10 to 47 months said that their healthcare providers hadn’t asked them to complete a formal screen for developmental delays in the past year. In 2009, 56% of children and adolescents didn’t visit the dentist in the past year, and 86% didn’t get a dental sealant or a topical fluoride application. Forty-seven percent of girls 13 to 17 years had not received their recommended first dose of HPV vaccine in 2011. Thirty-one percent outpatient clinic visits from 11- to 21 year-olds during 2004 to 2010 had no documentation of tobacco use status; 80% of those who screened positive for tobacco use didn’t get any cessation assistance. Twenty-four percent of outpatient clinic visits for preventive care for three- to 17-year olds had no documentation of blood pressure  measurement.“The Affordable Care Act requires new health insurance plans to provide certain clinical preventive services at no additional cost with no copays or deductibles. Parents need to know that many clinical preventive services for their children, such as screening and vaccination, are available for free with many health plans,” said Lorraine Yeung, M.D., M.P.H., a medical epidemiologist with the CDC. For more information, visit www.cdc.gov/childpreventiveservices.

Average annual premiums for employer-sponsored family health coverage reached $16,834 this year, up 3% from last year. This continues a recent trend of modest increases, according to a survey by the Kaiser Family Foundation/Health Research & Educational Trust (HRET). Workers are paying an average of $4,823 annually toward family coverage this year. The increase continues a recent trend of moderate premium growth. Premiums have increased 26% over the past five years compared to 34% in the previous five years and well below the annual double-digit increases recorded in the late 1990s and early 2000s. This year’s increase also is similar to the year-to-year rise in worker’s wages (2.3%) and general inflation (2%). Annual premiums for worker-only coverage are $6,025 this year. Workers have contributed an average $1,081 toward the cost of worker-only coverage this year. The survey also reveals the following:

The Foundation also released a graphic that charts the survey’s premium trends since 1999 for different types of firms. For more information, visit http://kff.org/EHBS.

The Obamacare Debate Loosens its Grip on Congressional Elections

Republicans have a modest edge in voter enthusiasm, but Obamacare is not their main motivator, accord to a Kaiser Family Foundation Health Tracking Poll. Twenty-seven percent of Republicans say they are more enthusiastic about voting this year. But the most common reason is to help Republicans gain control of the Senate at 13% while just 3% mention the health care law. Forty-seven percent are in favor of the ACA, and 35% are against it. Sixty-three percent want Congress to improve the law while 33% want Congress to repeal it. Thirty-eight percent of voters say they would be less likely to vote for a candidate who voted for the health care law while 29% would be more likely. Forty-one percent say they would be more likely to vote for a candidate who voted to repeal the law while 30% would be less likely. In the 11 states with the most competitive Senate races, 72% of those surveyed say they have seen ads about the health care law. Thirty-four percent saw more ads against it and 4% saw more ads in favor. Sixty percent of Republicans and other voters who don’t like the ACA want candidates to keep up the Obamacare debate. Similar shares of Democrats and other voter who like the law want candidates to move on to other issues. Twenty-seven percent of Democrats, 11% of independents, and 2% of Republicans say the ACA has helped them. On the other hand, 45% of Republicans, 31% of independents, and 10% Democrats say that the law has hurt them. For more information, visit www.kff.org.

Asset Life Settlements, LLC issued a statement saying that, as business owners seek to cash out and retire, an increasing number of corporate owned life insurance (COLI) policies will be brokered in the secondary market. “The improving economy and financial performance of small businesses is the driving force behind the recent spike in the sale of small businesses by aging owners,” said Scott Thomas, co-founder of the company. Economists estimate that 70% of the 12 million privately owned businesses in the U.S. will change hands as Baby Boomers retire in the next decade. Some of those retiring business owners who carry key person life insurance may qualify for a life settlement to boost their retirement nest egg. Company co-founder Jeff Hallman says that discussions with agents and recent market studies support the company’s optimistic outlook. According to BizBuySell.com, small business sales in 2013 were up by 42% from the previous year. Sixty-five percent of the businesses sold in the first quarter for 2014 were by Baby Boomers. Also, 67% of business owners expect to retire in the next 10 years, according to a Pepperdine study. Hallman expects the recent upturn in mergers and acquisitions and the projected sale of businesses to present new opportunities for insurance advisors when it comes to the disposition of corporate owned life insurance. “It makes sense that aging business owners who survived the recent economic downturn are motivated to cash out now. Insurance advisors should remind retiring business owners and business brokers not to overlook the possible hidden asset value of key person life insurance,” he said. For more information, visit www.assetlifesettlements.com or call 888-335-4769.

You can now complete your Certified in HealthCare Consumerism (CHCC) education as part of the 4th IHC FORUM West conference in Las Vegas November 10 to 12. For more information, visit http://www.theihcc.com/en/0/become-an-ihc-member_h9a60onj.html.

A report by AON Hewitt reveals how employee benefits will change during this year’s open enrollment. The report also gives tips to respond to the changes. Aon Hewitt finds that employees will see the following changes as they enroll in benefits for 2015: