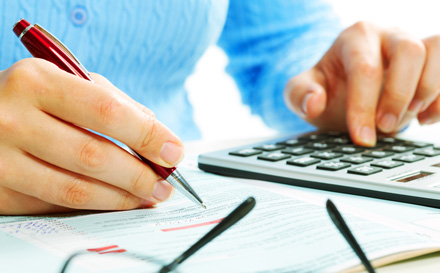 IN CALIFORNIA
Premium Growth Slows in California’s Individual Market Following ACA Implementation
Premium rate growth for health plans sold in California’s individual market has slowed since the Affordable Care Act (ACA) and Covered California, according to a report by the California HealthCare Foundation (CHCF). The report is based on a review of insurers’ rate renewal filings from 2011 to 2016. With CHCF’s new interactive tool, users can see how premium rate increases in the individual market have changed over time. The following are key findings:

Agent Arrested in Life Insurance Scam
Alexander Komarenko, 54, of Newbury Park, was arrested and booked by the Ventura County Sheriff for allegedly signing up people for multiple life insurance policies without their knowledge, including one 83-year-old non-English speaking woman. Komarenko allegedly traveled between Los Angeles and the Central Coast where he sold life insurance policies that included automatic monthly premium payments from checking accounts. Komarenko would allegedly sign the victim up for additional life insurance policies without their knowledge and establish automatic payments. If victims noticed the additional payments, Komarenko explained it as insurance company billing errors. He then canceled the existing policies and wrote new ones-starting the scam cycle all over again. Komarenko found additional victims by befriending people and gaining referrals from his victims. Investigators have identified 20 victims so far, stretching from Hollywood and the San Fernando Valley to Salinas and Monterey. Department of Insurance investigators are looking for more victims. Anyone who purchased a policy from Komarenko or got multiple billings for what they believe is one policy should call the department’s toll-free consumer services hotline at 800-927-4357. Komarenko’s agent license has been suspended by the Department of Insurance. To learn more about the status, search by typing in the suspect’s last name on the department’s website.

This year, Covered California makes it possible for consumers to purchase optional dental coverage for 2016 as an add-on to the health coverage they purchase through the exchange. Pediatric dental benefits for members under 19 years of age continue to be included with health coverage.

The family dental plan offers adults the option of receiving dental coverage outside of the general health plans at an additional cost. Unlike premiums for health coverage, premiums for dental coverage through a family dental plan are not subsidized through Covered California, but dental plans offered through the exchange are actively purchased and must be offered on a guaranteed issue basis — meaning the coverage is available to anyone who wants it regardless of any pre-existing dental health conditions. Open enrollment for health insurance coverage and for the new 2016 dental coverage for adults began on Nov. 1 and will continue through Jan. 31.

Covered California is offering dental health maintenance organization (DHMO) and dental preferred provider organization (DPPO) plans. There is no financial assistance available for the optional family dental plans, and there is no tax penalty for choosing not to enroll. For more information, visit www.CoveredCA.com/people-and-families/getting-covered/dental-coverage.

PRODUCT UPDATE
United Gets High Ratings for Dental Plan
UnitedHealthcare ranks highest in customer satisfaction with dental plan insurers for a second consecutive year. The plan performed particularly well in the coverage, cost, and communications factors, according to the J.D. Power 2015 Dental Plan Satisfaction Report. Satisfaction is calculated on a 1,000-point scale.

The following are dental plan rankings:

Enrollment Access for Smart Devices
OneAmerica launched a mobile platform to allow group annuity plan participants a faster, yet still secure, way to register and enroll. In just the first month that the smart-device-friendly platform was put into operation, OneAmerica charted an almost 10-percentage-point increase in the number of visitors who made it through enrollment. For more information, visit OneAmerica.com/companies,

EVENTS
Annuity Webinar
The National Association for Fixed Annuities is holding a Webinar Thursday, December 17 at 8:30 a.m. PT to give a comprehensive review of NAFA’s key initiatives for 2016. For more information, visit nafa.com

Private Exchange Conference
The Institute for HealthCare Consumerism is holding its the second annual Private Exchange FORUM February 23 to 24 in Dallas. For more information, visit theihcc.com.

HEALTHCARE
2016 Medicare Parts A & B Premiums and Deductibles Announced
The Centers for Medicare & Medicaid Services (CMS) announced the 2016 premiums and deductibles for the Medicare inpatient hospital (Part A) and physician and outpatient hospital services (Part B) programs. There will be no Social Security cost-of-living increase for 2016. As a result, most people with Medicare Part B will be held harmless from any increase in premiums in 2016 and will pay the same monthly premium as last year, which is $104.90. CMS Acting Administrator Andy Slavitt said, “Our goal is to keep Medicare Part B premiums affordable. Thanks to the leadership of Congress and President Obama, the premiums for 52 million Americans enrolled in Medicare Part B will be flat or substantially less than they otherwise would have been.”

These groups account for about 30% of the 52 million Americans expected to be enrolled in Medicare Part B in 2016. Because of slow growth in medical costs and inflation, Medicare Part B premiums were unchanged for the 2013, 2014, and 2015 calendar years.

Premiums for beneficiaries who are married and lived with their spouse at any time during the taxable year, but file a separate return, are as follows:

Medicare Part A covers inpatient hospital, skilled nursing facilities, and some home health care services. About 99% of Medicare beneficiaries do not pay a Part A premium since they have at least 40 quarters of Medicare-covered employment. The Medicare Part A annual deductible that beneficiaries pay when admitted to the hospital will be $1,288 in 2016, a small increase from $1,260 in 2015. The Part A deductible covers beneficiaries’ share of costs for the first 60 days of Medicare-covered inpatient hospital care in a benefit period. The daily coinsurance amounts will be $322 for the 61st through 90th day of hospitalization in a benefit period and $644 for lifetime reserve days. For beneficiaries in skilled nursing facilities, the daily coinsurance for days 21 through 100 in a benefit period will be $161 in 2016 ($157.50 in 2015).

Deductibles and Coinsurance for 2016

Health Insurers Accelerate Digital Transformation
Health insurers are using new types of information technology to become more consumer-focused, according to a study by Frost & Sullivan. The ACA has brought new regulatory and compliance obligations to the insurance industry and changed IT priorities. IT spending priorities for the health insurance industry will increasingly focus on new tools for data analytics, consumer engagement, and population health and care management. There is a strong focus on improving communication and engagement with members, including mobile and real-time decision support.

The drivers of this trend include greater consumer access to medical information via the Internet and the need for patients to take on increased financial responsibility for their healthcare costs, particularly with the rise of high-deductible health plans.

In addition to the ACA, health insurers are grappling with these key issues:

Nancy Fabozzi of Frost & Sullivan said, “The ACA is an overwhelmingly disruptive force for the U.S. healthcare system. Health insurance organizations will continue to respond by aggressively containing administrative costs including IT purchasing. Significant shifts in how spending is allocated across IT market segments will force many vendors to develop new strategies and capabilities, particularly for consumer and analytics IT, which is imperative to remain competitive. Frost & Sullivan predicts that he U.S. Health Insurance IT market will grow at a compound annual growth rate of 5.5% from 2015 to 2020. For more information, visit connectedhealth.frost.com.

More Cost Transparency Needed for Cancer Drugs
Consumers don’t have enough information about cost-sharing for Cancer drugs in order to select the best plan in the insurance marketplaces, according to a study by the American Cancer Society. This updated analysis incorporates 2015 data from marketplaces in California, Florida, Illinois, North Carolina, Texas, and Washington. Researchers found that coverage transparency has improved somewhat since 2014, but significant barriers remain for cancer patients. Researchers found the following:

The American Cancer Society recommends that the HHS increase transparency of coverage and cost-sharing, ensure adequate access to medically necessary drugs via an exceptions process, make cost-sharing more predictable and affordable for patients, and monitor the marketplace for evidence of discrimination against people with high-cost conditions, such as cancer.

Rules defining essential health benefits leave a great deal of flexibility for insurers in prescription drug coverage, leading to concerns that some plans may not provide adequate coverage for certain diseases. Increasingly, cancer drugs are targeted to specific molecules involved in the growth or spread of particular cancers, meaning that these drugs are not interchangeable, and most are not yet available in generic form. For more information, visit cancer.org.

Price Transparency Necessary as UnitedHealth Threatens to Pull Out of Insurance Marketplaces
UnitedHealth has warned that it may pull out of the Obamacare exchanges after 2016–forcing more than a half million people to find other coverage. United says that low enrollment and high usage have cost the company millions of dollars. “UnitedHealth Group’s departure would leave consumers with one less option as competition continues to shrink and health care prices continue to rise. Yet, a glance at the company’s third quarter report…showed an increase in revenue of 27% year-over-year to $41.5 billion. This discrepancy is just another reason why transparency in the health insurance industry is so vital,” said Stacey Worthy, director of Public Policy at Aimed Alliance.

The Alliance for the Adoption of Innovations in Medicine (Aimed Alliance) released a report detailing the drivers of health care costs in the United States. The following are key points:

Not-for-profit insurers have placed billions of dollars in financial reserves, well above the recommended amount, and paid exorbitant CEO compensation packages. They have then massively raised premiums—by 49% in some states—while asking for billions of dollars in financial assistance from the federal government. This type of action is prevalent among the entire industry rather than simply a few offenders. For more information, visit AimedAlliance.org.

INDUSTRY UPDATE
Insurance Industry Fails to Attract Younger Workers
The insurance industry is failing to attract Millennials (ages 18-34). These younger workers are also overlooking other industries, such as a retail, construction, and manufacturing, wholesaling, and utilities, according to a study by The Hartford. Eighty percent of Millennials consider themselves as leaders today and want to be leaders in the next five years (69%). However, only 4% of young leaders want to work in insurance. The Hartford’s Millennial Workplace Expert Lindsey Pollak said, “The results reveal a quiet crisis–a generation of leaders who aren’t interested in many businesses that drive our nation’s economy. Millennials can help close this leadership gap by widening their career searches and exploring jobs, salaries and benefits before writing off whole sectors of the U.S. job market.”

Arts and entertainment topped the Millennials’ work wish list, with 40% of younger workers saying they want to work in this industry. Second on the list was education at 36%, and technology at 36%. The top way to recruit younger employees is providing a variety of career opportunities, according to 46% of the survey participants. Additional recruiting tips for Millennials include offering the following:

“Year over year, our research shows that the right benefits play a pivotal role in attracting and retaining employees. We are committed to working with our brokers to help our employer clients hire and develop the next generation of decision-makers while ensuring these young leaders understand the role that benefits can play in protecting their leadership potential,” said Mike Concannon, executive vice president of The Hartford’s Group Benefits business. For more information, visit thehartford.com.