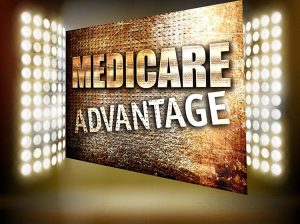 Study Shows That Private Exchanges Help Retain Employees
Seventy-two percent of employees using a private exchange say they are more likely to remain with their employer because of their benefit program, according to a new Liazon survey. The survey findings suggest that retention can get a boost from increased engagement and awareness of benefits, including a better understanding of their value in total compensation package. Ashok Subramanian of Liazon said, “The retention case is incredibly strong for private exchanges. The data show us that employees appreciate their benefits more when they are engaged in the process of selection and view the full cost of their plans. As private exchanges become a more popular form of benefit delivery, employers are beginning to recognize the model as a way to communicate the value of the benefits they are offering to their workforce.”

When asked to compare their experience using an exchange to the traditional method of benefit distribution, 83% of employees said they are more engaged in their health care decisions and 77% said they value their benefits more. Further, by increasing transparency into employer contributions and the full cost of benefits, private exchanges help employees better understand and appreciate their benefits as part of their compensation. In fact, 85% of respondents using an exchange, for the first time, said that they are more aware of their company’s contribution to their benefit costs and 81% said they value their company’s contribution more. For more information, visit www.liazon.com.

Obamacare Subsidy Being Funded Unconstitutionally
by Eric Wilson
About a year ago, U.S. District Court Judge Rosemary Collyer ruled that the House of Representatives could sue the president over how he was enforcing the ACA. In May, she ruled that the administration is violating the law in the way they are reimbursing health insurance carriers who provide coverage to lower income Americans. The ruling was put on hold in anticipation of an appeal by the Obama administration. It’s the first time in history that Congress was allowed to sue the executive branch over a disagreement about how to interpret a statute. Obama administration lawyers are expected to argue that the suit should be thrown out of court on the grounds that the House of Representatives cannot sue the executive branch.

The House of Representatives argues that the administration has overstepped its authority. Judge Collyer agreed stating, “The constitution says, No money must be drawn from the Treasury, but in Consequence of Appropriations made by law.” The administration is paying billions to insurance companies for the extra cost to provide health insurance. The ACA allows for cost sharing, which based on income that could reduce deductibles, co-pays, and out-of-pocket maximums for ACA Silver plans. The law also states that insurers that enroll eligible, low income Americans must cover the costs of their deductibles and co-payments, but the federal government must make periodic and timely payments to cover those costs. Congress says it has not appropriated those costs. The administration had asked Congress for appropriations to cover those costs. When the request was not honored, the HHS said it could continue to pay these required reimbursements. The case The House of Representatives v. Burwell will move to the U.S. Court of Appeals for the District of Columbia. In court papers the administration warned that a court victory for the House of Representatives would lead to a spike in insurance premiums for Americans and would force the government to pay more in tax credits to insurance policyholders.

If the House does not prevail, insurers will raise rates to offset the losses on these products or continue to withdraw from the marketplace. If there are fewer insurance carriers participating in the marketplace, there will be less competition, which is likely to drive up premiums. Because the ruling was put on hold, it will not have an immediate affect on the law. It will add to the debate about the President’s signature achievement leading up to the November 8th election. The Appeals court will probably not rule until the President is out of office.

Eric Wilson is President of I Sell Health, A Chicago area health insurance agency. He has been serving clients throughout the country since 2004. He Specializes in Individual Health, Group Health, and Medicare, and planning a tax free retirement. He is also an expert on the Affordable Act.

Expensive Drugs Are Becoming More Accessible Under Exchange Plans
ACA exchange plans are making some drugs more accessible to patients in 2016. Plans are less likely to place all drugs for conditions, such as HIV, cancer, and multiple sclerosis (MS) in a class on the highest cost-sharing tier, according to a report by Avalere. The study looked at Silver plans across 20 classes of medications. In five medication classes, some plans all drugs on the highest tier including drugs to treat HIV, cancer, and MS. However, fewer exchange plans are doing so in 2016 than in the prior two years.

Competition Suffers Most If UnitedHealth Exits Obamacare In 2017
by Phil Galewitz of Kaiser Health News
If UnitedHealthcare follows through on its threat to quit the health insurance marketplaces in 2017, more than 1 million consumers would be left with a single health plan option, forecasted an analysis released Monday. A UnitedHealthcare pullout would be felt most in several states, generally in the South and Midwest, where consumers would be left with little choice of plans, the Kaiser Family Foundation said. In most of the 34 states where United operates this year, though, the effect would be modest for premiums and the number of plan options, Kaiser said. Kaiser’s analysis was made public a day before UnitedHealth Group, the insurer’s parent, is expected to announce 2017 plans for the ACA’s marketplaces that provide coverage to individuals who shop for their own health insurance.

Last year, UnitedHealthcare said it was losing hundreds of millions of dollars on the Obamacare plans and would decide its future participation by mid-2016. Health plans need to begin notifying states by May whether they plan to sell in marketplaces next year. More than one in four counties where UnitedHealthcare participates nationally would see a drop from two insurers to one if the company exits and isn’t replaced by a new entrant, and a similar number would go from having three insurers to two, the Kaiser analysis found. In total, 1.8 million enrollees would go from having a choice of three insurers to two, and another 1.1 million would go from having a choice of two insurers to one, the report said.

A UnitedHealth withdrawal would leave marketplace enrollees in Kansas and Oklahoma with only one insurer if another company does not move in, Kaiser said.

Its analysis cited the potential affect in other states if UnitedHealthcare drops out:

The company was less likely to offer one of the lowest-cost silver plans, where most enrollees sign up. When it did offer a low-cost option, its pricing was often close to its competitors. As a result, the weighted average premium for a benchmark silver-level plan would have been about 1% higher had United not participated in 2016. Federal subsidies in the marketplaces are based on the second-lowest silver premium. Benjamin Wakana, a spokesman for the Centers for Medicare & Medicaid Services, said the government expects insurers to make adjustments in entering and exiting states. The marketplace should be judged by the choices it offers consumers, not the decisions of any one issuer. That data shows that the future of the marketplace remains strong. UnitedHealth Group will release its first-quarter earnings Tuesday morning and CEO Stephen Hemsley is scheduled to discuss the results with analysts and investors at 8:45 a.m. ET. This story was produced by Kaiser Health News, an editorially independent program of the Kaiser Family Foundation.

NAHU Show in New Mexico
The National Association of Health Underwriters (NAHU) is holding its 86th Annual Convention and Exhibition     June 26 to June 27 in Albuquerque, New Mexico. The summit will focus on helping service their clients amid legislative and regulatory changes affecting the health insurance market. For more information, visit nahu.org.

Burnham Benefits Executive Gets Award
The Annual Association for Corporate Growth gave its annual “Founders Award” to Kristen Allison, president and CEO of Burnham Benefits. The designation honors one long-standing business leader who fosters business growth while bringing goodwill through community service. Burnham, which now serves over 400 clients and employs more than 80 professionals across California and Washington D.C., began in 1995 with the acquisition of the firm, John Burnham & Company.

Consumer Guide to Short-Term Care Insurance
The National Advisory Center for Short-Term Care Information released a guide to short-term insurance. Jesse Slome, director said, “Insurance agents have a very viable and sellable solution…for the large number of people who seek an LTC solution but where the cost of traditional long-term care insurance or their existing health is an issue.” To get the guide, visit www.shorttermcareinsurance.org.

Online Claims for Ancillary Benefits
Colonial Life now allows customers to file disability, accident, cancer, critical illness, hospital confinement and vision claims online. The process guides them through questions that are personalized for their type of coverage. Customers can easily upload supporting claim documentation from their computer or mobile device. The program won’t send the claim until all required questions have been answered. Once the claim is filed, customers get electronic confirmation the claim has been forwarded to Colonial Life. To use the online claims service, customers can log onto coloniallife.com and click on Individuals & Policyholders.

Cloud-Based Benefit Enrollment
EaseCentral has streamlined the administration of HR enrollment and quoting processes for insurance brokers. A process that used to take weeks to complete can be finished in minutes. Brokers can pull quotes and compare information from multiple carriers instantly from any desktop or mobile device. For more information, visit easecentral.com.