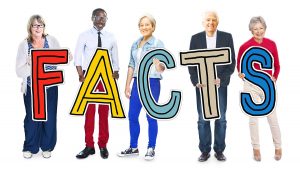 In honor of Older Americans Month, the U.S. Census Bureau released the following statistics about people who are 65 and older:

Percentage of the Population

Technology in the Home

Facing Medicare’s Tax Burden
Medicare’s cost burden will crush taxpayers unless we change how it is financed, according to a study by the National Center for Policy Analysis (NCPA) senior fellows Thomas Saving and Andrew Rettenmaier. “Without significant changes in the program, it is not realistic to think that federal Medicare spending, per capita, can be constrained to grow at the same rate as per capita GDP. Over the next 75 years, from 2016 to 2089, Medicare is projected to grow from 3.53% to 62% of GDP.” The report recommends the following reforms to bring Medicare’s cost growth in line with the growth of GDP:

Annuity Webinar
BGA Insurance is sponsoring a webinar on fixed indexed annuities with tax-free benefits on Friday June 3 from 10:00 am to 10:30 am PST. For more information, visit www.BGAInsurance.com.

A Small Boost in Millennials’ Financial Health Has a Lifetime Impact
Improving financial wellness of younger employees from four to a five on a 10-point scale translates into a 12% improvement in projected retirement savings. The report by Financial Finesse is based on over 35,000 financial wellness assessments completed in 2014 and 2015. An improvement from four to six brings a 27% improvement in projected retirement savings. The report reveals that debt is a growing concern, with many employees at risk of becoming significantly over-leveraged. This could be a problem for older employees who may carry consumer debt into retirement. Baby Boomers had the biggest decrease in the percentage that have a plan to pay off their debt (64% to 58%) and the biggest increase in those that are experiencing late fees (11% to 15%). Fifty-five percent of Generation X participants said getting out of debt is a top-three priority. Fifty-three percent said that lacking emergency savings is a top-three vulnerability. Forty-three percent of Millennials have serious debt, making it a top-three vulnerability. A higher percentage of employees across all generations are running a retirement calculator, checking credit scores, and projecting college expenses. For more information, visit financialfinesse.com.

Millennials Will Change How Life Insurance Is Bought
A recent survey by Life Ant reveals that nearly 70% of participants from 18 to 39 would look for life insurance policies online before consulting a financial advisor. Sixty percent of those 40 and older are more likely to visit a financial advisor to purchase a policy instead of using an online source. The supply of clients for life insurance agents is expected to decline, and the supply of clients looking to buy life insurance online is expected to increase significantly. This could mean that the future of life insurance agents is not bright unless they change the way that they operate, especially because the old models will not last as technology advances. To provide better online life insurance services, Life Ant recommends that companies offer extensive educational materials, high quality needs calculators, and other informative resources. For more information, visit lifeant.com/millennials-will-change-life-insurance-bought.

No-Exam Life Insurance Policies Soar in Popularity as Prices Drop to All-Time Lows
LifeQuotes.com has good news for those who want to skip the traditional medical examination: An increasing number of highly-rated life insurers now offer no-exam underwriting up to $500,000, which dramatically simplifies and speeds up the purchase process for life insurance shoppers. Some no-exam plans offer instant-decision underwriting, depending upon the applicant’s age and state of residence. LifeQuotes.com founder and CEO, Robert Bland said, “A sea change of product improvement is under way in the U.S. life insurance market, and the news could not be better for middle market consumers. More and more life insurers are adding no-exam plans up to $500,000 that offer instant underwriting at unheard-of rates, which puts high quality life insurance within reach of every American adult who has dependents and a need for life insurance.” Rob Goss, executive vice president said, “The new generation of no-exam plans offer a full suite of initial rate guarantee periods, typically ranging from 10 years to lifetime and there is very competitive pricing available for individuals who have non-life threatening health conditions.” Underwriting for most no-exam plans involves e-signatures and/or recorded telephone interviews. The no-exam insurers typically require U.S. citizenship, a valid Social Security number, and a valid U.S. residence. In some cases, coverage may be available to U.S. residents who are temporarily living abroad. For more information, visit LifeQuotes.com

Californians with Individual Health Coverage Spent Significantly Less on Healthcare
California residents who bought insurance through the individual market spent significantly less on health care in 2014 than they did the year before. The year, 2014 marks the first year of the Affordable Care Act (ACA). The report by the California HealthCare Foundation reveals that median out-of-pocket spending for families with individual coverage dropped from $7,345 in 2013 to $4,893 in 2014. Thirty-five percent of Californians with individual coverage said that health care costs ate up more than 10% of their household income compared to 43% in 2013. The reduced spending is likely due to premium tax credits and cost-sharing subsidies available for the first time in 2014 through Covered California. Spending declines were more pronounced in California than in the rest of the country. In fact, it’s likely California’s spending declines helped pull down the national averages. For more information, visit www.chcf.org.

Heffernan Insurance Brokers Hires Key Executive
Heffernan Insurance Brokers hired Paula Northington to join its Orange County office as assistant vice president of Employee Benefits. Northington began her career in the financial services industry with Private Ledger Financial Services in San Diego. She later moved into a leadership role at MCI/Verizon Telecommunications, followed by working at a start-up company that evolved into XO Communications. She has also started her own companies, from owning a restaurant in Oregon, to a notary loan document signing agency in Southern California. Northington is the co-founder of CellGenDx, a medical device company, headquartered in Irvine. She has used her skills in the insurance industry as a new-business coordinator with UnitedHealthcare. Heffernan Insurance Brokers, formed in 1988, is one of the largest independent insurance brokerage firms in the United States. Heffernan provides insurance and financial services products to a range of businesses and individuals. It is headquartered in Walnut Creek, and has offices in San Francisco, Petaluma, Menlo Park, Los Angeles and Orange Counties, Portland St. Louis, Long Island, and New York, NY. For more information, visit www.heffins.com.

Obamacare Significantly Reduces Cost of Mental Health Care for Young Adults
The Affordable Care Act (ACA) has significantly reduced out-of-pocket behavioral health care costs for adults 19 to 25, according to a study published in the Psychiatric Services Journal. Young Latinos, African Americans, and other racial and ethnic minorities saw the greatest reduction in out-of-pocket behavioral health expenses. This demographic often has higher unemployment and lower salaries, so they are less likely to seek behavioral health services. The ACA’s dependent coverage provision has reduced the number of uninsured young adults by at least three million. The ACA allows young adults to remain on their family’s health plans until they turn 26. Because of this, the expansion of health care access is also expected to increase the number of users of mental health and substance abuse treatment services. Behavioral health conditions often emerge during the 19 to 25 year age range. Also, this age group has a higher rate of serious mental illness than other adults. To view the full paper, visit: http://ps.psychiatryonline.org/doi/10.1176/appi.ps.201500346

How the ACA Is Changing Health Insurance Markets
The Affordable Care Act has brought significant changes to the health insurance market. Some of these changes were expected by insurers and some were not, according to a study by Conning. The objective of reducing the number of uninsured was accomplished at least in part, which is creating growth opportunities for insurers. However, many insurers are reporting significant losses in the new individual exchange market, which is prompting rate increases and causing insurers to question their participation in selected state markets. Many insurers spent significant resources preparing for the launch of the individual market exchanges. The ACA is spurring large scale acquisitions. The industry focus has turned to scale, leading to the mega-merger announcements of last year. Insurers will refine their strategies as the dust settles from the ACA implementation. Medicaid specialist firms will ride the growth and positive performance of their new enrollees. For more information, visit www.conning.com.

Group Calls on Congress to Reform Mental Health Care
The National Alliance on Mental Illness (NAMI) is calling on the Senate to vote on S. 2680, the Mental Health Reform Act of 2016. The bill, which was was introduced by Senators Lamar Alexander (R-Tenn.) and Patty Murray (D-Wash.), is on the Senate calendar, awaiting action. The group presented petitions with 200,000 signatures at a Senate Summit on Mental Health. The bill would do the following:

NAMI Chief Executive Officer Mary Giliberti said, “We are showing that Americans all across the country are raising their voices and calling for urgent congressional action to begin to address America’s broken mental health system. Too often, calls for national action following tragic events fall to the back burner as urgency fades. Yet, every day, hundreds of thousands of people [who are] affected by mental illness struggle because they do not have the services and support needed to help them recover and live productive lives.” For more information, visit www.nami.org.

Though 2016, marks the lowest rate of increase in the history of the study, the total dollar increase is $1,155, marking the 11th consecutive year that the increase has exceeded $1,100. Healthcare has represented an increasing share of the national GDP. With an average of 7.8% in annual increases, the MMI has more than tripled in 15 years. The annual medical cost increase has ramped down from more than 9% in 2001 to less than 4% this year. But cost changes related to prescription drug coverage have been more volatile, with drugs becoming a larger portion of family healthcare expenditures—this year reaching 17%. (That number does not include prescription drug manufacturer rebates for specialty and other high-cost drugs). “The steady decline in annual cost trends over the 15 years…provides a ray of hope. Hopefully, future efforts to control costs will continue this trend,” said Scott Weltz, co-author of the MMI. To view the complete MMI, go to http://us.milliman.com/MMI/.

Study Reveals Gaps in Disability Coverage
Seventy-two percent of American workers agree that something can be done to protect against an injury or illness that keeps them from working, but few consider ways to protect their financial health if they had to go without a paycheck, according to a survey by Cigna. The survey also reveals the following:

Group Voluntary Chiropractic Plan
Landmark launched a voluntary chiropractic plan for groups with two or more enrolled subscribers/employees. Premiums can be paid with pre-tax dollars. The plan includes a $20 office visit co-payment, 20 annual visits, no prior authorization, and no medical management. Participating employees can save more than 60% off retail when using a Landmark Voluntary Chiropractic Plan. Brokers can download ads about the plan to their website at www.lhp-ca.com/CABrokers/SacramentoAdCampaign.

New Benefit Exchange for Mid-Size Companies
The Namely Exchange has teamed up with Cigna. The new employee benefit exchange will enable companies to offer a menu of benefit plans in an online marketplace. The Namely Exchange will launch with 12 health insurance plans from Cigna, from which HR admins select up to five plan options to offer their employees. The exchange will also contain plan options for dental, vision, disability, and life insurance. Employees choose plans in the online marketplace. Elections and changes transmit to Cigna automatically, so enrollment is seamless and coverage is always up-to-date. Benefit deductions feed into Namely automatically, so payroll can be processed accurately and easily. For more information, visit www.namely.com.