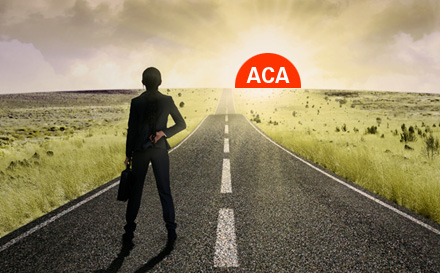 HEALTHCARE
How Brokers Are Finding Opportunities in the ACA
More than half of brokers are confident about the future of their firms and their industry while 41% say that health care reform offers business opportunities. That is up 14% from 2014, according to an Aflac survey.  Dan Lebish of Aflac said that brokers are thriving in their new environment. Thirty-nine percent report increases in their client base over the past 12 months, and 36% say their companies’ sales/revenue grew in the past year. As the following statistics reveal, more brokers than ever are navigators for insurance products, are considering setting up private exchanges for clients, and are expanding consulting services:

While health care reform isn’t as overwhelming for brokers as expected, many clients are still dealing with the effects. Almost 40% of brokers say that one of the top-two issues facing their firms is  client uncertainty about health care reform is, an increase from the previous year, when less than one-third shared that concern. In response to health care reform, brokers said clients made these recent changes :

According to a recent study from the Deloitte, only 30% of Obamacare exchange enrollees are satisfied with their plans. This satisfaction level is significantly lower than what it is among enrollees in employer health plans as well as Medicare and Medicaid. Thirty-five percent of dissatisfied Obamacare marketplace enrollees say they are paying too much for their plan. In addition to making premium payments, enrollees in Obamacare plans also pay high deductibles unless they qualify for cost-sharing subsidies or pay for a high-end gold or platinum plan.

Consumers also complain that their Obamacare plans don’t include broad enough provider networks. A study by Avalere recently revealed that Obamacare plans offered on exchanges have 34% fewer providers than do commercial plans outside the exchanges. If consumers’ preferred doctors or hospitals are out of network, they face the possibility of paying full price to see them.

More Consumers Are Using Alternative Sources for Health Insurance Coverage
Americans are spending more time evaluating their insurance options, and are securing coverage from sources other than their employer. This is despite the fact that many consumers are not familiar with non-traditional health plan options, including provider-sponsored health plans, according to a survey by Valence Health.  Phil Kamp, Valence Health’s chief strategy officer said, “In the two years since we first conducted this study, millions of Americans have gained access to health insurance, and significant shifts in the industry have placed more consumers in the driver’s seat when it comes to their care. When given a choice, people readily take on more responsibility when selecting a health plan, and may be paying less out-of-pocket for healthcare services than other industry reports suggest.” The study also reveals the following:

Andrew Sussman, M.D. of CVS Health said, “We have the opportunity to partner with telehealth organizations in the care of patients at home. In doing so, CVS Health will add value for patients, clients and health plans by improving access to low-cost quality care. During our initial phase of exploration, we learned that we could deliver excellent quality care and that patients were extremely satisfied with the care provided.”

MinuteClinic data recently published in the Journal of General Internal Medicine showed that 95% of patients were highly satisfied with the care they got, the ease with which telehealth technology was integrated into the visit, and the timeliness and convenience of their care. He added, “With the increased demand for patient…as a result of the…Affordable Care Act, the primary care physician shortage, aging of the population and epidemic of chronic disease, telehealth gives us the opportunity to offer high quality care to an expanded group of patients in a variety of convenient and cost-effective locations.” For more information, visit doctorondemand.com.

Many Employers Are Seeing Premium Increases
Despite the Affordable Care Act, 90% of employers face increasing premiums for employee health plans, according to a survey by Arthur J. Gallagher & Co. “By far, the top benefit concern among employers is the rising cost of group medical coverage. Employers are examining all options to rein in medical costs while still offering competitive benefit packages to attract and retain employees in a tightening labor market.

Among all employer respondents, 42% have at least one wellness program in place. This figure rises to 70% for employers with at least 1,000 employees. But employee participation remains a concern according to 72% of employers that offer wellness programs. The survey uncovered gaps in financial protection benefits. Additional survey results can be found at ajg.com/NBS_2015.

EMPLOYEE BENEFITS
New Tools Make It Easier to Save for Retirement
Employee contribution rates and account balances have gotten a boost from enhanced offerings that make it easier to save for retirement, according to a Deloitte survey. Plan sponsors and providers have expanded offerings to include automatic enrollment, step-up contributions, individual financial counseling, and mobile transaction processing. The number of plans offering step-up contributions increased substantially from 46% last year to 62% in 2015. Mobile transaction processing is available in 59% of plans (up from 52% in 2013 to 2014 and 25% in 2012.) This year’s survey was conducted with the International Foundation of Employee Benefit Plans and the International Society of Certified Employee Benefit Specialists.

Forty percent of plan sponsors said that the number one reason for employees give for participating in retirement plans this year is to save for retirement, surpassing last year’s top reason of taking advantage of the company match. Only 19% of plan sponsors expect most employees to be ready for retirement. Average account balances of participants grew in 2015 to $99,011, up almost 4% from $95,227 in 2013 to 2014. Employee contribution rates also increased. The median actual deferral percentage for non-highly compensated employees rose to 5.9%, a 13% increase over last year.

Competition Among Medicare’s Private Health Plans: Does It Really Exist?
Competition among private Medicare Advantage (MA) plans is seen by some as leading to lower premiums and expanded benefits. But how much competition exists in MA markets? The Commonwealth Fund finds that 97% of markets in U.S. counties are highly concentrated and therefore lacking in significant MA plan competition. Competition is considerably lower in rural counties than in urban ones. Even among the 100 counties with most Medicare beneficiaries, 81% don’t have competitive MA markets. Market power is concentrated among three nationwide insurance organizations in nearly two-thirds of those 100 counties.

Some say that fostering competition among private insurance plans offering Medicare coverage could control program spending and provide coverage that is more responsive to the needs of beneficiaries. Some suggest converting Medicare into a premium support program, in which beneficiaries get a fixed amount to buy coverage from a private Medicare plan or traditional Medicare. They say such a move would introduce even more competition, leading to even lower costs for Medicare.

But with consolidation among private payers is raising concerns about dwindling competition in many regional markets. Ninety-seven percent of the 2,933 counties that the Commonwealth Fund studied are highly concentrated markets. While the 100 counties with most Medicare beneficiaries are not geographically concentrated, just six major insurers dominate in terms of number of beneficiaries enrolled. Across these counties, UnitedHealth is the dominant firm, with the largest number of MA plan enrollees in 38 counties; Blue Cross affiliates, including WellPoint, have the largest MA enrollment in 13 counties.

According to the Commonwealth Fund, the results indicate that policymakers should give careful thought to proposals that would rely on competition among plans to reduce cost growth and improve quality. Under a premium-support system, for example, local payment amounts would be heavily influenced by the bids submitted by a small number of health insurance firms in each local market; many of these firms have substantial market power nationwide, as well. For more information, visit commonwealthfund.org.

IN CALIFORNIA
The Impact of Health Reform in California
A survey by The California HealthCare Foundation (CHCF) finds improvements in access to care in California. The uninsured rate is at a new low, and fewer Californians are delaying or skipping necessary medical care. The number of Californians under 65 without insurance dropped 12%, falling from 16% of the population in 2013 to 14% in 2014. Uninsured rates declined notably among people living below 138% of poverty line and among African Americans. The share of the California population 18 to 64 enrolled in Medi-Cal rose 52%. The proportion of uninsured Californians reporting cost as the reason for lacking coverage fell from 53% to 43%, though lack of affordability remains the most common reason cited for going without insurance. For more information, visit chcf.org.

Aetna and MemorialCare Announce New ACA
Aetna and MemorialCare Health System announced accountable care collaboration. The Aetna Whole Health product in Orange County and select portions of Los Angeles County will offer employers a health care model designed to improve quality, efficiency and the patient experience. The health care savings will be specific to each employer, with the potential to save up to 15% over comparable broad network Aetna products. The new commercial health care product, Aetna Whole Health – MemorialCare, will provide highly coordinated care from approximately 2,000 doctors, which includes more than 500 primary care providers, along with seven award-winning hospitals and over 40 urgent care centers.The plans will be available to self-insured businesses in Orange County and portions of Los Angeles County, which includes Long Beach and the South Bay, beginning Sept. 1 for an effective date of November 1st. The plans are anticipated to be available for fully insured customers in early 2016.

LONG-TERM CARE
Vast Majority of Short-Term Care Insurance Buyers Are Over 60
Nine out of 10 people who purchased short-term care insurance coverage in 2014 were 61 or older according to study by the National Advisory Center for Short Term Care Information. The study reveals the following:

Director Jesse Slome said, “These products are certainly attractive to the senior market. Simplified health underwriting makes them ideal options for people seeking long-term care coverage who have health issues or for Medicare beneficiaries who have coverage gaps in their Medicare Advantage or Medicare Supplement insurance policy.” For more information, visit shorttermcareinsurance.org.

Quoting and Improve Health Plan Selection Tool
PlanCompass Pro is a new Software-as-a-Service (SaaS) application using doctor-centric search to show which of a client’s doctors are in and out of every available plan’s network (on and off marketplace). It also displays the costs and benefits of those plans. For more information, visit plancompasspro.com.

Financial Planning
Guardian is offering 15 new investment options to The Guardian Choice and The Guardian Advantage lineup of retirement products. The additional options increase the flexibility and breadth of asset classes for plan sponsors using these products to fund their qualified retirement plans. The additions include offerings from new fund families such as Pioneer and Virtus, as well as ones from existing fund families, including T. Rowe Price, BlackRock and Wells Fargo. Health and technology sector funds from Janus have also been added. These new offerings increase the number of funds available in The Guardian Choice to 135 and in The Guardian Advantage to 108. For more information, visit glic.com.