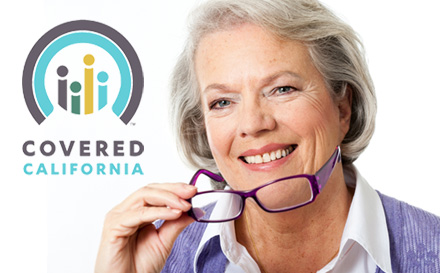 With an active purchasing model, benefit designs would be standardized and customized to Covered California’s consumers; and there would be rate and service negotiations as well as systems integration (one-stop shopping). Other options are to build upon the CALHEERS enrollment and eligibility system and the Covered California for Small Business system (Pinnacle). The board expects to release an RFP this month, approve a solution on October 8, select vision plan vendors in late October, and link to selected vendors in November. Additional options may be possible after the 2016 initial offering of vision plans.

Covered California is also looking at whether it should still require health insurance agents to help consumers enroll in Medi-Cal without compensation. One option is to allow agents to refer Medi-Cal applicants to county eligibility workers or other certified enrollers. This would connect consumers with the service channel that’s best positioned to help them. But consumers may not follow through, according to the board.

The board also detailed the following program updates that have gone already into effect:

Blue Shield of California Executive Pay Jumped 64% in 2012
The Los Angeles Times reports that Blue Shield of California increased executive pay by $24 million in 2012, a jump of 64% from the previous year, according to an audit by the California Franchise Tax Board. The $61 million figure appears to include some pay that went to executives who left the company in 2012. However, Blue Shield omitted such pay from a state filing on 2012 compensation for the insurer’s 10 highest-paid employees. The findings come as Blue Shield appeals the revocation of its not-for-profit tax exempt status in the state. In August 2014, the Tax Board decided that Blue Shield no longer qualified for exemption from state taxes as a not-for-profit company.

Older Californians: The Hidden Poor
More than three-quarters of a million older Californians are among the hidden poor with incomes above 100% of the Federal Poverty Level (FPL). The hidden poor are particularly vulnerable because they often have too much income to qualify for public assistance, but not enough to meet their basic needs as calculated by the Elder Index. In California, the hidden poor include 31% of single elder heads of households and 21% of older couple heads of households.The highest rates are among renters, Latinos, women, those who are raising grandchildren, and people in the oldest age groups. Many public assistance programs use the FPL to determine whether a person is eligible to get assistance for basic needs, such as health care and housing. The FPL is one uniform amount across the United States and does not account for the higher costs of housing and other expenses in California. The Elder Index is calculated at the county level. Second, the FPL was designed in the 1960s and was based on consumption patterns and standards of living among young families in the 1950s. It has been updated to account only for inflation, not for the increased standard of living.

The Elder Index is based on the basic living expenses of older adults. The geographical variation and actual costs of basic expenses in the Elder Index provide a more accurate picture. In 2011, the single nationwide FPL for an older adult living alone was $10,890. However, the average cost of basic living expenses as measured by the Elder Index was $23,364 for single older renters in California. Many single elders with incomes above the FPL, but below the Elder Index don’t qualify for assistance. For example, recipients of food assistance (SNAP, called CalFresh in California) cannot have net incomes above the FPL. The maximum income for Medicare Part D prescription assistance is 150% of the FPL. The authors suggest raising thresholds for income and asset eligibility for social support programs, such as Supplemental Security Income, housing, health care, and food assistance. For more information, visit healthpolicy.ucla.edu.

Former Probation Officer Arrested While on Probation for First Fraud Conviction
A former Los Angeles County probation officer, Robyn Palmer, 29, of Long Beach, was arrested on six felony counts of insurance fraud for allegedly forging documents to collect $24,000 in disability insurance benefits from Aflac. At the time of her arrest, she was on probation for a similar offense. Palmer was previously convicted on 14 felony counts of insurance fraud, forgery, wire fraud, and grand theft in May 2014 for illegally collecting disability benefits from Allstate. Palmer was originally sentenced to five years’ probation and ordered to pay restitution of $31,122. She continued to collect these benefits while on probation for her original fraud conviction. Palmer is being held at the Century Regional Detention Center in Lynwood, CA in lieu of $150,000 bail. This case is being prosecuted by the Los Angeles District Attorney’s Office. If convicted, Palmer could be sentenced to five years in state prison.

HEALTHCARE
What You Need to Know for Medicare Fall Open Enrollment
Medicare’s Fall open enrollment occurs from October 15 to December 7, and is the time of year when people with Medicare can make unrestricted changes to their coverage. As we approach Fall open enrollment, the Medicare Rights Center offers the following important updates for 2016:

An Argument Against the Cadillac Tax
The Cadillac tax on overly generous health insurance plans seemed fairly reasonable at the time the ACA was enacted, writes Dana Beezley-Smith, Ph.D., in the fall issue of the Journal of American Physicians and Surgeons. A 40% excise tax on insurance plans valued above a dollar threshold, the Cadillac tax takes effect in 2018. Although assessed against insurers, it will be passed along to employers through higher premium costs. The tax will eventually target even the skimpiest policies because the threshold is indexed to ordinary inflation rather than to the higher rate of increase in healthcare costs.

The Congressional Budget Office (CBO) projected that the tax would reap $201 billion from 2013 to 2109, and that receipts would grow by roughly 10% to 15% per year in the following decade. Remarkably, very little of this revenue was expected to result from direct taxation of insurance plans. Companies were expected to devalue or drop coverage to avoid the tax. Instead, most receipts were thought to accrue from payroll and income taxation of worker pay raises. This is how the tax was portrayed as a boon to workers, rather than a financial burden. Beezley-Smith says that there is little evidence to support this theory. Workers might pay for benefits in decreased wages, but cutting benefits does not necessarily result in pay raises.

Older Americans Face Oral Healthcare Barriers
More than half of low income older adults have not seen a dentist in the past year, with most citing lack of income or lack of dental insurance as the reason, according to a survey conducted by the Harris Poll on behalf of Oral Health America (OHA). According to the survey, sponsored by the DentaQuest Foundation, 71% of respondents said their doctor rarely or never discusses how medications can affect oral health; and 66% said the same of their pharmacist. For more information, visit oralhealthamerica.org

Not Many Small Groups Are Self-Insuring
One of the concerns about the ACA is that small firms (with fewer than 50 workers) may shift to self-insured health benefits to avoid various regulatory provisions of the ACA. However, recent data from EBRI shows that trend is not happening so far. In 2013, 38% of private-sector employers self-insured at least one of their health plans, up from 27% in 1999. This allows them to avoid various state-law health mandates that apply to fully-insured health plans.

LIFE INSURANCE
Lack of Understanding Leaves Almost Half of Americans Without Life Insurance
Only 51% of Americans own life insurance; a primary reason is that the product is highly misunderstood, according to a Northwestern Mutual study. Fourteen percent of U.S. adults say they don’t own life insurance because they don’t know much about it or never thought about it. Forty-three percent say that life insurance is too expensive, and 31% say that it’s a low priority compared to other expenses. The survey also reveals the following:

CAHU Healthcare Summit in LA This Month
CAHUs Healthcare Summit will be held September 29 and 30 in Universal City, Calif. It will feature an individual carrier panel and a showcase of new vendors and exhibitors with technology and innovative solutions for agents. It will also feature important legislation, a small group carrier panel, and more time with the technology, general agents, and carrier exhibitors. For more information, visit cahu.org.

Premium Financing Webinar
Succession Capital Alliance is sponsoring its Advanced Premium Financing webinar on Thursday, September 10th at 11:00 am PST. The Webinar that will address the new NAIC guidelines and how they will influence the way premium financing is illustrated. For more information, visit successioncapital.com.