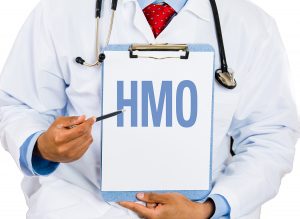 California’s commercial HMOs outperform commercial PPOs on most clinical quality measures. They also consistently provide less costly care. The average yearly cost is $4,245 per HMO enrollee versus $4,455 per PPO enrollee, according to the California Regional Health Care Cost & Quality Atlas. The report comes from the Integrated Healthcare Assn., the California Health Care Foundation, and the California Health and Human Services Agency. Differences in benefit designs don’t explain the cost variation since the total cost of care includes enrollee cost-sharing (deductibles and coinsurance) as well as insurance payments to providers.

HMOs may be performing better because they rely on integrated care networks, which generally accept capitation (fixed per-member, per-month payments). So they are accountable for the patients’ health and are generally rewarded for it, according to the report. So why is HMO enrollment declining? PPOs are often less costly for employers since they reduce premiums with higher enrollee cost-sharing, such as deductibles and coinsurance. But employers should look at the whole picture since HMOs produce superior results when you consider quality and the total cost of care, according to the report.

When Kaiser Permanente is removed from the analysis, the difference in clinical quality between HMOs and PPOs is cut by about half. Also, the performance difference on risk-adjusted total cost of care narrows substantially, but HMOs still outperform PPOs.

If all commercially insured Californians got the same quality of care as top-performing regions, nearly 200,000 more people would have been screened for colorectal cancer and 50,000 more women would have been screened for breast cancer in 2013. If care is provided to all Californians at the same cost as in San Diego, the cost of care would decrease 10% for commercially enrolled people. Many factors contribute to regional performance, including socioeconomic characteristics and the availability of medical services.

Medicare Advantage
The quality and cost of care varies widely for seniors enrolled in Medicare Advantage. For example, in North Bay counties, 91% of women have gotten appropriate breast cancer screening compared to 70% in the Eastern region 13. The average annual per-enrollee total cost of care for Medicare Advantage enrollees ranges from $11,500 in San Diego County to $14,500 a year in Los Angeles region.

Cost of Care
Geographic variation in cost of care is dramatic—a difference of $1,800 in the average annual per-enrollee total cost of care between the most costly and least costly regions. With one exception, all Northern California regions have higher annual per-enrollee costs than the statewide commercial average of $4,300 while all Southern California regions fall below the statewide average. Central California regions show mixed results on cost. HMOs have a lower average total cost of care than do PPOs in 12 of the 18 regions. More tightly managed care in HMOs may contribute to a lower cost of care. Yet, inpatient bed days and readmission rates are similar for HMOs and PPOs. Emergency department visit rates are actually higher for HMOs. The statewide average annual per-enrollee cost of care for commercially insured Californians is $4,300. Kern County is the least costly HMO region. It’s $1,800 per enrollee, per year less than in Santa Clara County, which is the costliest HMO region. The least costly PPO region is Los Angeles at $2,400 less than San Francisco County, which is the costliest PPO region. For more information, visit http://costatlas.iha.org.

EPIC Sells North Bay Operations to InterWest
EPIC Insurance Brokers & Consultants sold its Petaluma branch office and the book of business to Sacramento-based InterWest Insurance Services. Founded in 1992, InterWest has grown to eight offices in the North Bay, San Francisco Bay Area, and in Central California. The Petaluma office acquired from EPIC is its 9th, extending North Bay operations in Santa Rosa. EPIC West Region president Tom O’Neil said, “EPIC has been evolving toward national specialty practices and resource teams, supporting larger regional operations here in the West and across the country. InterWest has built a very successful business by focusing on smaller niche regional markets like the North Bay.”

CO-OP Files Risk Adjustment Lawsuit
Minuteman Health filed a lawsuit in Boston federal district court against the Obama administration over the ACA’s risk adjustment program. On June 30, Minuteman was ordered to pay $16.7 million under the Risk Adjustment formula. The Risk Adjustment program is meant to compensate insurers in the individual and small group markets whose enrollees are considered to be sicker and, therefore, costlier. Insurers compensate each other for taking on sicker customers. The theory of risk adjustment is that plans should not fail or succeed just because they attract sicker or healthier enrollees, but should compete based on price, efficiency, and quality. Minuteman argues that the program favors big insurers, has caused tremendous destabilization, and has wreaked havoc on thousands of consumers who are trying to find an affordable health insurance policy.

Minuteman CEO Tom Policelli said, “Congress directed CMS to transfer funds between insurers based on the health status of their members. Instead, CMS created a program that rewards expensive insurance companies who cater to consumers buying expensive products. CMS penalizes innovative, lower-premium carriers…That is not what Congress directed CMS to do.” The complaint also alleges that the program penalizes issuers that sell Bronze products and that it does not calculate members’ actuarial risk correctly .

CMS has acknowledged that the federal risk adjustment program needs to be fixed, but those changes will come too late for many issuers and their members. Minuteman has been generating positive cash flow through 2015 and is the only Consumer Oriented and Operated Program CO-OP member not under a CMS Corrective Action Plan. “Our operating fundamentals are strong. We can afford to make these payments, but that isn’t the point. We cannot continue to allow CMS to take our members’ money illegally and give it to more expensive insurance companies. CMS has essentially created a reverse Robin Hood program that harms consumers, small companies, and taxpayers,” says Policelli. For more information, visit choicescoalition.org.

Pets Inspire 401(k) Contributions
Mass Mutual is encouraging retirement plan savers to increase their contributions to their employer’s 401k or other retirement plan. The company launched an e-mail and direct mail campaign featuring pets. MassMutual’s pet campaign directs savers to RetireSmartPets.com. Visitors are invited to share photos of their furry friends on social media and to increase their retirement plan contributions. The owner of the pet who receives the most votes at the end of the year wins an iPad. As much as $43 million in additional deposits in 2016 can be attribute to the campaign. The campaign enjoyed the highest response rate ever for those making additional savings.

Benefit Trends Around the Globe
Employers around the world are concerned about finding and retaining skilled talent, according to a MetLife study. Recruiting is a challenge for more than half of employers, including 69% in India, 66% in China, 54% in Poland and, 53% in the United Arab Emirates. Talent shortages are a concern in Russia, China Poland, UK, United Arab Emirates, and India. Employers in countries that don’t have as much of a talent crunch have different staffing problems. For example, only 8% of Egyptian employers say they’re affected by a talent shortage, but 37% of workers say they would like to be working elsewhere within a year.

Nearly one-third of workers say that a better benefit package could persuade them to stay with their employer, including 58% in China, 57% in the UK, 53% in the United Arab Emirates, and 51% in India. In fact, 47% of Egyptian workers who are looking to change jobs in the next year said that a better benefit package would be a reason to stay. It’s the second most important motivator. Benefits are an even bigger recruitment and retention tool for multi-national companies operating in developing markets:

Maria Morris of MetLife Global Employee Benefits said, “As demand for employee benefits grows, we’ll see more and more local companies implementing total rewards packages.” Voluntary benefits are growing rapidly in the U.S. and around the world, says Morris. Fifty-five percent of workers want their employer to provide more non-medical benefits to purchase and pay for on their own. Similar to the U.S. results, nearly 50% of all workers where the study is conducted are seeking a wider array of voluntary benefits, except in Australia and the UK. Eighty-three percent of employers who offer voluntary benefits do so because it’s cost effective, and 64% do so because it is convenient. “Particularly for voluntary benefits like life insurance, we’ve seen a lot of interest coming from employers for more coverage, which has been driven by employee demand,” says Hemant Khera at PNB MetLife India. In response to this demand, MetLife created an online portal for voluntary life insurance products, which launched in the spring of 2016 and has enjoyed initial success.

MetLife U.S. Retail Business to Re-brand as Brighthouse Financial
MetLife will re-brand its U.S. Retail business as Brighthouse Financial. In January, MetLife announced its plans to separate a substantial portion of its U.S. Retail business. The company is evaluating options on the structure and timing of the separation. Steven Kandarian, MetLife chairman, president and CEO says, “As a separate entity, Broighthouse will benefit from greater focus and more flexibility in products and operations. This separation will also bring significant benefits to MetLife as we focus…more…on our group business in the U.S…as well as on our international operations.” Brighthouse Financial will be led by MetLife executive vice president Eric Steigerwalt. For more information, visit www.metlife.com.

Company Buys Dental & Vision Company
Unum purchased H&J Capital, LLC, parent of Starmount Life Insurance Company and AlwaysCare Benefits. Starmount is an independent dental and vision benefits company. Unum president and CEO Rick McKenney said, “This is an excellent fit for our Unum US and Colonial Life businesses and is an important component of our long-term strategic growth plan.”

International Medical
The Blue Cross Blue Shield Association BCBSA introduced a suite of newly branded, international private medical insurance products for multi-national employers and individuals traveling globally. There are options for U.S. workers in other countries, foreign nationals in the U.S., and foreign nationals in other non-U.S. countries. Newly branded products, sold by GeoBlue, include the following:

Hispanic Health Insurance Literacy Tools
FAIR Health introduced educational tools and articles for Spanish-speaking consumers. For example, the article “Immigration and Health Insurance Coverage: What Are Your Options?” has been translated into Spanish. The article gained widespread media attention when published in English for the simple and straightforward way it explains public health coverage options available to immigrants. For more information, visit fairhealthconsumer.org.

Easy-To-Buy Annuity
Vantis Life Insurance is offering “TaxSaver Freedom,” a series of easy-to-understand annuity products with competitive rates. Vantis Life primarily sells through banks and credit unions. The company created the products without complicated features that are typical of indexed and variable annuities. TaxSaver Freedom annuity products offer competitive, fixed interest rates guaranteed for five or seven years. The rates range from 2% to 2.5%. One variation also offers a guaranteed return-of-principal during the guarantee period. All versions offer nursing care facility waivers and terminal illness waivers. There are no front-end loads or annual fees. The minimum investment from non-qualified funds is $5,000 and the maximum is $500,000. Taxes on interest earned during the life of the annuity are typically deferred until funds are withdrawn, generally when the individual is subject to a lower effective tax rate. Unlike some other annuities, the new Vantis products are not automatically renewed with new surrender charges at the end of the term. For more information visit vantislife.com.