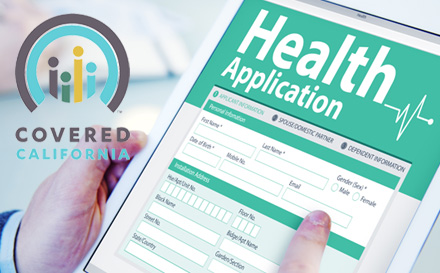 Covered California executive director Peter Lee said, “The sheer numbers and health of our enrollees allowed us to sit down with the health insurance companies and negotiate rates downward, which will save our consumers more than $200 million in premiums.” In 2013, Covered California discontinued health plans that did not meet basic standards. Lee said that this decision stabilized the market and helped create a healthier pool of enrollees. Lee said, “Covered California used recent data analysis in its negotiations with plans to prove that our mix of young and ethnically diverse enrollees are among the healthiest in the country; health plans responded by lowering their rates.”

Because of the ACA’s reinsurance and risk adjustment programs, premiums are lower, in general, and health plans cannot benefit by seeking to enroll a healthier population. Lee noted that Covered California is an active purchaser, which means that it can choose which plans participate in the exchange and negotiate the rates, networks, and quality elements to get the best value. Covered California’s standard benefit design creates a level playing field in which health insurance companies must compete on price and quality, Lee added. For details on factors that went into the rates, visit CoveredCA.com/news.

UnitedHealthcare will be offering coverage in California in pricing regions one, nine, 11, 12 and 13. Oscar is a new health insurance company that offers intuitive technology tools to guide members to better care. Oscar will offer plans in regions 16 and 18.

Californians in large metropolitan areas will have five to seven health insurance companies to choose from. In 2016, 99.6% of Covered California members will be able to choose from three or more carriers. All will have at least two to choose from. This is an improvement for consumers who live in areas that have historically had a limited choice of providers. In 2016, more than 90% of hospitals in California will be available through at least one health insurance company; 74% will be available through three or more companies. Additionally, several quality health care improvements were achieved as part of Covered California’s negotiating process. For more details on the plans in specific pricing regions, see the booklet Health Insurance Companies and Plan Rates for 2016, posted online at CoveredCA.com.

Reactions to Anthem/Cigna Merger
Anthem and Cigna have entered into a definitive agreement whereby Anthem will acquire all outstanding shares of Cigna in a cash and stock transaction. The Anthem board of directors will be expanded to 14 members. David Cordani and four independent directors from Cigna’s current board of directors will join the nine

Joseph Swedish, president and CEO of Anthem said, “The Cigna team has built a set of capabilities that greatly complement our own offerings and the combined company will have a competitive presence across commercial, government, international and specialty segments. “The complementary nature of our businesses will allow us to leverage the deep global health care knowledge, local market talent, and expertise of both organizations to ensure that consumers have access to affordable and personalized solutions across diverse life and health stages and position us for sustained success,” said David M. Cordani, president and CEO of Cigna. The transaction is expected to close in the second half of 2016, pending state regulatory approvals.  Anthem is confident in its ability to obtain all necessary regulatory and other approvals.

Steven Stack, MD, president of the American Medical Association said, “The lack of a competitive health insurance market allows the few remaining companies to exploit their market power, dictate premium increases, and pursue corporate policies that are contrary to patient interests. Health insurers have been unable to demonstrate that mergers create efficiency and lower health insurance premiums…The U.S. Department of Justice has recognized that patient interests can be harmed when a big insurer has a stranglehold on a local market. Federal and state regulators must take a hard look at proposed health insurer mergers. Antitrust laws that prohibit harmful mergers must be enforced and anti-competitive conduct by insurers must be stopped.” “Based on federal guidelines, the proposed Anthem-Cigna merger would be presumed to be anticompetitive in the commercial, combined (HMO+PPO+POS) markets in nine of the 14 states (NH, ME, IN, CT, VA, CO, GA, NV, KY) in which Anthem is licensed to provide coverage,” he added.

An AMA study of the 2008 merger involving UnitedHealth Group and Sierra Health Services found that premiums increased after the merger by almost 14% compared to a control group. The study reveals a serious decline in competition among health insurers with nearly three out of four metropolitan areas rated as highly concentrated. In fact, 41% of metropolitan areas had a single health insurer with a commercial market share of 50% or more.

Keith Fargo, PhD of the Alzheimer’s Assn. said, “As Baby Boomers get older, the number of people developing the disease will rise…far beyond anything we’ve ever seen. Fortunately, there is a pipeline of experimental therapies that have the potential to delay the onset of Alzheimer’s and perhaps even prevent the disease.”

Fargo said, “Alzheimer’s is extremely underfunded compared to the magnitude of the problem. If we’re going to change the current trajectory of the disease, we need consistent and meaningful investments in research from the federal government to ensure a more robust pipeline. Where we’ve made significant commitments – heart disease, cancer, HIV/AIDS – we’ve generated effective treatments and prevention strategies, and reduced death rates. Now is the time to do the same for Alzheimer’s disease.”

An Alzheimer’s Association report released this year, “Changing the Trajectory of Alzheimer’s Disease: How a Treatment by 2025 Saves Lives and Dollars.” According to the report, a treatment that delays disease onset could save $220 billion within the first five years of its introduction. It would also cut the number of people who have the disease in 2050 by 42% – from 13.5 million to 7.8 million. For more information, visit alz.org/aaic.

How Consumers Make Elective Healthcare Decisions
When making elective healthcare decisions, consumers do extensive research about the procedure and how they are going to pay for it, according to a study conducted on behalf of CareCredit. Consumers take an average of 76 days to conduct research. Consumer research is conducted online and off, including a preliminary visit to the provider’s office and discussions with family and friends. Cost is considered at the same time as other factors, including whether to invest in the procedure or device itself and the selection of provider. Seventy percent of respondents researched the procedure while 73% researched costs, including the availability of financing. The survey of CareCredit cardholders also reveals the following:

Pharma Company Criticized for Blacklisting Patients to Punish Insurers
The AIDS Healthcare Foundation (AHF) criticized Gilead Sciences and its CEO John Martin over news that the Bay Area drug giant is pushing certain Hepatitis C patients from its lifesaving Gilead Patient Assistance Programs (PAP) if a patient’s health insurer refuses to cover the drug or puts limits on their coverage. AHF says that the drug company is disqualifying thousands from its PAP. According to a community letter Gilead has circulated, the drug maker is changing its patient assistance program criteria to exclude patients whose insurers have set limits, or are only willing to cover AbbVie’s competing Hepatitis C treatment, the Viekira Pak.

Michael Weinstein, president of AIDS Healthcare Foundation said, “If a patient’s insurer balks at paying the $1,000 per pill cost of Sovaldi or the $94,500 cost of Harvoni, Gilead may now deny the patient medication access via its own patient assistance program…Gilead is holding Hepatitis C patients hostage as a negotiating strategy with health insurers for drugs that they ridiculously overpriced in the first place, so whatever discounts Gilead offered are most likely rendered moot. Gilead has always been at the forefront in overpricing its medications and price gouging government programs, but this is entirely new territory—it so plainly shows what little regard and compassion Gilead actually holds for patients. Blacklisting these patients is nothing more than a means for Gilead to pressure—shake down, really—the patients’ insurers.”   For more information, visit aidshealth.org.

EMPLOYEE BENEFITS
Most Voluntary Benefit Companies Use Social Media
Over 70% of the voluntary carriers surveyed by Eastbridge use social media marketing compared to only 29% in 2009.  The study also finds the following:

FINANCIAL PLANNING
Successful Advisors Use Robo-Advice for Older and Wealthier Clients
Contrary to popular belief, registered investment advisors and fee-based financial advisors use robo-advice for wealthier and older clients. A robo-advisor is an online wealth management service that provides automated, algorithm-based portfolio management advice. The study by Jefferson National finds that the most successful advisors are early adopters when it comes to using technology, including robo-advisors.

Still, just 19% of advisors use robo-advice. Only 15% of advisors who are not using robo-advisors say they are very likely to integrate this model into their practice in the next 12 months. Even advisors who are familiar with the robo-advice model are almost evenly divided on their outlook. While 48% say robo-advisors do not pose a threat, 42% say robo-advisors do pose a threat. Mitchell H. Caplan, CEO of Jefferson National said, “While there is no replacement for…holistic guided advice,…this new generation of digital advisory solutions can be incorporated into a successful advisor’s practice to create greater efficiencies and create more value for their clients. The most successful advisors understand that rather than being a threat, robo-advisors are an important part of a comprehensive offering.” For more information, visit jeffnat.com/advisorauthority.

Benefit Enrollment Tool
Rally Healthbenefit enrollment has launched Rally Choice. It provides consumers education and guidance to make health benefit decisions. It takes them through the enrollment process when signing up for health benefits offered through their employer or health insurance provider. With Rally Choice, they can research, compare and purchase their benefits through an intuitive, guided experience that helps them better understand the often complex benefits options available to them. For more information, visit RallyHealth.com.

Access to Hospital Discharge Data
The Agency for Healthcare Research and Quality has released Fast Stats. The online tool allows users to analyze state-by-state information on hospital discharges, including all-payer data on discharges in 2014 from 17 states. It provides information on the number of discharges paid for by Medicare, Medicaid and private insurance, and the uninsured, for categories of conditions – surgical, mental health, maternal, injury and medical. For more information, visit hcup-us.ahrq.gov.

Online Eye Exams
Opternative, the world’s first online eye exam service, is now available to provide convenient and affordable physician-issued prescriptions for glasses or contacts. By using a computer and smartphone, consumers can take a 25-minute or less eye exam from home and get a prescription within 24 hours to use at any online or neighborhood optical retailer. Opternative exams cost $40 for a prescription for glasses or contacts. Prescriptions are issued and signed by an ophthalmologist licensed in the patient’s state. There are no additional fees.  For more information, visit Opternative.com.

Employee Program
Colonial Life is teaming up with Entrepreneur Magazine to help small businesses develop a culture of employee ownership. Called “entreployees,” these workers are encouraged to think like entrepreneurs: take responsibility, innovate, and voice their opinions. The payoff is a team that performs better and is more satisfied. The program runs July through November and includes a series of articles on how small business owners can develop “entreployees”. The articles will be promoted on Entrepreneur’s website and hosted on Colonial Life’s small business website. The website also offers new content on how businesses can identify, develop and get the most out of their “entreployees”. For more information visit coloniallife.com.