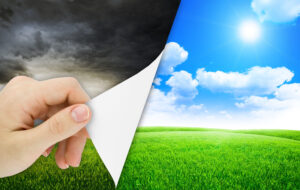 Many of you — including America’s Health Insurance Plans (AHIP) — may be ready to turn the page to brighter times, but darn if it isn’t taking some time. ThinkAdvisor has an excellent account of the recent election. Read it here.

If you’re big on social media, you know that #coup and #coupd’etat are trending. Scroll down to the bottom of this newsletter for a Q&A about coup d’etats with Aron Solomon, senior digital strategist for NextLevel.com and an adjunct professor at the Desautels Faculty of Management at McGill University.

LIMRA research shows 26% of employers are considering changes to their insurance offerings as a result of the pandemic. According to the study conducted in June 2020, 20% have dropped or are considering dropping at least one insurance benefit as a cost-savings measure. In addition, while most employers are not currently considering making any changes to benefit cost-sharing as a result of COVID-19, nearly 1 in 5 employers might require employees to pay a greater share of the cost for some benefits.

Yet 40% of employers say the coronavirus pandemic has affected their views about the importance of benefits, and the shift is almost universally towards viewing benefits as more important. LIMRA finds that employers believe benefits directly related to healthcare — such as hospital indemnity, critical illness, and major medical plans — are more important now than before COVID-19. They have also expressed increased interest in offering some supplemental non-insurance benefits, particularly telehealth services, mental health benefits, and employee assistance programs, in response to the pandemic. From the employee perspective, more than half of employees (54%) view their insurance benefits as more valuable than they did before the pandemic.

A recent study by FRISS, a leader in AI-powered fraud detection software for insurers, gathered input from nearly 500 insurance professionals worldwide about AI and fraud detection. Key findings of the fraud study include:

The full report is available here.

We just received word that a new pet telehealth company is about to launch. Keep your eyes peeled for  Vetster.  The company bills itself as “an innovative pet wellness platform that virtually connects pet owners to a marketplace of licensed veterinary professionals…”  Sounds like a pretty good idea, yet we don’t know if the platform is included in any pet insurance products. Vetster is scheduled to launch November 16.

SCAN announced that Michael Plumb has been appointed CFO. Plumb is expected to help SCAN develop new lines of business and expand its offerings to new communities. Previously, Plumb served as Chief Financial Officer of CareMore Health and Aspire Health, divisions of Anthem Inc. SCAN also announced that Dr. Linda Rosenstock, dean emeritus of the UCLA Fielding School of Public Health, has been elected its new board chair.

The latest news from CAHU’s WLS committee is that the CAHU Women’s Leadership Summit will now take place April 7 –9, 2021, at Green Valley Ranch in Las Vegas. Questions should be emailed to info@cahu.org.

What is a Coup D’etat?

Coup d’etat is trending on social media. This Q&A is everything you thought you’d never need to know about the political and legal construct known as the coup d’etat.

A coup d’etat is the illegal overthrow of an existing government.

Most coups d’etat are run by aspiring dictators or political and military factions opposing the government.

In his essay on violent civil conflict, Ted Gurr argued that the coup d’etat “can alter political processes and social institutions as drastically as classic revolutions.”

Can there be a coup by simply refusing to leave office?

Theoretically, sure. Where a new government has been rightfully elected and it is time for the peaceful transition of power, a refusal to vacate the office is a de facto coup.

Why does a coup d’etat happen?

The short answer is that we don’t know.

Scholars have examined this very closely over the past half century or so and honestly haven’t come up with much to help us today.

A crisis can be the catalyst for a coup d’etat. In 2020, we have endured multiple crises, including a global pandemic, seismic shifts in the economic prosperity and future prospects of the vast majority of Americans, and deep political uncertainty stemming from the publication of digital misinformation.

For those who want to dive deeper into the topic, here are some excellent academic resources on the subject (see the footnotes particularly) but aside from some variation on money or power or both, the reasons are complex. In 1964, a paper by Morris Janowitz looked at the role of the military in the development of new nations. Often a military coup was undertaken as a vehicle for modernization of the nation but these new military governments had very few cases of success.

In a 2009 journal article by Rosemary H. T. O’Kane, discusses that while the coup d’etat is a general phenomenon, we study them individually. Part of the thesis of her paper was that we need better theories about the coup d’etat itself above and beyond looking at them through the lens of wider political instability, which certainly seems relevant to us today.

Perhaps most relevant to our post-election analysis in the United States is a ThoughtCo essay on the nature of coups. The essay addresses how a coup can begin and what structural changes, if any, it may seek to bring:

As a key to success, groups attempting coups typically seek to gain the support of all or parts of the country’s armed forces, the police, and other military elements. Unlike revolutions, which are undertaken by large groups of people seeking sweeping social, economic, and political change, including the form of government itself, a coup seeks only to replace key government personnel. Coups rarely change a country’s fundamental social and political ideology, such as replacing a monarchy with a democracy.

What countries have had the most coups?

If you’re one of the people responsible for making #coup a trending topic today and want to dive a little deeper, a good place to start your coup education is Wikipedia. They have a comprehensive list organized by nation.

In fact, there have been so many coups in Chile that Wikipedia simply refers you to a separate page that lists Chilean coups d’etat over the past 300 years. It’s truly fascinating reading.

How many coups have there been in the United States?

First, the United States has always preferred the terminology “rebellion”. For Americans, rebellion has a connotation of freedom and democracy, while a coup d’etat is viewed as something done by others — violent people in faraway lands.

There have been around 30 rebellions in the United States since Bacon’s Rebellion in 1676. No, it had nothing to do with bacon. Sadly.

A 2017 study by the Pew Research Center found that the coup d’etat is becoming far less popular than it used to be. This may be in part because the success rate in actually pulling off a coup d’etat is way down.

Not all coups succeed: 328 attempted coups have failed in the 177 countries tracked by the center. In fact, the success rate of coup attempts has fallen over time. Only a quarter of the 24 coups attempted so far this decade have succeeded (including Zimbabwe’s, though the situation there is still fluid), compared with well over half between 1946 and 1969.

Could there really be an American coup?

I’m going to share a personal story here. I’ve been lucky enough in my life to travel over 3 million miles for business. I’ve seen and lived in a lot of parts of the world.

In Santiago, Chile, I’ve been in the architecturally stunning buildings at the university that used to be the faculties in which brilliant scholars taught aspiring students. In the 1970s, these were among the historically important buildings that became torture chambers following the coup d’etat of Pincohet that deposed the rightful president, Allende.

Perhaps the two most important lessons for us from the 1973 Chilean coup are that the foundation for a successful coup is laid over months and years and that there was covert US involvement in the Chilean coup. While not the first or last time the US has been involved in covert actions leading to regime change, what is interesting here is that many of our current coup theories also involve foreign involvement. One imagines which powerful nations might be in favor of the current US administration continuing for four or many more years, and which nations would actively and passive oppose the coup d’etat.

While the preponderance of data has historically suggested that a coup d’etat is unlikely in the United States due primarily to centuries of civilian rule and the wealth of the nation, we are decidedly not living in normal times. Sometimes it takes a perfect storm of profound societal unrest to bring about a coup and only history will tell if where we find ourselves today is such a tempest.

Aron Solomon is the senior digital strategist for NextLevel.com and an adjunct professor at the Desautels Faculty of Management at McGill University.