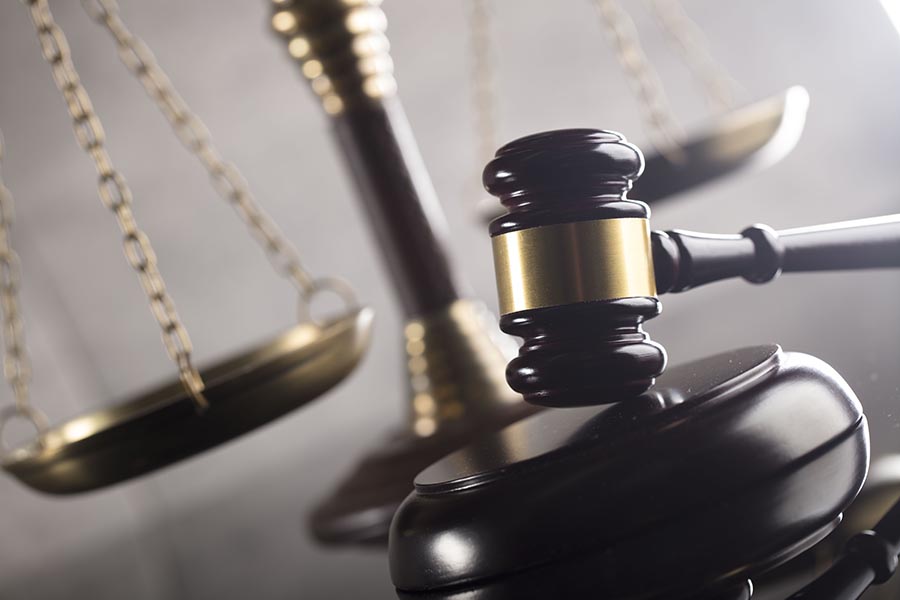 A federal judge in Washington, D.C., blocked the proposed mega-merger of health insurance heavyweights Anthem and Cigna. The $54 billion deal — Anthem was trying to acquire Cigna — would have created the largest health insurance company in the nation. The decision follows a similar ruling that halted Aetna’s bid for Humana Inc.

The judge’s ruling came in a lawsuit brought against Anthem and Cigna by the U.S. Justice Department and the attorneys general in 11 states. The lawsuit argued that the merger would violate antitrust laws — basically, Anthem and Cigna are so huge that, when combined together, they would smother competition in the health insurance marketplace. And that would be bad for consumers because it would reduce the incentive to keep costs low and would likely instead drive up the prices of insurance plans.

U.S. District Judge Amy Berman Jackson noted that Cigna and Anthem are two of only four insurers currently that offer a nationwide network capable of serving the country’s largest employers. That alone was reason to block the merger, she wrote, although she suggested that Anthem’s and Cigna’s combined might in other areas of insurance also caused concern.

“The proposed combination is likely to have a substantial effect on competition in what is already a highly concentrated market,” the judge wrote in her opinion.

More than seven years after angry anti-Obamacare town halls erupted across the country, raw emotions are boiling over again — this time, as the Republican Party under President Donald Trump gears up to dismantle Barack Obama’s legacy.

And the fury is flaring up in some of most conservative corners of the country. Two Republican members of Congress — Reps. Jason Chaffetz of Utah and Diane Black of Tennessee — were each confronted with impassioned constituents during simultaneous events. The shouted questions, emotional pleas and raucous protesters of the evening crystalized the GOP’s tough political road as it forges ahead with rolling back Obama’s accomplishments, including the Affordable Care Act.

In suburban Salt Lake City, local police estimated that some 1,000 people packed into a high school auditorium to see Chaffetz as hundreds more waited outside. For 75 minutes, the congressman confronted a crowd that fumed with resentment of Trump and accused Chaffetz of coddling the President. And some 1,700 miles away in the town of Murfreesboro, Tenn., Black was met with roughly 100 protesters at an “Ask Your Reps” event hosted by the Middle Tennessee State University’s College Republicans. The complaints about the pending repeal of Obamacare without a substitute in place were similar.

Obamacare Stalwart Molina Has Not Committed to Renewal

Molina Healthcare, a Long Beach health insurer known traditionally as a Medicaid provider, is one of the more important insurers in the Affordable Care Act marketplace, covering roughly 600,000 ACA enrollees in nine states, and its chief executive warns that Republican dithering over repealing and replacing Obamacare has the potential to damage the marketplace.

“We don’t know what Congress will do, and certainly President Trump is anything but predictable,” J. Mario Molina, the chairman and CEO of the company founded by his father in 1980, told the Los Angeles Times. He said his staff is already working on health plan offerings for 2018 — rate applications generally are due around April 1 — but the company hasn’t yet committed to participating in the ACA for next year.

“We don’t have to commit just yet,” he said. “We have some time before we have to make a final decision. We are waiting to see what Congress is going to do.”

A  withdrawal or cutback by Molina would be an enormous blow to the ACA. That’s not merely because of the size of its enrollment — roughly 6 percent of all health plan members in the country — but because of the philosophical commitment the firm has made to the ACA over the years. “We have always believed that participation in the health insurance marketplace is directly aligned with the Molina mission to provide healthcare to people receiving government assistance,” Molina has said.

Zenefits Lays Off 430, Moves to Arizona

Beleaguered San Francisco human resources startup Zenefits, known for an HR memo asking employees to stop having sex in the stairwells, is laying off 430 employees, or almost half its workforce, the company said, and will centralize its operations in Arizona.

The cuts and restructuring come as the company continues to grapple with continued fallout from a year of high-profile setbacks.

“This isn’t how any CEO would choose to spend his first week on the job,” CEO Jay Fulcher said in the email to staff first reported by Buzzfeed. “But I strongly believe these difficult decisions are essential in setting Zenefits up for success.”

The cuts are the third round of layoffs at the San Francisco based company in a year, and come just a week after Fulcher was named CEO — the company’s third in under a year.

About 430 workers will be cut, including 250 in Zenefits’ San Francisco headquarters and 150 in its office in Tempe, Ariz., leaving the company with about 500 employees.

The once-hyped company was beset by scandals for most of 2016. First it was put under scrutiny by regulators in multiple states on suspicion of selling insurance through unlicensed brokers; that news forced the resignation of founder and CEO Parker Conrad.

That led to a revelation that the company had access to a software tool that let them avoid California regulatory requirements for obtaining a license to sell insurance. Just weeks after that, the San Francisco Business Times reported that Zenefits had a hard-partying office culture that forced its HR director to request employees last summer stop having sex in the stairwells.

San Francisco Health Plan, a community health plan serving over 145,000 San Francisco residents, announced that it is the recipient of the 2016 Outstanding Performance in Quality Care from the California Department of Health Care Services.

Award rankings are determined by performance in the Healthcare Effectiveness Data and Information Set, a national set of measures for clinical care delivered to health plan members, developed by the National Committee for Quality Assurance.

SFHP’s scores for services provided reached the high performance levels in 12 out of 27 measures.

These results ranked SFHP first in the state for public health plans and third among Medi-Cal health plans. SFHP ranked second in the nation in the effectiveness measure of members with diabetes with their Hemoglobin HBA1c under control.

“Twenty years ago we began with the belief that every person living in San Francisco deserves access to quality, affordable health care,” said John F. Grgurina Jr., chief executive of San Francisco Health Plan. “As we get closer to reaching that goal, we are constantly pushing ourselves to develop and implement programs that are innovative and fiscally viable. I could not be more proud to work alongside our network of providers, our governing board, and the entire SFHP team as we continue to serve our members.”

NFP, a New York insurance broker and consultant that provides employee benefits, property and casualty, retirement and individual private client solutions, announced it has acquired Valued Pharmacy Services of the Midwest, Inc. and Healthcare Coalition for the Uninsured, collectively known as VPS. The transaction closed on Dec. 29.

The principals of the firm will assume new titles at NFP, with Mike Rogers as the managing director of pharmacy services, reporting to Ed O’Malley, president of corporate benefits and individual solutions.

“We’re excited to welcome VPS to the NFP family. VPS provides NFP with a national platform in the pharmacy benefit management space, an increasingly complex and vital aspect of employee benefits,” said O’Malley. “The acquisition also increases our consulting capabilities, which align with NFP’s growth strategy and dedication to offer more value for our existing client base as well as prospective clients.”

Blackstone in New York today announced that affiliated private equity funds have entered into a definitive agreement to acquire Aon technology-enabled benefits and human resources platform, currently part of Aon Hewitt, for cash consideration of up to $4.8 billion, including $4.3 billion at closing and additional consideration of up to $500 million based on future performance.

The business is the largest benefits administration platform in the United States, and a leading services provider for cloud-based HR management systems. It serves approximately 15 percent of the U.S. working population across more than 1,400 companies. Aon and the new, stand-alone company will continue to work together on behalf of shared clients and prospects.

“We are excited to acquire a world-class leader of scale in health, retirement, and HR services, providing critical human resources and benefits administration services to millions of employees and their families throughout the United States and Canada,” said Peter Wallace, a senior managing director at Blackstone. “Blackstone sees tremendous opportunity for investing in leading businesses within the technology-enabled services sector, where we believe there is a significant opportunity to accelerate future growth.”

The survey of 1,501 U.S. consumers found that the majority are willing to use a wide range of virtual health services. For instance, about three-quarters of respondents (77 percent) said they would use virtual services to track health indicators such as blood pressure, pulse and glucose levels; for follow-up appointments (76 percent); or to be examined for non-urgent health issues such as a rash or a sore throat (70 percent).

However, despite the widespread consumer interest, only one in five respondents (21 percent) said they have actually received health services virtually. For those who have received care virtually, the reasons they cited most often for seeking virtual care are: greater convenience than traditional in-person healthcare services (37 percent); familiarity using technology to manage their health (34 percent); and curiosity to try virtual health (34 percent).

Consumers said they would be more likely to “try virtual” if encouraged by a physician (cited by 44 percent of respondents) or a healthcare payer (31 percent).

Excess Loss was developed for two specific applications: First, for employers who are offering a Health Reimbursement Arrangement to their employees and desire to have their total risk exposure limited to a pre-determined level. Second, for smaller employers who are self-funding their medical benefits by using an aggregate stop loss policy in a state that imposes a minimum annual aggregate attachment point.

In either case, Employer Excess Loss Insurance can be written to provide a coverage layer which protects the employer from overall high medical claim risk exposure. The cost of coverage varies by the overall amount of risk protection purchased at the time of initial application.

Employer Excess Loss Insurance can be written alongside of almost any high deductible health plan that permits the wrapping of a reimbursement program. It is also approved for use alongside of several well-known stop loss insurer products including level-funding and similar programs.

Shepler & Fear General Agency developed this product in partnership with All Risk Limited and it is underwritten by an A-rated insurance carrier through the surplus lines market. It is available in most states. Surplus lines fees are included in the total cost of the product and are handled by All Risks Limited.

For more information about Employer Excess Loss Insurance or to obtain a quote for coverage contact Shepler & Fear General Agency, 1-877-361-7342 and ask for Jennifer Mason-Zoeller or David Fear Sr.

Frugoli will be responsible for new business development, program design and management, marketing and coverage placement, and will oversee Epic’s delivery of products and services to clients in the healthcare, consumer finance and banking industries. He will divide his time between Epic’s new presence in Idaho Falls, Ida., and Epic’s offices in Sacramento, Calif. Frugoli will report to Tom McCready, managing principal, Sacramento Property & Casualty Operations.

Frugoli brings more than 16 years of experience serving health care and financial services clients to Epic. He started his career in 2001 at US Bank N.A. where he was a vice president of branch investment advisory services, providing investment counseling, business planning and advisory services to physicians and other medical industry professionals.